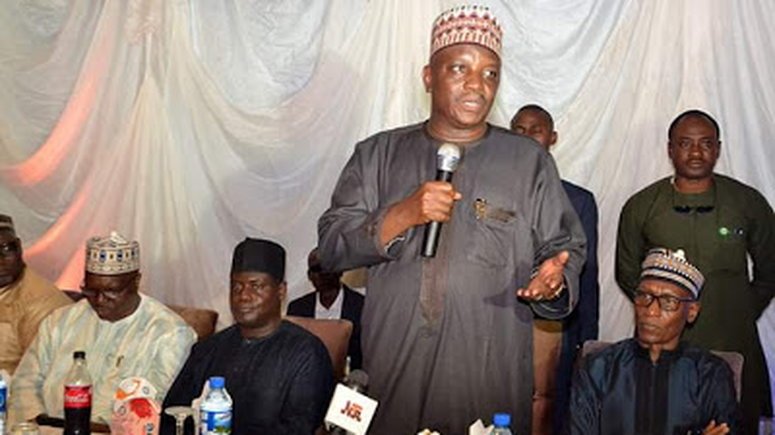 The federal government is currently working on various projects to improve electricity supply in Nigeria, the minister of power, Sale Mamman, has said.

Speaking at the event of his one year in office, he said over the past year, $6.150 billion (about N2.373 trillion) has been secured for infrastructural development and earmarked for critical projects.

According to a statement signed on Tuesday by the minister’s spokesperson, Aaron Artimas, the grants have been earmarked for critical projects.

“I am glad to state that, to date, $6.150 billion have been secured for infrastructural development. The total sum has been earmarked for the following critical projects,” the statement quoted him as saying.

The breakdown of the projects shows that $2.3 billion for Siemens, $1.6 billion for Transmission Rehabilitation and Expansion Programme (TREP), $1.7 billion for Distribution, $550 million for the Nigerian Electricity Project (NEP), a rural electrification project being funded by the World Bank and the African Development Bank (AFDB).

Mr Mamman said with the fund, the ministry has begun implementing critical infrastructure to transform the generation, transmission, and distribution of 25,000MW of electricity by 2025.

He also said the Siemens project will raise power to 7,000MW in the first phase which just began, focusing on quick wins for both TCN and DisCos.

The expected projects under the Siemens deal include 105 substations rehabilitation, building 70 new substations, manufacturing and installing 35 power transformers, and installation of 3,765 distribution transformers. There will also be over 5,000 kilometers of transmission lines to be constructed.

According to the statement, TCN is also implementing the $1.6bn Transmission Rehabilitation and Expansion Programme (TREP) with funding from development partners like World Bank, AfDB, JICA under the minister’s supervision.

He said key projects impacted include Alaoji-Onitsha and Kaduna-Kano power line, among others.

The minister said the Zungeru Hydroelectric Power Plant is at a 73 percent completion level.

The plant is worth $1.2 billion and it is expected to generate 700MW.

The 3050MW Mambilla hydropower project is expected to increase the national grid by 30 percent.

It is worth $5.7 billion with 85 percent funding ($4.85billion) from China while the federal government is providing $850 million funding.

The minister said the 40MW Kashimbilla hydropower plant in Taraba has been completed.

“We are currently working on the development and expansion of transmission lines to evacuate the power from the project site to areas of distribution,” he said.

Besides this, the minister said he is working to increase energy access for an estimated 80 million Nigerians that are without electricity access.

Through the Rural Electrification Agency (REA), the minister said the government is mapping unserved clusters to provide a digital database of the distribution grid system.

“We have secured $550 million NEP (WB/AFDB) for off-grid electrification,” which it is using to power universities and rural areas.

With the mini-grid regulation, Mr. Mamman said access to electricity is improving through REA.

“As of 2019, we had 4 million off-grid connections. We aim to add another 5 million in the next 18 to 24 months under the recently approved Economic Sustainability Programme.”

The minister said that efforts to close the gap between generation capacity and distribution as a means of reducing losses with individual capacity are ongoing.

He said that the sector was already struggling with a huge loss of more than N254 billion from unutilized power.

“Just on August 18, TCN achieved an unprecedented peak distribution of 5,420MW of power to the DisCos, being the third of such milestones.

“This is coming even as the ministry has attained a 24-hour transmission period as against the previous eight to 10 hours per day,” he said.