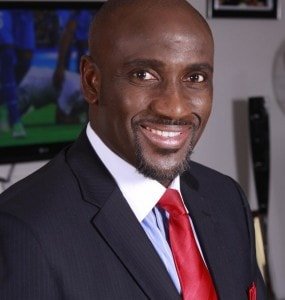 Share FacebookTwitterWhatsAppEmailTelegram
.
Rev. Yomi Kasali, founder and senior pastor of the Foundation of Truth Assembly, and Chairman, Nigerian Christian Pilgrim Commission (NCPC) addresses issues arising from the CAMA controversy.
Rev. Yomi Kasali, What’s your take on the recently amended CAMA?
I have not studied it, and I don’t usually like to make comments on things I have not studied. It’s very dangerous. I have read a couple of commentaries on the amended act and those commentaries can inflame the polity. However, if it has to do with the Registrar of the Corporate Affairs Commission having the power to deregister organizations and remove trustees, I do not see that as wrong because it’s either of two choices, if I have the power to register you, I should have the power to deregister you. It’s like you saying I have the power to hire, but I don’t have the power to fire. So, people need to understand that there is no church on earth that has the power to hire their pastor and does not have the power to remove their pastors.
But what the churches are saying is that the government does not have the power to remove their trustees.
Let them go to court. INEC is a regulatory body that regulates political parties, CBN is a regulatory body over banks. Can CBN remove bank directors? Yes. Can they deregister banks? Yes; because they are a regulatory body. A regulatory body is a powerful phrase. So, I think the churches refuting this are not thinking through, they are being emotional and illogical. They should have the power to deregister or remove trustees. However, what we should now be discussing are the provisions that should make us get to that point, but to say the government does not have the power to deregister is, in my opinion, the height of illiteracy, whoever says that is not as educated as you probably think the person is.
We should be discussing the offenses that will make a church to be deregistered. This should be the engagement now. And unfortunately for us, I belong to the denomination that is the most reckless, the loudest, most vocal, most flamboyant, but the least regulated. You will discover that the Catholics and Anglicans are not making noise, because they are self-regulated. And the Bible tells us in 1 Corinthians 9 that if we don’t regulate ourselves, some outside forces will regulate us. The Pentecostals are not self-regulated.
The law is not only for the church, but it also applies to mosques and NGOs, so I think we should look at it from different perspectives before we start throwing tantrums and jumping up and down. They are not even deregistering churches, they are only saying they will remove trustees that are culpable to fraud. The heavier penalty would have been to deregister, but that isn’t even the case.
I run a church, for instance, and they find out that, I was a trustee of that church, have gross misconduct, financially; they find some terrorists’ money in my account or discover that I am laundering drug money, they have the right to remove me. Then, I would now go to court to challenge the government. But to say the government does not have the right does not make sense; that’s why they are the government. They can remove me from the trustee and I would then go to court to defend myself.
Related Posts

Feb 22, 2021
The pastors kicking against this law argue that the church is under God’s authority…
That’s nonsense! Whoever said that absolutely does not know any bible. The church cannot exist outside society. If they say the church is under God’s authority, why did they go to register at CAC? Why did they buy land from the government and collect Certificate of Occupancy? Is it God that sold the land of that church to them? Why do they go to banks to open an account, why can’t they keep the money inside their churches?
When people just want to misbehave, they go to the pulpit and begin to make noise as if they are above the law. They are not above the law. They just want to be reckless and lawless. Nigerians like being lawless. What they are saying here, they can’t try it abroad. Meanwhile, the government is not controlling your church, so you’re God’s authority on your pulpit. In your internal church running, use the blueprint that God gave to you. The same God that gave Moses the blueprint to build the tabernacle, gave him the laws for the people. Moses was first a priest than a president.
In their churches, they may have bishops, deacons, prophets, all that one is what the government cannot come and tell you how to do. You decide how to run your church, do your leader’s meeting, preach your sermon, how many branches you can have; no government can say you cannot have your branches. That is where you use God’s authority to run your church. The same God that gave you authority over your church and also gave the government authority to run a country, is that God confused?
Most of these pastors cannot do what they’re doing in Nigeria in London. A few years ago, the pastor of one of the biggest churches in England was removed as a trustee of his church, and the charity commission appointed people to run that church for 3-5 years. This is a Nigerian church. Now, they will come to Nigeria and be behaving how they like. It’s not good. They shouldn’t turn Nigeria to the Banana Republic. We want to get better as a country. We want to be like better-governed countries all over the world, not a banana republic.
The biggest church in the world is in South-Korea, owned by Yon gi Cho. People found that he spent $12m on his family. They jailed him. His son is in jail now. And we are saying that we are above the law. The whole committee of nations will be laughing at us. If we had radical leaders in politics, they would have shut down some churches and nothing will happen. Could we do this under the military government?
What is the role of the CAN and PFN in all of this?
The problem is that CAN is a very powerful body. I respect the chairman. He is very bold, sound, and intelligent. Now, for PFN, where I belong, when you see pastors that are bigger than PFN, there is a crisis. Some pastors shout down the president as if they are bigger than the place. That’s the problem we have. The PFN cannot make a statement because the pastors are bigger than the president. They are reckless and lawless people. They don’t want to be under anybody’s authority.
In your own church, you are not under anybody, but outside your church, you are under authority. Because they worship them in their church, they want those outside their church to also worship them. They are used to being vilified, so they don’t understand how somebody can talk to them without vilifying them. In your house, you can be worshipped, but outside your house, you are a common citizen of the Federal Republic of Nigeria. We are all under the law.
9
Share FacebookTwitterWhatsAppEmailTelegram