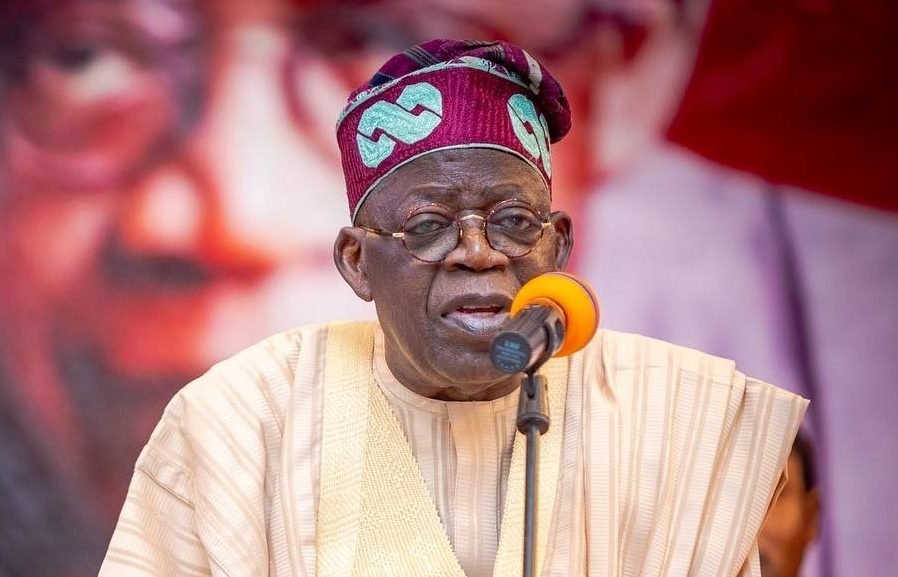 The history of party politics in Nigeria cannot be complete without mentioning the first generation set of political parties beginning from the early 1950s up to the time of independence in 1960.

Prominent amongst them were the Northern Peoples Elements Union, NEPU, the Egbe Omo-Odudua, which later transformed to All Progressives Grand Alliance, APGA, Eastern Nigeria Mandate, ENM, the National Council of Nigeria and the Cameroon, NCNC, the Northern Peoples’ Congress, NPC, and the United Middle Belt Congress, UMBC.

Many of these parties were formed around individuals for the purpose of championing ethnic political agendas and interests in a federation that was still struggling with the colonial masters for independence as a nation state. It was therefore natural that all allegiance to the parties were directly linked to loyalty to the founders by members. The Parties were thus seen as platforms for the promotion of tribal or ethnic interests as were dictated by the leaders, devoid of any form of ideological inclination in terms of social or philosophical out looks or beliefs.

By the time Nigeria gained independence in 1960, it could be argued that only the Chief Obafemi Awolowo led Party, the Action Group (AG), and the late Malam Aminu Kano led Northern Elements Progressive Union, NEPU, had a semblance of what could be termed as a socio-political ideology as the late Awo, was known to flirt with the idea of democratic socialism.

In fact, the western Nigeria under him as Prime Minister, was largely governed on the ideology of social welfarism, with introduction of the famous Free Education System and the likes. Since the purview of this piece is basically to address the issue of a reward system in party politics, we could still argue that during the second republic, that was between 1979 to 1983, both the Unity Party of Nigeria, UPN, a by-product of the APGA alliance and the Malam Aminu Kano led Peoples’ Redemption Party, PRP, which was formed out of the NEPU, were the only political parties that promoted, or encouraged a reward system for members who had shown dedication and loyalty to the cause and ideals of the party over time. While it may be true that adherence to party policies and decisions at that time was not really institutionalised as such, it was however seen to be sufficient display of loyalty for members to respect the position and views of the leaderships of the party on every issue of interest without question. That was the era where members proudly identify themselves as, Zikist, Awoist, or Talakawa, depending on their political beliefs and affiliations It was therefore easy to see that appointments to party positions at that time, were strictly based on merit, in terms of loyalty of the particular persons to the party.

Almost every party member could easily agree on the appropriateness of individuals, either appointed or selected to man particular offices of the party at every given time or opportunity. In those days, it was almost a taboo for people to defect across party lines for whatever reason, because party discipline was high, and the supremacy of the party at all times, was respected by almost every member of the existing political parties then.

The ruling political party between 1979 to 1983, the National Party of Nigeria, NPN, then was noted to have exhibited great party discipline, with its National Chairman, late Chief Adisa Akinloye, almost exercising what looked like executive powers presiding at party meetings while the then President, Alhaji Shehu Shagari, usually sat in the row below to listen as the chairman reeled out instruction to members.

But, party discipline started to give way with the dramatic expulsion of some prominent members of the PRP in the persons of the late former governor of kano state, Alhaji Abubakar Rimi, and his Anambra State counterpart, Chief Jim Nwobodo, by Malam Aminu Kano for alleged anti-party activities.

It then started to emerge that the failure to institutionalize party reward system had created the opportunity and platforms for political party members to seek friends and association among like minds across party lines, and this began the process of rebellion against party leadership by members who found reasons to hold or express opinions different from those of their leaders. The duo of Abubakar Rimi, and Chief Jim Nwobodo, were later to pitch tents with the Namdi Azikiwe led Nigerian Peoples’ Party, NPP. 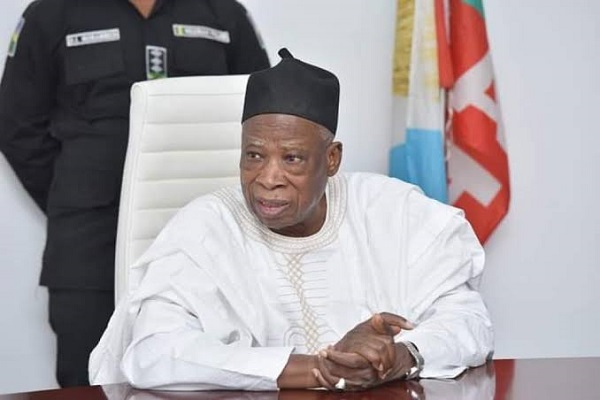 Over time it became clear that the domineering influence of leaders around whom political parties were formed was largely responsible for the inability of most of our political parties to institutionalize party discipline and reward system, which ought to form the bedrock for proper party administration and good governance.

Except for the defunct NPN, nearly all the other political parties in the second republic were formed around individuals to whom every member was expected to be beholden. This led to a situation where it became difficult for members to clearly draw the line between the interest of the party and those of the founders or leaders, as there often arose conflicts of interest between those who thought the parties should be allowed to function as a separate corporate entity that is not attached to any one’s apron stick, and those who preferred to run the show from their bed rooms.

Today, we are still faced with the hang-over of these afflictions, as nearly all the existing parties, in the current dispensation, could hardly boast of institutionalizing effective party machinery that is completely free from the negative effects of interference with its administration by some ‘powerful’ forces. This is why we do not have in place the mechanism to recognize and reward loyal party members for their dedication to the ideals and philosophy of the party.

But with a new dispensation on the horizon, particularly with the strong prospect of former Lagos State governor, Bola Ahmed Tinubu emerging as president of Nigeria it is clear a new regime and system of rewarding faithful and committed party members is in the offing. Tinubu’s reward paradigm is a subject of curiosity in the murky sea of Nigerian politics, where ideology and political philosophy are virtually non existent.

As Governor of Lagos State, he ensured that those who were elevated to play prominent role in the administration were men committed to the task and the work of transforming Lagos. In doing so he did not restrict himself to only those of Lagos ancestry, many of whom subsequently when beyond the state to play major roles in the politics of neighbouring states.

The likes of Rauf Aregbesola, Babatunde Fashola, Babafemi Ojodu, Babajide Sanwo Olu, Babatunde Fowler, Kayode Fayemi, Joe Igbokwe, Vice president Yemi Osinbajo and many others. To work for Tinubu and his vision of transformation at whatever level is to be assured of due compensation. It is this reward system that has minimized friction in his political family in Lagos and the Southwest, whether as AD, ACN or APC and has maximized benefits as those intellectuals and technocrats with avid desire for bringing development were always given a chance to bring their creative and development philosophy on board under the auspices of a man renowned for his love for development, modernization and creative ideas.

One reason for the dearth in competence necessary to solve national problems, hence, their persistents is this, where people are rewarded without any objective criteria. Thus stifling morale and introducing a chaotic pattern to political succession and measurement of deliverables. For the Jagaban, there was an essential nexus between reward systems, political loyalty, political stability and development.

Tinubu could reward anyone, whether old or young on the basis of the perimeter of their contributions to the prevailing cause. He is and was never blind by primordial belief for his cosmopolitan mind is always curious and hungry for new ideas. The current chairman of the APC, Abdullahi Adamu is another personae whose political trajectory shows an astute dexterity in rewarding followers and subordinates who have shown themselves committed to his personal cause, to the cause of the party and the progressive ideology. A man who since his ascendancy on the national political scene during the second republic has not lost a single election, as his keen eyes for discerning human character has enabled him to match man to the cause and role, whether as governor, as Senator or as Chairman of the ruling party.

A team player, that is why opine that the post 2023 dispensation under the dominance of both men will usher an unprecedented chapter in party administration in the country. Speaking recently during a lecture at a summit organised by the Progressives’ Solidarity for Asiwaju (PSA) tagged: “Changing The Narrative Of Our Reward System: former Police Commissioner in Ekiti State Dr Olayinka Balogun added his voice to the reward model embedded in Tinubu’s peculiar leadership and management style, by calling on Nigerians to support All Progressives Congress (APC) presidential candidate, because he has a good reward system.

He said Tinubu has showed uncommon leadership of good reward system in various institutions namely NADECO, SDP, AC, ACN and in APC. His words, “His footprints get bolder and clearer by the day, by the year.

Very difficult to ignore. “Let’s reward him, let’s reward a gallant political Warrior, he deserves the Trophy, he has delivered in National Democratic Coalition (NADECO), Social Democratic Party (SDP), Action Congress (AC), Action Congress of Nigeria (ACN) and the All Progressives Congress (APC). From the vantage point of his reward system and management style it is clear that a Tinubu presidency will be able to foster a reward system within the APC and Nigeria at large that will douse the divisive tension in the country and usher a new paradigm and a new era of peace and stable development in the polity.