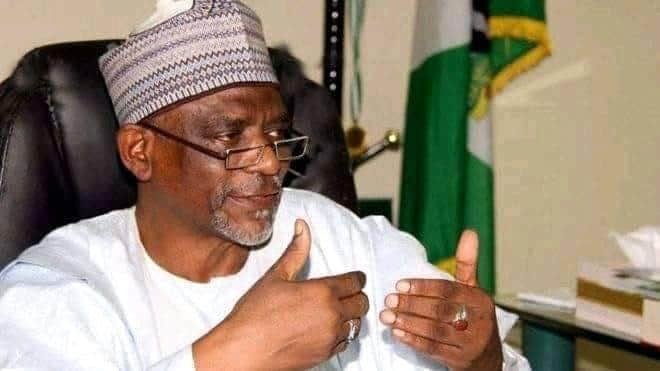 The Minister of Education, Adamu Adamu, has inaugurated a seven-member presidential panel to look into the crisis in the school and submit recommendations that would put the school back on course.

Mr Adamu, at the inauguration in Abuja on Wednesday, charged members of the panel to conclude its assignment and submit its report within two weeks from the time of the inauguration.

According to him, members by the terms of reference of this panel are expected to view the report of the council sub-committee on review of the university of Lagos since May 2017 and make appropriate recommendations, after affording all those indicted an opportunity to defend themselves.

“They are to examine the steps taken by the council leading to the removal of the Vice-chancellor, Prof. Oluwatoyin Ogundipe, and ascertain whether due process was followed as stipulated in the universities amendment act 2003, and the principle of fair hearing adhered to.

“To determine whether the process (if any) leading to the appointment of the acting Vice-chancellor for the university was consistent with the provisions of the enabling Act.

“To make appropriate recommendations, including sanctions for all those found culpable by the special visitation team, on allegations contained in the report as well as other subsequent actions arising therefrom.

“And make any recommendations that will assist (the) government to take decisions that will ensure peaceful, stable, and effective administration of the university,” he said.

Mr. Adamu, however, urged stakeholders in the University of Lagos to fully cooperate with the panel and to allow it to work unhindered.

Responding, the Chairman of the panel, Tukur Sahad, thanked the minister for finding the members of the committee worthy of carrying out the national assignment.

He promised that they will put in their best to ensure the resolution of the crisis rocking the university while calling on the university’s governing council as well as the university senate to give them full cooperation in the course of discharging their duty.

News Agency of Nigeria (NAN) recalls that the crisis started rocking the university as a result of its Governing Council headed by Wale Babalakin, sacking the vice-chancellor, Oluwatoyin Ogundipe on August 12, over allegations of infractions and gross misconduct.

The federal government has suspended both Messrs Babalakin and Ogundipe, pending the outcome of the investigations to be carried out by Mr Sahad-led panel.