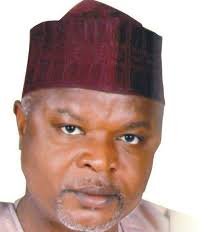 The former Commissioner of Information of Kogi and Publisher of the APC News Online, Dr. Tom
Ohikere Commiserated with the family of late Buruji Kashamu over the demise of their father, husband
and a veteran politician who did not just carve a niche in the political spheres in the country but had also
touched lives positively.

Ohikere joins mourners of late Buruji Kashamu, a strongman of the opposition Peoples Democratic Party
(PDP) and former senator, who died of complications from COVID-19 at the weekend. He was buried on
Sunday, August 9, in his hometown of Ijebu-Igbo, Ogun state.

The stakeholder of the ruling All Progressive Congress APC expressed his feelings over his demise as sad
&quot; I’m deeply shocked and saddened by the news of the passing of Senator Buruji Kashamu. He was a
notable leader in the country and a true grassroots politician. He fought for his convictions, for the
people of Ogun State and for his country.

His unwavering conviction in his support for his party, PDP, through all the twists and turns of his
political life, is exemplary. His passing is a big loss to the larger political family in Nigeria. He worked
assiduously to advance the political and economic fortunes of his state. Kashamu represented, with
merit, Ogun East in the 8th National Assembly and worked well for his constituents. He was a kind and
generous man, a philanthropist in his own right and an astute businessman.

According to him, Kashamu was a dogged politician with sagacity, and steadfastness in pursuing
whatever he believes in, though we were never in the same political party. His passing has lengthened
the grotesque list of important personalities that have been lost to the COVID-19 pandemic. It is also a
sad reminder that the deadly virus remains very much with us. We must all continue to embrace all the
protective protocols recommended by the government and health authorities, even as we gradually
begin the re-opening of our economy and return to a new normal in our lifestyles.

EDO GUBER: Obaseki to pay for his Political divide