The benefits of China transport infrastructure development loan to Nigeria 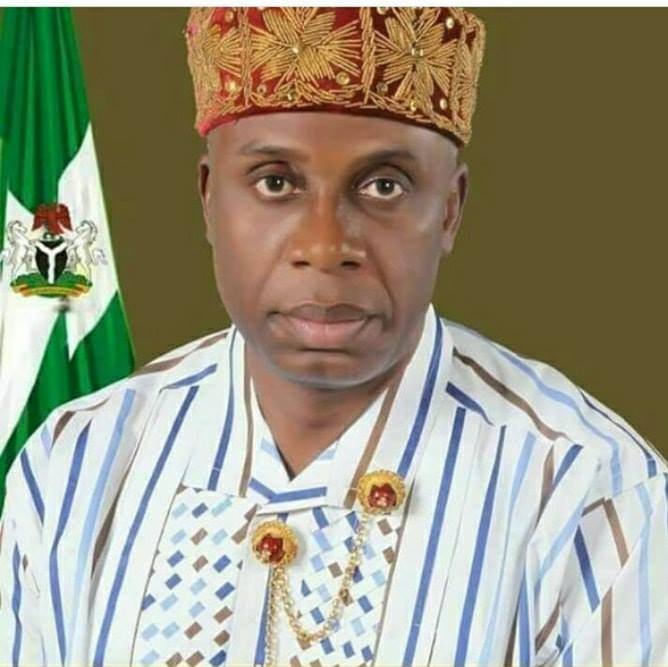 Nigerian transportation industry which comprises aviation, land (road and rail), and maritime subsectors has faced challenges of infrastructure deficit since independence and successive administrations have taken steps to address these challenges. Since assuming office on May 29, 2015, President Muhammadu Buhari has taken giant strides to address these challenges across the transport sectors ranging from airport to rail.

The desire to address such challenges and boost economic activities in the country led to the negotiations between the government of China and Nigeria on getting funds to address the immediate transport challenges as well as to create thousands of direct and indirect jobs.

The first step taken by the Minister of Transportation, Rotimi Amaechi, was to complete the abandoned 276 km Itakpe-Warri rail line linking Warri in Delta State to Ajaokuta, in Kogi State for transporting steel products and raw materials from the Delta Steel Company, Aladja which is now completed after it was abandoned for 35 years. So far 13 coaches and four locomotives have been deployed to the route for the commencement of commercial activities.

The other project completed was the Abuja-Kaduna Modernisation rail line which was funded with the $500m China loan collected by the former President Goodluck Jonathan administration in 2010 for infrastructural development in the country.

However, with the coming on board of Amaechi, the 187 km Abuja-Kaduna standard gauge line was completed on July 26, 2016, with four coaches, while 10 new coaches and two locomotives were added on Dec. 10, 2017. As at July 2020 a total of 27 coaches, 7 locomotives have been deployed to the route to give the over 15,000 passengers the maximum comfort and safety needed; this has generated over 10,000 employment to youths through direct and indirect jobs.

So far, Engr. Fidet Okhiria, Nigeria Railway Corporation Managing Director said that the Abuja- Kaduna railway generated over 130 Million monthly revenue; with N90 million spent on running cost and payment of staff. As at 2019, train operations nationwide generated about N3.09 billion and we are targeting about N6 billion when the Lagos-Ibadan and Itakpe-Warri come on board,” he said.

Another China loan collected by the Ministry of Transportation was the 156 km Standard Gauge line for Lagos-Ibadan section with the train maximum speed of 150 km/h, which was agreed on Aug. 18, 2017, at $1.26bn because of the peculiar transport deficit in Lagos and the economic activities, high population, and activities of the Apapa port.

Negotiating the loan was important to resolve some of the challenges faced by residents of Lagos. Having a rail line from Lagos to Ibadan passing through the Apapa port was to open up the economic viability of the place and reduce the high traffic and gridlock at the Apapa axis.

Owning to the countless deaths recorded at the Apapa axis due to accidents caused by heavy-duty trucks, the Minister of Transportation engaged the train service to evacuate cargoes from the port and ease business for shippers. This laudable initiative cannot be achieved without the loan. So far, about four trains of 20 wagons move cargoes out of the port weekly, which would be increased when the Lagos-Ibadan is fully completed.

According to Amaechi, rail infrastructure is capital intensive and cannot be funded by any private company either in Nigeria or in any other part of the world, noting that China gives the lowest interest rate compared to other countries.

He also saw a need for Nigeria not to continue to be a dumping ground of technology, but to be able to maintain, repair, and construct rolling stocks. In this regard, in 2019, the Kajola factory in Ogun State where locomotives, wagons, and coaches would be constructed was established by the Chinese firms at no cost to Nigeria.

Also, the Minister negotiated the establishment of the first Transport University in Africa by CCECC which would pave the way for the domestication of railway engineering and general transportation sciences in Nigeria and thereby bridging the technology and skill gap in the railway. This was geared towards promoting the development of indigenous capacity through technology acquisition and knowledge transfer for effective maintenance and operation of numerous railway infrastructure which is the first in Africa.

So far, 30 major and minor stations have been constructed under this administration which has created more jobs; Abuja-Kaduna has nine rail stations, Lagos-Ibadan with 10 stations while Itakpe-Warri has 11 rail stations.

The total loan stock is $3.121bn which constitutes 3.94% of $79.3billion total public debt and was meant for infrastructure development in various sector of the economy made up of the National Public Security communication system project for $399.5million which is 100 percent disbursed, Nigerian Railway Modification Project (Idu-Kaduna section) at $500million is 100 percent disbursed and commercial operations has commenced.

However, Parboiled Rice Processing Plants Project for $325.6million nothing disbursed yet, Railway Modernisation Project for Lagos-Ibadan section for $1.26bn is 59 percent disbursed while Nigeria Rehabilitation and upgrading of Abuja- Keffi – Makurdi Road for $460.82m is 17 percent disbursed. There are zero disbursements for the supply of rolling stocks and depot equipment of the Abuja light rail project for $157million and Greater Abuja Water Supply for $381m.

Amaechi said that the rail project pending was the Ibadan to Kano, Port Harcourt to Maiduguri, then Lagos to Calabar which will ease business activities, decongest the road and open up more communities to infrastructure development with countless benefits.

All these projects when completed would turn around the Nigerian economy because even developed nations still seek financial assistance to achieve their development goals. With the right system and government in place, Amaechi said that 20 years was ample time to repay every loan collected from the Chinese government.