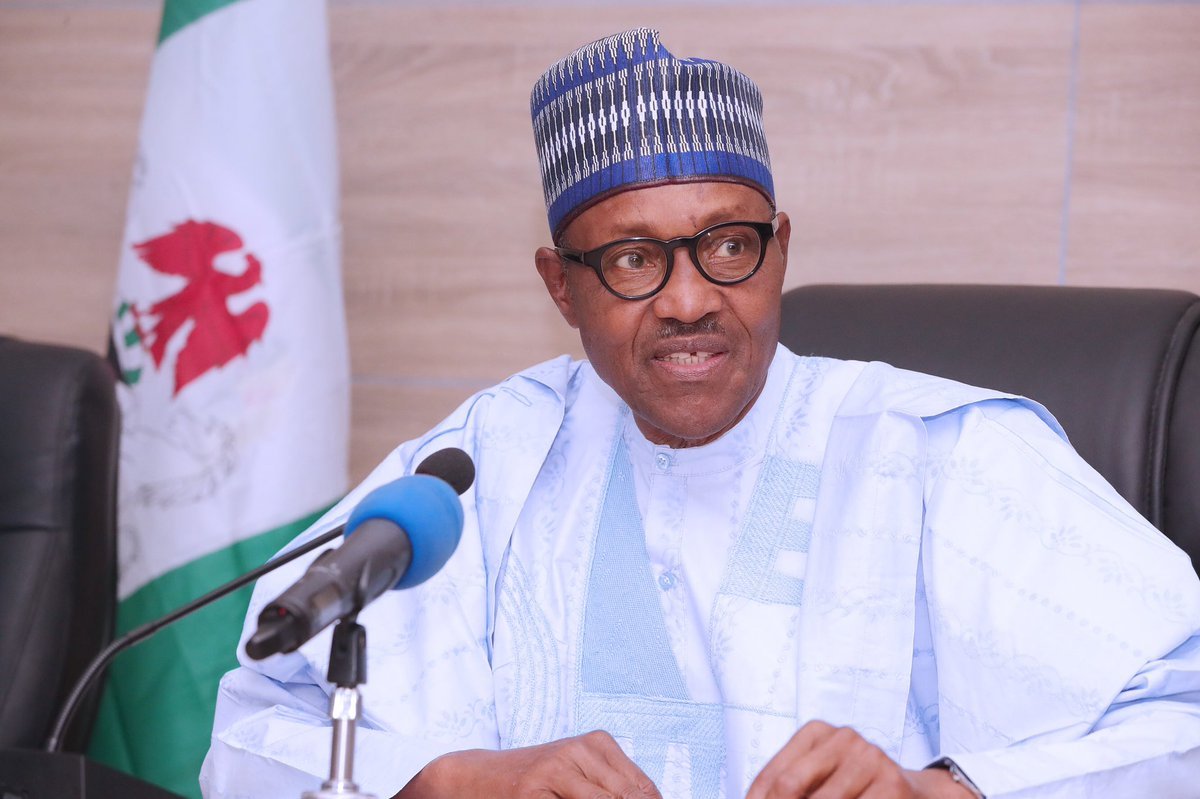 With less than seven months to go, the President Muhammadu Buhari-led All Progressives Congress (APC) Federal Government can be said to be in its twilight.

While, going by history, it can be said to be early to assess and rate it because of what historians call instant history, politics makes no reservations for such.

We shall therefore attempt an analysis of its performance and impact on the Political, Economic and Social development of the country.

Like previous Governments before it, there are projects initiated by the Buhari government which are likely to outlive it because of their time span and physical nature; the latter of which is sometimes dependent on factors that were not foreseen, predictable and are natural.

The most prominent projects involve those contracts awarded for the construction of roads, dualization of some and rehabilitation of others.

The importance of a good communication and transport network in the facilitation of the economic development of a nation is well known. The provision of services, movement of goods and people safely to desired destinations within expected time are at the core of commerce. Time, they say, is of essence, and time is the lifeline on which business success depends.

But, like most physical projects, their completion is subject to other factors. The insecurity that ravaged some parts of the country led to suspension of work in some sectors, thus delaying progress on them or even their 100% completion.

The upward review of the cost of contracts due to inflation is also sometimes a contributory factor to delay in their completion. The alternation of the seasons between the rainy and the dry season also impacts on the execution of projects as the rains mostly slow down construction or, in some cases, lead to outright suspension.

These are factors that were not foreseen nor could be easily managed. No Government is immune to them, so also the Buhari Government.

In spite of the challenges above, the Buhari Government has successfully executed laudable projects such as the Second Niger Bridge in Onitsha which links the Southwestern and Northern parts of the country through Asaba in Delta State, to the Southeast and South-south.

This feat is in addition to the revitalization of railways which is an inter-state mode of transportation.

In paying compliment and rating the two—APC and its predecessor, Peoples Democratic Party (PDP) — both of which can respectively be described as the initiator and the executor of the plan, members of the public are agreed that the executor has more rights of claim compared to the initiator because it is the latter that made the plan functional or come to fruition.

Therefore, the Buhari Government has set a precedent in which national development is placed above partisan considerations. It is hoped that the much-expected successor APC Government of Bola Ahmed Tinubu in 2023 will continue the policy.

Added to the above projects is the recently commissioned Kolmani Crude Oil drilling in Bauchi State which promises to make the Northeast state an oil-producing one.

Another area in which the Buhari Government can be commended is for its effort in entrenching a democratic culture.

Unlike previous Governments before it, the independence of the various arms of Government is now well-respected. The unnecessary intervention of the Executive in Legislative affairs which characterized some past PDP Governments, resulting in frequent leadership changes has been avoided.

Today, at the State level, the independence of the Legislature and autonomy of Local Governments has not been achieved, but the blame can be laid at the feet of State Governments rather than the Federal Government.

In the past, the PDP Governments would simply indicate interest in configuring the leadership of the party to their sinister taste and would then go out of their way to effect a change by imposing amenable candidates as officials. This attitude, the Buhari Government has carefully avoided to enhance intra-party democracy.

Attempts to destroy the opposition were such an obsession with past PDP Governments. Through a policy of carrot and stick, the leadership of the opposition parties, especially that of the defunct All Nigeria Peoples Party (ANPP), were encouraged to defect after which some of them were elected or appointed into powerful and influential positions by the ruling PDP.

This trend seriously weakened the opposition to the extent that before the forming of the APC out of the legacy parties (ACN, ANPP, CPC and a faction of the DPP), the ANPP, which was the largest opposition party at the inception of the democratic dispensation in 1999, had been reduced to dominance in only the three States of Borno, Yobe and Zamfara.

This unhealthy situation led to the weakening of democracy in which opposition is an integral and indispensable part. In any functional democracy where opposition does not exist, then the system obtained can be defined as anything but democratic. In a true democracy where elections are won by an opposition party, the Government in power should not hesitate in congratulating it and extending hands of friendship in the national interest.

Independence of the Judiciary

The independence of the Judiciary has been well observed in the Buhari era as there is no record to indicate, either directly or indirectly, the existence of any attempt to influence the outcome of cases before the law courts on any political or criminal issues even where such interventions could have led to APC’s political gains. Justice has been allowed to take its course on almost every issue despite the pressure to intervene sometimes.

Regarding the insurgency that ravaged the Northeastern part of the country with its impact reaching far beyond the zone as witnessed in the bombings of strategic areas and public places in Abuja and environs before the advent of the Buhari Government, not only is there now an improvement in the situation but this improvement can also be practically witnessed and proven.

Before 2015, some Local Governments in Adamawa and Borno States were administratively under the insurgents while some communities were wiped out and others converted to Internally Displaced Persons’ (IDPs’) camps within the zone. This occurred in places as far as Edo State, neighbouring Chad, Cameroon and Niger which were also not spared by the activities of the insurgents. Agriculture, the major occupation of people of the zone, was the most affected with dire implications for food security.

The impact of insurgency led to the adoption of precautionary measures. Along major inter-state and intra-state highways, multiple roadblocks were mounted and passengers and vehicles routinely stopped and searched. These had devastating effects on business and public morale.

Roadblocks and military checkpoints became common in our cities, in addition to the erection of strong protective barricades in public places. People were discomfited and forced to queue up in places such as markets, parks and even churches and mosques as metal detectors were deployed to search for hidden weapons even as the spectre of suicide bombing loomed large. In short, Nigerians were living under siege.

The psychological effect on people was so bad with many losing confidence in our Armed Forces.

Today, the narrative has changed. Boko Haram and its rival, the ISWAP, have been degraded and confined to the shores of Lake Chad. As most of their combat commanders have been killed, many of the war-weary foot soldiers voluntarily surrendered to the Armed Forces.

The insurgents have now been compelled to lose the ability to launch large scale attacks to threaten people.  The past large scale organized kidnappings of students are history; same for suicide bombings. The IDP camps are being shut as many of the inhabitants have returned to their homes and Government has provided them with capital to re-organize their hitherto broken lives.

Most of the roadblocks manned by the military along major highways have been dismantled allowing for faster movement. The high visibility of the security forces in the cities have reduced drastically while some of  the protective barricades have been dismantled as well as the embarrassing use of metal detectors on citizens.

The improved security situation is for no reason than the efforts of the Buhari Government.

While there is no denying that kidnapping and banditry in the Northwest, which roots can be traced to the effects of climate change and social disparity, though deliberately politicized, are still on, there is marked improvement in the situation as a result of change of strategy.

The consistent attacks by killer herdsmen on farming settlements have declined, likewise the kidnappings along Abuja-Kaduna road and in Niger State.

This situation radically changed when the price of crude oil quadrupled in 1973 as a result of the embargo imposed on the West for its support of Israel during the Yom Kippur War.

The situation led to the displacement of agriculture as the country’s major foreign exchange earner.

The effect of this was not only the gradual decay of the country’s agro-allied industries but also a shift from being a self sufficient food producer to import.

As a result, a chunk of the country’s foreign exchange was committed to importation of cheap agricultural products at the expense of other sectors until it became entirely dependent on imports, thus making the nation vulnerable to food insecurity—a dangerous position that exposed the country to blackmail.

Such was the situation when President Buhari took over. The option before the Government was either to continue the process of importation of agricultural products, with its implications of dependency, or to stop it with all its severe consequences.

The Government decided to ban importation and close the borders with Niger, Benin Republic and Cameroon, some of the places, aside the country’s seaports, from where smuggled items found their ways into the Nigerian market.

The effect of the policy was swift as the price of food items rose due to scarcity. But, in a positive way, the policy led to the revival of the agricultural sector. While the policy has its critics who favored gradual phasing of importation to minimize its impact, immediate ban was preferred.

That policy has presently made the country to progress from being dependent on food imports to self reliance.

The agricultural sector before the advent of the Buhari Government can be compared to that of a moribund company which returns did not justify the capital invested.

The first step is to revive it and stop the loss before breaking even and then talk of returns on investment.

Thus, Buhari’s policy made the country self reliant in food production as against the former status of being a food-importing nation.

With few months left to go, the much publicized Islamization and Fulanization agenda touted by his opponents is nowhere to be found. No single provision in the secular 1999 Constitution (as amended) has been amended to promote either of the two legs of the alleged agenda.

A Muslim himself, he never, either directly or indirectly, gave preferential treatment to Islam as his professed faith. That aside, he banned the policy of sponsoring pilgrims to either Jerusalem in Israel or Mecca in Saudi Arabia by the Federal Government—a privilege still being indulged in by State Governments.

Therefore, whatever critics of the Buhari Government might say, his tenure as President has witnessed advancements in infrastructure, deepening of democracy, serious improvements in agriculture and transformation of the country from a food- importing nation to a self reliant one on the verge of self sufficiency.