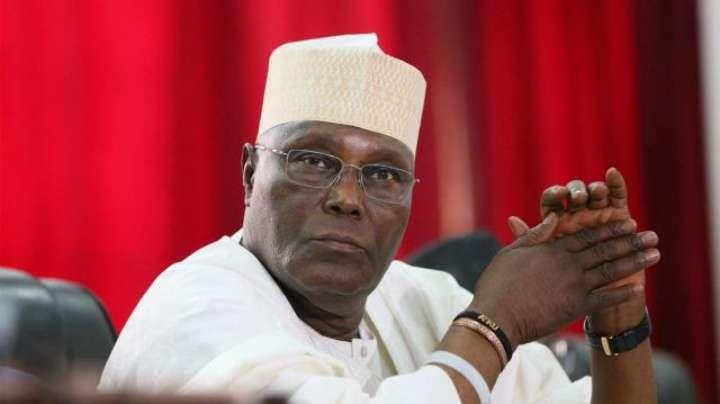 LAGOS– Who runs with former Vice President Atiku Abubakar in the 2023 presidential election?

This poser appears to be fuelling a battle of supremacy between the Oyo State governor, Engr. Seyi Makinde, and former governor of Ondo State, Dr. Olusegun Mimiko.

Though Atiku, who was the pres­idential candidate of the Peoples Democratic Party (PDP), has not formally indicated inter­est in running in 2023, his as­sociates have said they would persuade him to contest again since President Muhammadu Buhari would not be contest­ing.

Also, Atiku’s son, Adamu, who is the Commissioner for Works and Energy in Adama­wa State, said his father would contest again in 2023.

Atiku, it was gathered, has perfected plans to pick his run­ning mate from the South West even as he had been told by his South East allies that the region was more focused on the presidency in 2023 rather than playing second fiddle as running mate.

Barring any last-minute change in plans, Mimiko, who is currently the national leader of the Zenith Labour Party (ZLP), has concluded arrangements to join the PDP alongside the ZLP governorship candidate, Hon. Agboola Ajayi, who is also the deputy governor of Ondo State, shortly after the October 10 governorship elec­tion in the state.

Makinde and the governor­ship candidate of the PDP in Ondo State, Eyitayo Jegede, are also leaving nothing to chance.

They have commenced a major mobilization drive across the South West, using the October 10 election as the litmus test for the 2023 presi­dential election. View pictures in App save up to 80% data.

In the same vein, Ondo State governor, Rotimi Ak­eredolu, also appears to have initiated a subtle campaign for the Yoruba ethnic nation­ality to produce the president come 2023 as he mobilized tra­ditional rulers to have a meet­ing with the national leader of the All Progressives Congress (APC), Asiwaju Bola Ahmed Tinubu, over the weekend.

Akeredolu, who is seeking re-election, had invited Tinu­bu to Ondo State last weekend for the commissioning of the newly built Internal Revenue Service office in Akure.

Even though Governor Ak­eredolu refrained from being specific on whose behest he called the meeting, he hinted at the meeting that the outcome of the election would deter­mine the chances of the South West in the 2023 presidency.

“The October 10 election in Ondo State is not about Ak­eredolu but about the future of Ondo State and the entire Yoruba nation because what­ever the outcome will be shall determine our seriousness in the quest for the 2023 pres­idency,” Akeredolu said at the meeting. 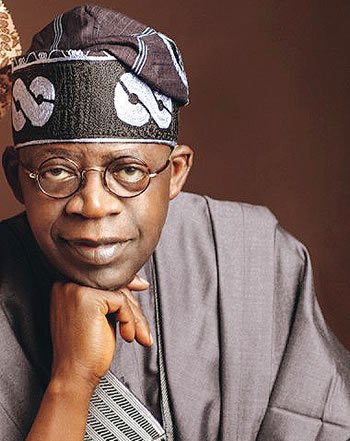 Tinubu has yet to confirm if he would run, but he is be­lieved to be eyeing the 2023 presidency with his political foot soldiers already putting up pressure groups and cam­paign outfits ahead of the contest.

But a source within Atiku’s camp, who is close to Mimiko, disclosed that the PDP had foreclosed the issue of the presidential ticket because the elders had resolved to re-pres­ent Atiku for the contest in 2023.

“The issue of where the ticket goes in 2023 is already a foregone matter.

“We monitored the visit of the APC national leader to Akure to commission a project and we were informed he held a meeting with Ondo monarchs shortly after the commissioning.

“It is not anything to worry about because we know it was more than a meeting to can­vass votes for Akeredolu; it’s a subtle campaign that has just been triggered by the Tinubu camp for 2023.

“Our major problem is that while the duo of Seyi (Ma­kinde), former governor Mim­iko are opposed to Tinubu and the APC, they are not united on purpose for a common goal and that is not good for us as a group with an objective.

“What our intelligence re­veals to us is that the October 10 election is beyond Agboola Ajayi and ZLP but about the political survival of Mimiko.

“Mimiko is keenly deter­mined to score more votes than the PDP in the election; but honestly, it is not possi­ble for us to dump our man, Jegede, for Ajayi, that is where the problem lies.

“You know, Mimiko is a master political strategist. He knew the game of Makinde when he approached him to forgive and support Jegede.

“He knew the plan was to put him in the pocket in order to brighten the chances of Makinde to become Atiku’s running mate in 2023.

“Assuming Mimiko accepts to support Jegede, the success of that victory will be claimed by many but on Ajayi’s suc­cess, it will enable Mimiko to tell the world that he is still a political champion in the state and the South West.

“Ondo election will be an opportunity for Mimiko to prove his political worth to Atiku.

“It’s is going to be a test of might between Mimiko and Makinde, who is sponsoring Jegede.”

Speaking with our cor­respondent, an aide of Ma­kinde’s, who spoke on condi­tion of anonymity, said the governor would rather focus on his re-election, which is sure-footed, than abandoning it for a vice president slot, which is uncertain.

“Only God knows tomorrow but I don’t think it’s true Gover­nor Makinde, who is in his first term, will abandon his second term for being a vice presiden­tial candidate. It would have been logical if he were serving his second term now.

“I want to believe the gov­ernor will be more focused ongoing for a second term so that he can consolidate on the gains he is making now in his first term,” he said.