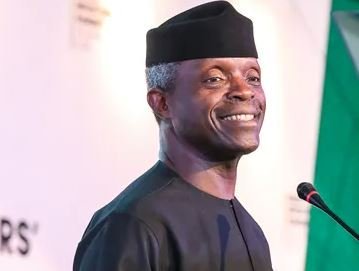 How to create thousands of jobs through agriculture, mass housing, solar power project, and special public works is the focus of the government now, Vice President Yemi Osinbajo said on Tuesday.

He also demanded urgency in the implementation of the stimulus package plans adopted to mitigate the effects of the Coronavirus Pandemic in Nigeria.

Osinbajo spoke at the Day Two of the First Year Ministerial Performance Review Retreat at the Presidential Villa in Abuja.

The Vice President noted that though the Federal Government had commenced the implementation of the N2.3 trillion stimulus package, the economic distortions and hardship caused by the COVID-19 pandemic required the relevant ministers and stakeholders to expedite action on the adopted plans.

He said: “Everything that we are doing has to be done immediately. We are already in ‘Day 67’ since the plan. Nothing is going to happen by magic, we have to simply do this stuff. We got to ensure that we have the money and ensure that day by day, we are measuring our achievements and trying to ensure that we do the things that we need to do. And we simply are not favored by time. Every single day the poverty situation and the economic distortions deepen.”

On Mass Housing Programme, Osinbajo said: “The programme is one where we are looking at building 300,000 homes across the country. We are looking at ensuring that the price of those homes does not exceed N2 million. We already have models which have been put up in Borno State by the Family Homes Fund where the figure is at about N2 million. This is the social housing scheme.”

“The strategy is one that ensures that we use local materials as much as possible on each site. So, on each site, block making is going on. The making of doors, windows, tiles are going on. The whole idea is to make sure that we patronize the local industry and engage many of the young men and women who are at the moment out of work.

“One of the critical success indicators for us will be the number of young engineers, builders who are engaged in these projects. So, we are opening up space for them and ensuring that they are able to bid for the jobs so that the jobs are not given to big contractors who will take it all up. There will be some big contractors who are supervising smaller businesses and builders.”

Osinbajo stressed: “We are looking at funding from the structured loans of the CBN and the expected funding is about N217 billion. We look at the demand, 1.5 million doors, 1.8 million window frames, 7.8 million hinges, for 300, 000 homes. This is huge by any standards and if we are able to focus on the local industry, we can actually start a major revolution in building in our own country and patronize the local industry and ensure that our people get the jobs and the experience that they require.”

For the MSMEs and Solar Power components of the plan, the Vice President said “the solar power and MSMEs strategy are also focused on creating jobs.”

For the Solar Home System,  Osinbajo said: “The Solar Power strategy is also focused on creating jobs. What has happened for Solar Power energy in our country is that, for those who have been following, in the past few years, we have been able to demonstrate that if we enable the private sector to install solar power in homes and businesses, the government itself does not have to worry about any of these things, unlike what is happening today, where whatever happens in the power sector almost invariably becomes the problem of government.”

“If you look at the projects that we have done in Ariaria Market for example, or Sabon Gari in Kano, where these solar systems have been installed in shops, and in other establishments, there has been no default in payments. The private sector people who put these systems there, receive their pay constantly. In Sokoto also where the project has been implemented, people are happy to pay. Jobs are created, the installers, those who are servicing the system, those who are running the payment systems, these are jobs for so many Nigerians.

He described “the Mass Agriculture program as one where we envisaged that we will be engaging many farmers. So far, we have enumerated at least 4 million farmers. So, these are farmers who are tied to their lands and we have the geostatistics that shows where their land is and we have about four million of them. And we expect that with each state contributing acreage for farming, we will be able to do significant numbers. The plan is designed in such a way that in each one of the programs, we are engaging as many Nigerians as possible.

“The expected outcome for Agriculture, even if each farmer employs an additional person, this will result in an additional 4 million jobs and even more jobs along the value chain. We also will be looking at developing rural roads to reduce post-harvest losses.