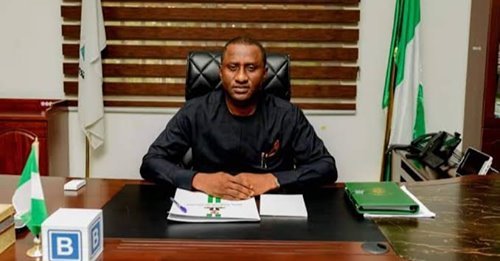 Few days after a Daily Trust report of water pollution in some communities in Benue State as a result of unsafe coal mining, the Minister of State for Mines and Steel Development, Dr. Uchechukwu Ogah, has visited the communities.

In a statement, the Minister, who was at the Palace of the traditional ruler of Edumoga Kingdom, Chief Ojo Emmanuel, said his visit was prompted by reports on pollution of the water sources by the activities of Dangote and Ibiadigba Coal Mines.

“The ministry would not allow any miner to cheat the host community,” as he called the firm to dialogue with the community.

On his part, Chief Ojo said the water supply pollution affected about 17 villages, especially in May and June 2020.

He said the communities sent a petition to Dangote Group informing them about the pollution as it did not honor the Community Development Agreement (CDA).

The General Manager, Community Relations, Dangote Coal Mine, Mr. Nuhu Elujah, said the firm had operated according to extant regulation since it started four months ago.

He also said the firm had started fulfilling the agreement by awarding scholarships and would construct boreholes in two weeks.

Despite Challenges, Women Take Up Rice Farming In Kebbi