Despite Challenges, Women Take Up Rice Farming In Kebbi 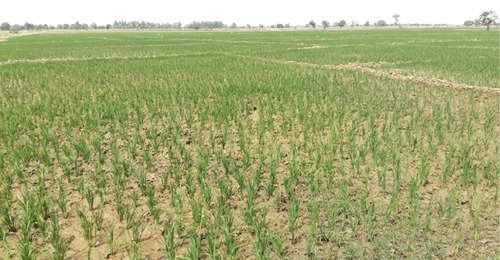 Women are not left out in the rice farming revolution in Kebbi State as there are over 40,000 of them involved in both rainy and dry season rice farming in the state.

The women are not only participating in rice farming but competing among themselves for a high volume of yield at harvest by expanding their farm sizes annually.

This is even as most of them said poor knowledge of weather forecast usually affects their outputs.

Among the women, there are those that handle as much as 20 hectares of rice farm which give them over a trailer load of paddy rice at harvest.

The women rice farmers in the state are largely located in Argungu, Zuru, Bunza, Danko/Wasugu, and Yauri towns.

They compete based on the fertility of their locations.

Some of the women rice farmers, who include married women, divorcees, and spinsters, like their male counterparts, also partook in the N17 billion anchor borrower loan scheme that was launched by the president in 2015 in Kebbi State.

A large number of women rice farmers in the state are into the business of rice farming through inheritance and their spouses’ influence while others got involved out of interest.

Those that are involved through inheritance grew up in families of rice farmers, and those that took over from their late husbands.

The women farmers enjoy all forms of support from the state chapter of the Rice Farmers Association of Nigeria (RIFAN); not only through accessing facilities but also by improving their knowledge of new techniques in rice farming.

Women in the state are said to have joined in on the hitherto men dominated occupation, following the enlightenment campaign carried out by some of their counterparts already in RIFAN.

Speaking to Daily Trust, the women leader of the state chapter of RIFAN, Lababatu Usman Kamba said there were over 40,000 women operating as smallholder and large scale rice farmers in Kebbi State.

She added that most of the large scale farmers are in Yauri, Argungu, Bunza and Dandi town saying among women from such areas there are those that cultivate as much as 10 to 15 hectares rice farm.

According to her, women cultivate over 3,000 farms across the state, noting that among the large scale women rice farmers, there are some that could realize as much as a trailer load of paddy rice at harvest.

She added that rice farming is not a new business to women in the state as many might have been into it right from birth, saying many of the big-time women rice farmers might have inherited farmlands from either their parents or spouses.

The population of women rice farmers keeps growing in the state owing to the encouragement they receive from RIFAN, Kamba said, adding that the rice farmers’ union in the state does not discriminate against them in terms of accessing loans and any other intervention.

She explained that apart from encouragement from the union, the involvement of off-takers is helping to produce rich women rice farmers in the state, adding that for the fact that there is the availability of market with good turnover, women thronged rice farming.

Speaking on problems rice farmers encounter in the state, she said poor knowledge of weather forecast exposed most of the women farmers to poor harvest.

She argued that when farmers cannot take advantage of weather forecast by experts to enable them to determine to either go for early planting or delay for a certain period, such can negatively affect the harvest.

“RIFAN, as the union for rice farmers, is of great help to women rice farmers in the state.

“It is based on this that I always call on women to join the union.

“One derives a lot of benefits being a member.

“There are some women rice farmers that realize full trailer load of paddy rice at harvest.

“This is to tell you how far some women among us have gone in rice farming.

“In my own case, I cultivate 20 hectares of rice farmland.

“I am also into dry and rainy season farming.

“I am among the bigtime women rice farmers as I can harvest a full trailer load of paddy rice every season.

“Our greatest challenge is poor knowledge of forecasting the planting season.

“Flooding has been our biggest nightmare but with good forecasting knowledge, I have started overcoming the problem,’’ she said.

Alhaji Imam Abdullahi, an agric expert, said the courage by the women rice farmers in Kebbi should serve as a lesson to their counterparts in other producing states.

‘’Instead of them to start waiting for their husbands for everything or even engaging in ungodly activities, these women have shown that they could do it on their own.

“They should be given the necessary support so that women in other states can learn from them,’’ he said.