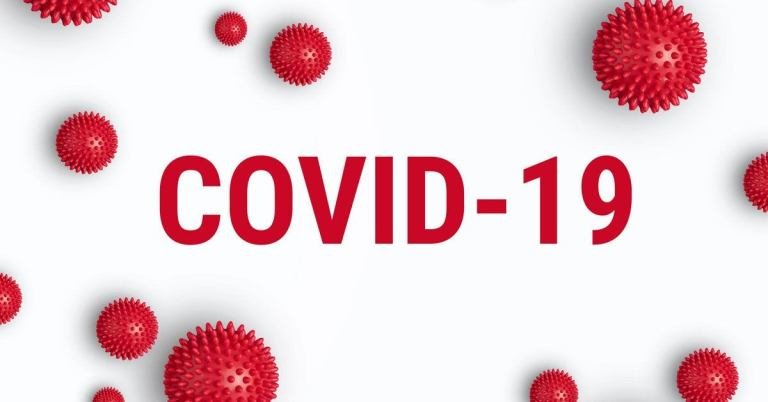 We want to appeal to landlords to be considerate at a time like this. Please don’t send teachers in private schools out.” That was the message recently posted by the Founder, Concerned Parents & Educators, CPE, Mrs. Yinka Ogunde, on the Facebook wall of the organization. Though the outbreak of COVID19 hit all sectors, it did hit some more than the others.

Among the hardest hit is the education sector which has led to the closure of schools for months. However, with the gradual easing of the lockdown period and the near return to normalcy, teachers are again plagued with another challenge, that is accommodation. For Mrs. Chioma Owolabi, a private school owner in Lagos, life has not been the same since the outbreak of COVID19. According to her, her landlord has been on her neck to pay for space she used as a school, despite not using the space for a year. Her words: “The property I was using for my school has just been sold. After paying for it, I used it for only 6 months before the pandemic and now it has been sold. The new landlord gave us notice to evacuate after it expired, they refused renewal because they intend to use it.”

Mrs. Ifedayo Abiodun, a teacher, and a nursing mother told our correspondent how her landlord’s request for house rent has destabilized her. According to her,

“I am a private school teacher and also a nursing mother, my landlord doesn’t live with us but comes around when it is time to remind you of your house rent and to collect his money. He was around last month, which was July, and was already asking me about my rent outside where everyone was staring and listening. I had to quarrel with him on why will he be asking of rent outside as if we had our first agreement outside. I just pray God opens the way for us all (teachers) so as to pay our rent before they disgrace us.”

Rent increment despite the Covid-19 Speaking to Vanguard, Mrs, Adesuwa said she is sufferings in the hands of her landlord:

“My own case is terrible. We were paying N70,000 parent. However, when my hubby called the Lawyer handling the rent for our apartment, he told him that the rent has been increased to N125, 000. We told him that since March we have been managing and haven’t received a salary. We have been begging him to reduce it considering the situation in the country.   “My landlord is threatening to send me packing if I don’t settle by next week. I have been begging her almost on a daily basis and she is not listening. I have been asking for loans from people but they think I may not be able to pay back since schools are still on lockdown.” she said.

The pain of a widow “My own landlady is very heartless, she has been disturbing me since June for house rent, I explained to her that I have not received a salary since April and I’m also a widow, but she doesn’t want to listen to me” Another single parent narrated how she was molested by her landlord because her house rent expired last month.

Her words: “In fact, I am a victim. My money expired 31st of July and on the 1st, my landlord came to beat me up. A single parent coupled with the fact that am not being paid at this period. I wish the government can see and feel my predicament.” Even the non-teaching staff are not left out in the victimization by landlords.

Lamenting his predicament, Yusuf Ayobami, male non-teaching staff in one of the private schools in Lagos shares his experience in the hands of his landlord.

“ I work in the admin office and my wife is also in the school business. My marriage is just a year and a month, and the issue of rent is on me right now. I moved into the apartment a year ago and never met the landlord until about three months later. He hardly made any repairs in the house. I spent much to make it comfortable.

“Less than a month to when my rent will expire, he came and I told him I work in a school and things have not been easy that he should give me till September but he flared up that I can’t owe him.   He belongs to the OPC so he believes he can do anything. If I had met him initially I would not have taken his house.”

Not all landlords are insensitive

Speaking of how her landlord waived some part of her rent, Liadi Ganiyat explained, “My landlord is so considerate that he told me to pay just a little out of my rent like almost 50 percent off.

He is such a good and understanding man.”  A teacher, Onome Eregbadu has this to say about good landlords:”There are still some few good ones.

A landlord in Warri reduced a private school teacher’s rent by 2 months, gave her some foodstuff, when she wanted to renew her rent again he returned part of the rent to her that he understands her plight.”

What can be done to alleviate the plight of teachers and school owners? Reacting to the plight of school owners and teachers who are faced with the issue of rent, Mr. Ayobami Ogedengbe said educators should think outside the box and consider having another means of livelihood. For Ogedengbe:” The pandemic has shown us the importance of a side hustle or strategic investment. Let’s take, for example, teachers in the village have farmlands that they cultivate with the help of the students.   “Some of them have up to 2,000 heaps of Yam in the soil presently and are simply going once in a week to pick something to eat for the family. They have Cassava they process into gari and fufu for the family.

They planted maize that’s dried now to make pap and keep for the family. “They planted tomatoes, vegetables, and plantain. I know a teacher in my village that has all these. He sells Cassava in tonnes. He grew up in the village, with farm life and so he is very hardworking.

“ If we are ready to be hardworking, people should realize that it is time to leave the cities and go back to nature – our villages are farmlands. They are what herdsmen are said to be taken gradually. If most of us in the city can look back to our villages, we will help create the enlightenment and legal framework that will allow for the peaceful coexistence of farmers and herders even while you and your family still fell connected to the world outside with the aid of the internet.” he said.

While Mr. Adeniran Adeleye called for government intervention, Mr. Ogedengbe insisted that teachers needed to have an insurance policy. “ What if the landlord’s survival may also depend on the rent.

It is Office of SDGs donates 14,850 textbooks to Oyo schools THE Office of the Senior​​Special Assistant on Sustainable Development Goals has donated 150 cartons (14, 850 textbooks) of the Global Goals for sustainable development textbooks to Primary schools in Oyo State, under the auspices of Oyo State Universal Basic Education Board.

The donation is in fulfillment of the SDG’s pledge to collaborate with Oyo SUBEB on providing quality education for public primary school pupils in the state.

Speaking at Oyo SUBEB’s office, the Senior Special Assistant to Governor Seyi Makinde on SDGs, Mr. Kunle Yusuff, said the 14, 850 textbooks would be distributed freely to pupils in Primary 4, 5, and 6. He said, “We are convinced that education is key to unlocking Oyo State’s greatest potential, hence, our huge investment in educational intervention programs.

“We will continue to do our best to create community-focused initiatives to support the United Nations Sustainable Development Goal, (SDG), Number 4, which seeks to achieve inclusive and equitable quality education for all by 2030. We donated the Students’ Edition of the Global Goals for sustainable development not just to provide quality education in the public primary schools, but to also create a model for an educational experience for our children.”

Yusuff assured the Board of further collaborations with his office, noting that Basic Education formed part of his office’s key targets. In his response, the Executive Chairman, Oyo State Universal Basic Education Board, Dr. Nureni Adeniran,   promised that the texts would be part of the school curriculum and learning materials for social studies and basic science in all schools. He posited that with the spate of educational development in Oyo State, schools would soon start recording zero dropouts among pupils; and improved learning outcomes in speaking, reading, and writing among the pupils.

“The achievements recorded have been made possible by the critical roles played by Governor Seyi Makinde, Universal Basic Education Commission and other partners such as the Office of the SSA on SDGs, who are committed to sustaining the impact of this project.