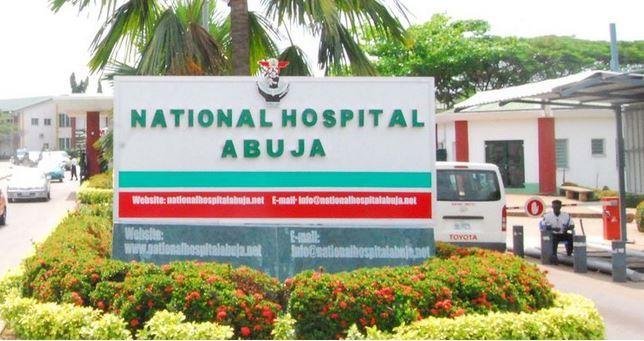 The National Association of Resident Doctors (NARD) will meet with its executive council within the next 24hours with a view to calling off the ongoing three-day-old industrial action on Thursday (today).

This is according to a communique issued after a meeting between the federal government and the leadership of the NARD on Wednesday.

The communique, made available to PREMIUM TIMES on Wednesday night, was stamped with nine signatures including that of the labour minister, Chris Ngige; the NARD president, Aliyu Sokomba; the Chairman of the Nigeria Medical Association (NMA), Abuja chapter, Ekpe Phillips; the Minister for State, Health, Olorunnimbe Mamora, and the Minister for State, Labour, Festus Keyamo.

The communique listed nine understandings reached between the government and the NARD leadership on the demands of the striking doctors.

One of such understandings is that contrary to the doctor’s protests, four billion Naira was actually appropriated for residency training but under a wrong heading.

It was resolved that the process of amending the error is ongoing and is expected to be completed with cash backing in the next two weeks.

“In view of these understandings, NARD will consult with her Executive Council within the next 24hrs with a view to calling off the strike by tomorrow (Thursday), September 10, 2020,” the communique read.

On Monday, resident doctors, certified doctors undergoing residency to become consultants that make up a large percentage of doctors in Nigeria’s tertiary hospitals, resumed their indefinite strike which had been suspended in June.

Chief among the doctor’s grouse is lack of funding of their residency programme.

Resident doctors have been agitating for the full implementation and funding of their Medical Residency Training Act of 2017, signed into law on 26 June 2018 by President Muhammadu Buhari.

The residency programme, which was meant to provide special training for the doctors to become specialists in various medical and dental care, is being hampered by poor funding.

Earlier, during Wednesday’s meeting, Mr Ngige had threatened that government “may have to repeal the law establishing the residency programme if the doctors are bent on arm twisting the authorities,” according to TVC news.

The meeting initially ended in a deadlock until the nine officials that signed the communique met later in the evening to reach the nine understandings.

Read the full communique below:

UNDERSTANDING REACHED AT THE END OF THE MEETING BETWEEN THE LEADERSHIP OF THE NIGERIAN ASSOCIATION OF RESIDENT DOCTORS (NARD) AND FEDERAL MINISTRIES OF HEALTH, FINANCE, BUDGET AND NATIONAL PLANNING, AND NATIONAL SALARIES, INCOME AND WAGES COMMISSION (NSIWC) AT THE INSTANCE OF THE HONOURABLE MINISTER OF LABOUR AND EMPLOYMENT ON SEPTEMBER 9, 202O.

On September 7, 2020, the members of the Nigerian Association of Resident Doctors (NARD) embarked on a total and an indefinite strike in all Federal Na State hospitals in Nigeria over the following demands:

i. The provision of group life insurance for doctors and other Health Care Workers and payment of death-in-service benefit to next of kin/beneficiaries.

ii. Universal implementation of the Medical Residency Training Act in all Federal and State.

iii. Immediate review of the Hazard Allowance of Health Care Workers and payment of the Covid-19 Inducement Allowance as agreed during the stakeholders’ meeting.

iv. Immediate release of funds for Medical Residency Training for 2020 as captured in the revised Appropriation Bill.

v. Payment of all owed arrears of the Consequential Adjustment of the National Minimum Wage to her members, and implementation of such in States Tertiary Health Institutions.

In line with the provisions of the Trade Disputes Act, CAP T.8, Laws of the Federation of Nigeria, 2004, the Honourable Minister of Labour and Employment held a conciliation meeting with the leadership of NARD and relevant Government Ministries, Departments and Agencies (MDAs) to address the demands and resolve the trade dispute.

The meeting noted that the Federal Government had earlier addressed most of the original eight (8) demands made by NARD and the remaining two (2) were in different stages of being resolved.

After extensive deliberations, the following understandings were reached on each of the demands:

2. The provision of group life insurance for doctors and other Health Care Workers and payment of death-in-service benefit to next of kin/beneficiaries:

The meeting noted that the Federal Government had paid the total sum of Nine Billion Three Hundred Million Naira (N9B,3) to Insurance Companies for Life Group Insurance and payment of death benefits for Health Workers. Enrollment was by the submission of nominal rolls by the various Health Institutions which NARD had been mandated at the previous meeting to accomplish. The meeting further noted that claims had to be made before the Insurance benefits could be realised. It was decided that NARD should submit copies of claims already made to the Insurance Companies through the Hospitals to the Federal Ministry of Health for onward transmission to the Office of the Head of the Civil Service of the Federation that would ensure that the Insurance Companies pay the claims. The Federal Ministry of Labour and Employment should be copied.

3. Universal implementation of the Medical Residency Training Act in all Federal and State Hospitals

Noting that the 2020 Appropriation Act was revised due to Covid-19 pandemic, the Four Billion Naira (N4B) appropriated for Residency Training under a wrong heading for Medical Residency Training is to be vired before expenditure. The process of amendment is therefore ongoing and is expected that this process and cash backing will be through in two (2) weeks.

The meeting recalled that it had been agreed that the issue would be further discussed post-COVID-19. Therefore, no agreement was breached.

5. Implementation of the Payment of the Special Hazard/Inducement Allowance

The meeting was satisfied that the N20B already appropriated in 2020 Covid-19 Budget has been exhausted to N19B and praised the Federal Government and Mr President for approving additional N8,901,231,773.55 to pay up the large chunk of the June 2020 Covid-19 allowance to all Medical Health Workers. This has been cash-backed and the mandate sent to the Central Bank of Nigeria for payments to start with effect from today September 9, 2020. This would bring the total disbursement to about N28B.

Discussions for review of a Permanent Hazard Allowance for all Health Workers will commence as soon as possible after consultations by the Honourable Minister of Labour and Employment with all Stakeholders in the Health Sector. Based on the principles of ability to pay, this will cover all Health Workers in a new Collective Bargaining Agreement (CBA). The meeting will be convened as soon as possible in that regard.

7. Payment of allowed arrears of the Consequential Adjustment of the National Minimum Wage to her members, and implementation of such in States Tertiary Health Institutions:

8. Domestication of the Residency Training Act by State Governments:

Recognizing the Autonomy of States within the Federation, the meeting agreed that the issue would be tabled at the National Economic Council and National Council of Health to persuade the States to domesticate the Act.

9. Health Workers in the Medical Centers attached to Universities:

The meeting agreed that these workers had been tied with the ongoing strike by ASUU and negotiations concerning them would be on a different platform involving Federal Ministry of Education.

In view of these Understandings, NARD will consult with her Executive Council within the next 24hrs with a view to calling off the strike by tomorrow, September 10, 2020.

Nobody will be victimized for any activity connected with or for participating in the industrial action.