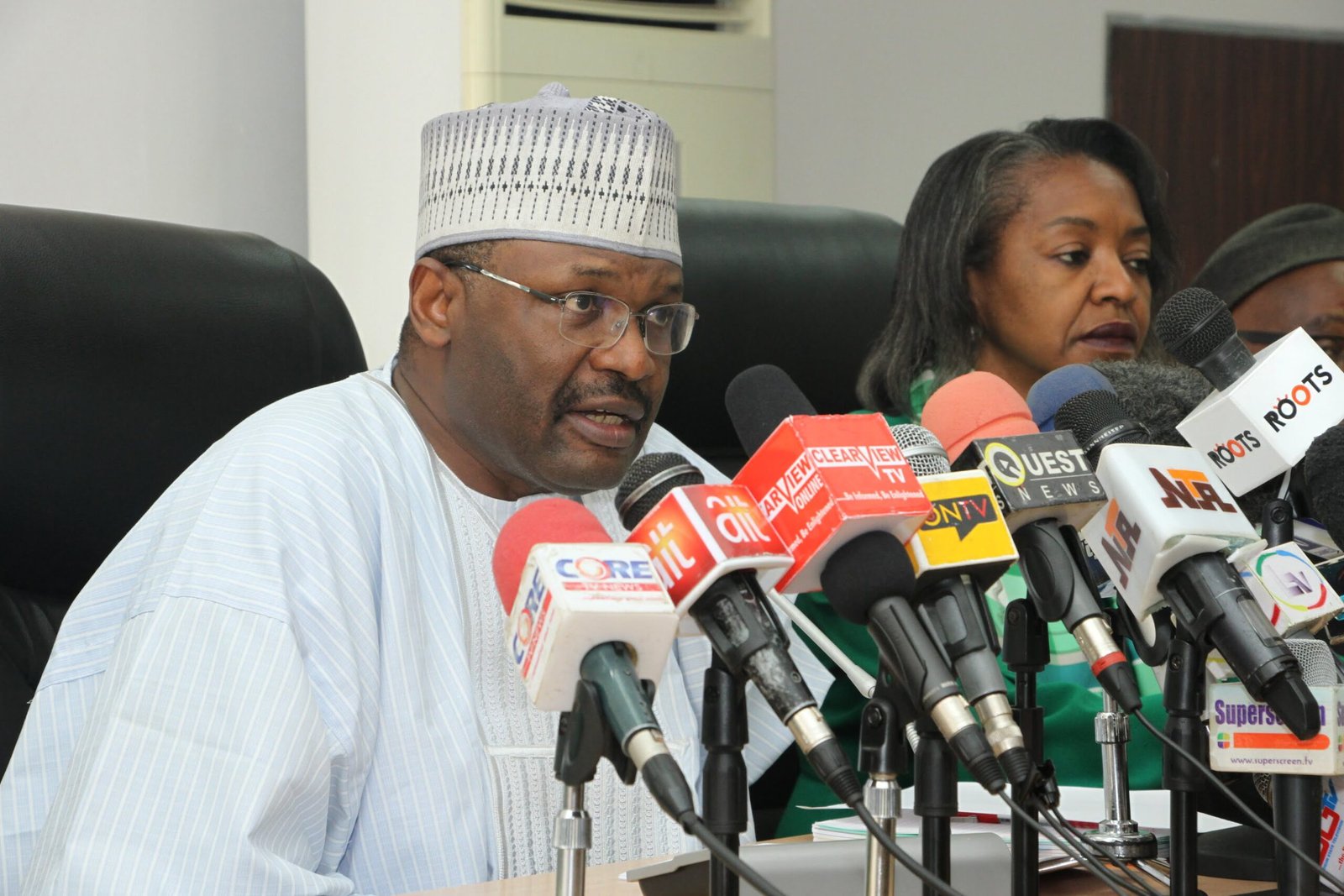 The Independent National Electoral Commission (INEC), has denied the allegations by the Peoples Democratic Party (PDP), that it was working with the All Progressives Congress (APC), to rig the Edo governorship election holding on Sept. 19.

Dr. Mustafa Lecky, INEC National Commissioner, and Chairman, Planning, Monitoring, and Strategy Committee (PMSC), made the denial in an interview with the News Agency of Nigeria (NAN), in Abuja on Friday.

Lecky said that the allegations by Ologbondiyan were not true, but a clear figment of his wide imagination.

“Traditionally, these sorts of allegations are not unexpected on the eve of a major election, I mean where political parties will spew out all manner of things about people.

“The downside of that is that they are stylishly tarnishing the image of the people and they have no fact about what they are saying.

“It just shows that somebody who is the spokesman of PDP, whom I suppose is a long-standing politician in the party, should know about the electoral process and how INEC functions. He should know that INEC is never contesting any election.

“Clearly, this is just a figment of his wide imagination. It is not true, it is not possible and I don’t know why he will link with me with APC.

“I am not a card-carrying member and I have never been. I don’t vote, I don’t exercise any franchise.

“If you look at it critically you will know that some things don’t make sense, but not unexpected at this time of a major election,” Lecky said.

He said it was unexpected as some of his colleagues had also been accused at different times without any fact to back the allegations.

The national commissioner said he had been doing his job and had established his credibility over the years.

Lecky assured Nigerians that INEC would conduct credible elections in Edo state without fear or favor for any political party or candidate.

Ologbondiyan, earlier speaking with newsmen on Thursday in Abuja, had alleged that Lecky was working with APC to manipulate electoral officers for the Edo election.

Ologbondiyan said that PDP also heard that the commissioner was changing the list of ad hoc staff recruited by INEC and collecting names from Ize-Iyamu and the former National Chairman of APC, Adams Oshiomhole, to work for their party.

The PDP spokesman had said: “Our position is that INEC and its Chairman, Prof. Mahmood Yakubu, cannot keep quiet on these issues. He must come and speak out on these allegations.

“We also have information that INEC working in cohort with the APC and their candidate is going to allow for the use of cloned Permanent Voter Cards (PVCs), on day of the election.

“We have all these allegations and we want to assure the people of Edo State that the PDP is following up and seeking strategies to neutralize all these game plans.

“That notwithstanding, we believe that INEC owes it as a responsibility to give assurance to the people that what we are hearing in the public space is not correct.”

Wike Is Running Rivers State Without A Budget – Ex-Gov Candidate