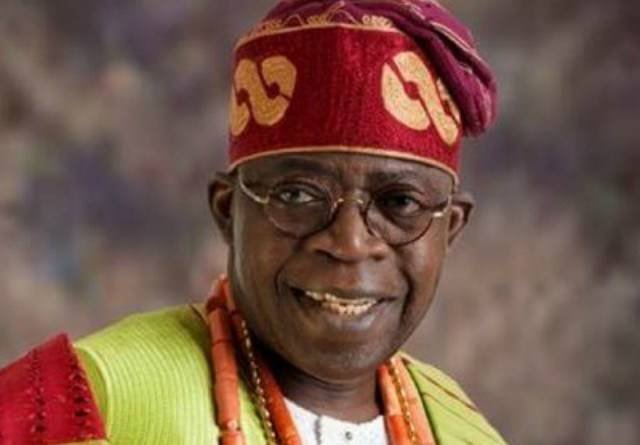 About 7.8 billion people live on the surface of the earth, but just very few are set apart by God for exploits in diverse areas-politics, science, entertainment & sports, philosophy, etc.

While the world sleeps, people in this class stay awake, digging deep and exploring & tinkering with supposed impossibilities, essentially aimed at making the world more exciting, comfortable, and pleasurable to live in.

The Greek’s Aristotle had no equal in the field of philosophy. In the literary sphere, Prof Wole Soyinka is a head taller than any of his contemporaries across the globe.

The Iconic Michael Jackson, Legendary Mohammed Ali, Phenomenal Pele of Brazil were all in the class of their own in entertainment & sports. Wilbur Wright, John Baird, Michael Faraday, and Carl Benz, the inventors of the Aeroplane, Television Set, Electricity, and Motor Car respectively, were all extra-ordinary beings created by God to rule & subdue the scientific world.

Back home in Nigeria, the heroic acts of Chief Obafemi Awolowo, Dr. Nnamdi Azikiwe, the Sardauna of Sokoto, Sir Ahmadu Bello and even, Chief Olusegun Obasanjo, would continually linger in our memory.

They all bestrode the Nigerian political landscape like a colossus. After their glorious and very impactful era, a new hero has emerged in the political scene; he is no other than Asiwaju Bola Tinubu, the Jagaban of Borgu.

In all the nooks & crannies of Nigeria, his image looms large. In the presidency, national assembly, state houses of assembly, as well as local government councils across the land, his influence resonates in all corners.

His major strength: While other leaders deploy valuable times endlessly celebrating victory after each election with fanfare,   and sleep away thereafter, oblivious of the fact that oppositions are unhappy, and on account of this, lurking and laying an ambush, Asiwaju stays awake, proactively launching his arsenal into the fortress of the oppositions, as well as taking a voyage into the future, evolving new strategy on how to conquer new grounds, as well as comprehensively dominating his world.

That was ingenuity that kept him afloat when Chief Olusegun Obasanjo deployed federal might to truncate the second term bids of Tinubu governors’ colleagues in South West during the general election of 2003.

It was the same strategy at play when he survived the plots of detractors, who wanted him extinguished at all cost, by the Code of Conduct Bureau. And of course, Nigerians were aware of his titanic battle with Aso Rock Mafia, sufficiently strengthened by Saraki and other foes, in the early period of Buhari presidency. Tinubu survived them all!

The cornerstone of this piece is the Asiwaju bold handwriting in the silent victory & triumph reverberating for APC across the country in recent times.

While millions of Bayelsans, even APC leaders both at the state and national levels, have all resigned to fate, when Supreme Court affirmed Senator Doye Diri as governor of the state and the dramatis personae, referring to himself as a miracle governor and assumed power with a flawed result of 156,000 he polled during the election to APC candidate’s David Lyon 356,000, not minding the fact that, he has not come to equity with the clean hand, Asiwaju in his characteristic manner, thought otherwise and resolved that over his dead body would that perversion of justice stands. He silently returned to the drawing board, digging very deep and consequently discovered a loophole in ANDP gubernatorial candidate that was disqualified by INEC to contest during the election, on account of his deputy governorship candidate who was alleged not to meet the age limit required for the deputy governorship office.

The result of Tinubu’s sustained efforts was the recent ousting of Governor Doye Diri from office. I can confirm that the governor, even with all his moves, would not return to that office again.

It’s also instructive to appreciate the fact that the impending victory of APC in Ondo and Edo states is another strategic move that bears the bold footprints of Asiwaju. Until in recent times, Ondo particularly looks shaky for the party, as most of the powerhouse and major stakeholders like Senator Ajayi Borrofice, Olusola Oke, Banmeke, Abraham, etc. were all at daggers drawn with the governor and affirming that they would frustrate his re-election bid.

With Tinubu intervention, the dissenting voices have totally disappeared, so much that the governor is now brimming with newfound confidence and optimism of his re-election. The same goes for Edo state where aggrieved members have all been re-integrated back to the fold of the party and everyone is now moving in one direction and operating with singleness of purpose, aimed at putting Godwin Obaseki squarely to where he belongs.

Asiwaju continually replicating the same touch in other states, political institutions particularly NASS, where he often provides a solution to complex problems and bringing warring parties together. It’s the same Midas touch that this writer has for long been imploring & encouraging Nigerians in all walks of life-political class regardless of affiliations, leaders of thoughts, teeming youths and women groups, traditional leaders across the land, CLO, SCO, as well as professional bodies to support Asiwaju to replicate on the national economy, infrastructures, international relations and other facets of our national life.

President Buhari has done remarkably well in all fronts, but Tinubu will take the country to a new level. The nation infrastructures-power, roads, rails, waterways, medicals, education, etc. need to be repositioned, re-engineered, and remodeled. The country needs to re-direct her foreign policy. Nigeria surely deserves a better deal in the international sphere. Our nation should by now, be an undisputed African leader and leader of the third world countries. Tinubu can comfortably alter the equation. I’m convinced that President Buhari would be excited & delighted to a have a worthy, commanding, developmental, highly resourceful & tactical, widely traveled & exposed successor, whose agenda is only to build a prosperous, united, and very respected nation, that Nigeria generations now and those yet unborn will be proud of.