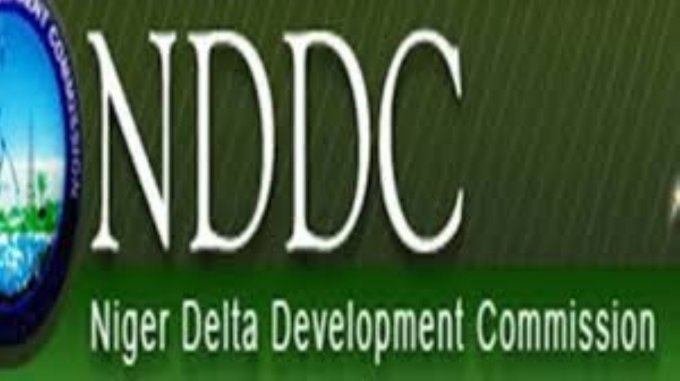 A group, Niger Delta Renaissance Coalition, has said it is disgusting to read the statements credited to the Acting Executive Director Projects of the Interim Management Committee of the Niger Delta Development Commission, Dr Cairo Ojugboh, that Nigeria will break if the list of looters in NDDC was released.

The group, in a statement by the National Coordinator, Comrade Godknows Sotonye, accused the NDDC official of playing the familiar game of dropping unsubstantiated claims, which the IMC uses to deflect attention from its own indictment for corruption, financial recklessness and mismanagement.

“If Ojougboh or any of his IMC colleagues has any such information, as Nigerians have repeatedly said, rather than play to the gallery, they should hand it over to the Anti-Corruption agencies to investigate and prosecute all those culpable. To make sensational comments that are unverified and spurious does not do justice to the war against corruption. A serious government will not have an appointee of a federal agency raise the alarm about the country going up in flames when it controls the investigation agencies and should instruct the appointee to make the report to these agencies and have them do their jobs. In all, it conveys the impression that Ojougboh is acting on behalf of some Corrupt interests in Buhari’s regime, who employ propaganda to divert the attention of Nigerians from their fraudulent activities,” the group said.

“In the newspaper report, Ojougboh entered into a diatribe against the National Assembly for exposing the severe malfeasance he, the Acting Managing Director Prof Kemebradikumo Pondei and their colleagues on the IMC had undertaken at the NDDC since (Godswill) Akpabio illegally imposed them on the NDDC in contravention of the law prescribing the appointment of its executive management.

“Perhaps, emboldened by the perpetuation of that illegality by the Buhari regime and the president’s inaction on the indictment of the IMC for corruption, Ojougboh has even gone further to justify the Corrupt and reckless unappropriated expenditures the IMC has undertaken, including the Covid-19 bonus through which the directors siphoned over N1.3 billion. In addition, the IMC members have been paying themselves allowances not provided for in the schedule of allowances for MDAs, as listed by the National Incomes Salaries and Wages Commission,” it said.

The group alleged that in addition to their regular salaries, the IMC had been paying out a steady N51 million every month to the Acting Managing Director as maintenance allowance, and N18 million monthly to each Acting Executive Director.

“In all, over the course of a few months, as the National Assembly probe unearthed, the IMC members have illegally spent N81.5 billion. The Senate has asked the IMC to make a number of refunds, among other Resolutions but Ojougboh sees this as an effrontery, because President Buhari has failed to wield the big stick as he ought to.

“According to the Vanguard newspaper, ‘The NDDC Executive Director on Projects took a swipe at the National Assembly for condemning the N51 million monthly imprest for the office of the Acting Managing Director of the Commission and the N18 million imprest for his office’”.

“Ojuogbo said ‘My MD feeds 100 policemen every day and in Port Harcourt as an executive of NDDC, you need security more than anything, till tomorrow, you know of it. When they are sending these policemen, the instruction is feed them, cater for them, that is what is in the letter the police hierarchy sent. So people are talking about N51 million of imprest for the MD, it is a security vote … Myself, N18 million, it does not go to my account, it goes for security and other expenses”

“If anyone needed a validation of the revelations from the Senate investigation, Ojougboh just presented not just the validation but the mindset with which the IMC members administer the NDDC. It is not just a criminal mindset that justifies their pleasure at the expense of the Niger Delta people, but one that revels in it, with an air of entitlement,” the group claimed.

The group also claimed that Ojougboh painted the Buhari administration as lawless and not adhering to laid down rules as a means to justify the IMC’s criminality, adding that he even generates hyperboles of fraud, corruption, financial recklessness and mismanagement in the Buhari regime as justification for what he and his colleagues on the IMC are doing.

“Buhari has diminished our democracy by allowing criminal actions of his appointees to go unpunished. His government cannot continue to act like it condones, even rewards, criminal behaviour by its appointees. Nigerians are waiting for him to act on the Corruption that has been exposed at the NDDC under the IMC,” the group said.