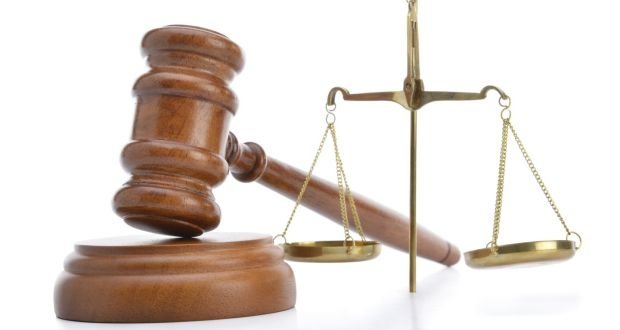 A Federal High Court sitting in Warri has declared that the Federal Road Safety Commission (FRSC) has no right to operate on township roads, which are not trunk roads.

The trial judge, Justice Emeka Nwite in a judgment in the suit delineated FHC/WT/CS/90/2017 filed by Darlington Ugo Ehikam against FRSC, ordered that the statutory power of FRSC do not extend to streets or roads in the state.

Ehikam had instituted the suit following the stoppage of his vehicle and seizure of his driver’s license by the officers of the FRSC on June 15, 2017, along Ajamumogha Road by Herismor house Warrior.

He argued that it was unlawful and a violation of his right to freedom of movement as guaranteed by the provision of section 41 of the 1999 Constitution as amended.

In his defense, the FRSC had argued that the National Assembly enacted the law for the establishment of the commission in the exercise of its powers under Section11 (1) and 4(4)(b) of the Constitution.

The commission contended that the “effect of the provisions of Section 15 and 30 of the FRSC Establishment Act 2007, is that the FRSC has jurisdiction to operate on all public highways whether the same is Federal or state highway.”

FRSC, therefore, submitted that its operational jurisdiction is within the precinct of the law for the safety of all road users in the overall national interest.

However, the plaintiff’s counsel had argued that the argument of the defense counsel to the effect that the commission is entitled under law to operate on any road in Nigeria was misleading and should be rejected.

“The issue of the operational jurisdictions of the FRSC has been settled by the Court of Appeal in the case of FRSC v. Barr Oko Omono Obla (2010) 15 NWLR (Pt. 1217) 635,” plaintiff’s counsel declared.

While delivering judgment, the court held that “it should be noted that the case of the plaintiff on the issue is that the exercise of power to stop the vehicle as well as impose fine and penalty as appropriated must be limited to areas designated by the law establishing the Commission.

“It is restricted to the Federal Highways and that is the intention of the legislature as expressed in the FRSC establishments Act 2007.

“Consequently, the plaintiff agrees that the power of Federal Road Safety Commission to Stop vehicles and impose fine and penalty and enforce payment of same is not in doubt, provided such powers are exercised within areas or locations permitted by law.