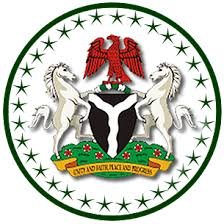 The 36 state governors under the aegis of Nigeria Governors’ Forum (NGF) will on Wednesday deliberate on the N1 billion Federal Government COVID-19 support approved for the 32 states at the 16th teleconference meeting since the outbreak of the COVID-19 pandemic in the country.

The Forum’s meeting which is to be chaired by NGF Chairman, Governor Kayode Fayemi is also expected to consider the report on the Executive Order #10 will be given by the Vice Chairman of the Forum and Governor of Sokoto State, Hon Aminu Waziri Tambuwal, according to the invitation sent to the governors by the NGF Director-General, Mr. Asishana Bayo Okauru.

“The governors will be discussing the CACOVID flag-off and distribution of palliatives which has been ongoing on a geopolitical regional basis, the Basic Health Care Provision Fund (BHCPF) which approval has been secured and then get an update on the N100 million World Bank Support.

“A N1 billion Federal Government COVID-19 support to 32 states which has also been finalized will make it to the governors’ discussion table just as a report on the Executive Order #10 will be given by the Vice Chairman of the Forum and Governor of Sokoto State, Rt Hon Aminu Waziri Tambuwal.

“An award on wild polio which was given to the NGF during the weekend by Rotary International Polio Certification will feature, according to the invitation that was issued to governors by the Director-General of the NGF Mr. Asishana Bayo Okauru.

“For over two years the controversy surrounding stamp duty collections had gone full circle and is now back to the governors’ purview where the recovery and other legacy issues will be discussed by the governors with a view to working with a consortium of consultants.

“As usual, Gov. Okowa’s Committee on PTF will give governors an update just as a presentation by the World Bank on the SFTAS and its new deadlines will seal the proceedings for the day,” the statement issued by the NGF Media office read.