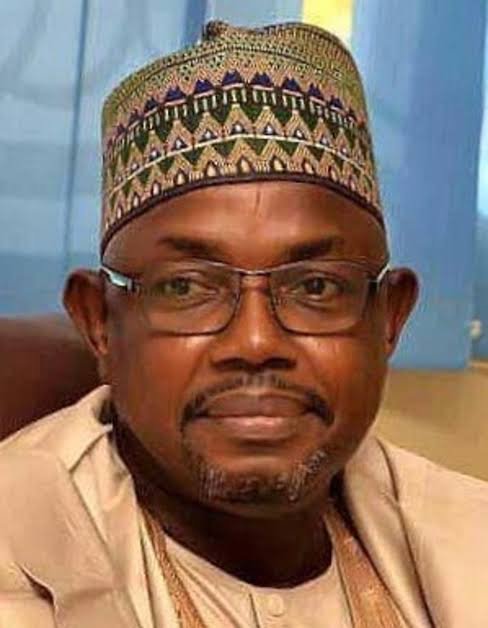 Former National Chairman of the All Progressives Congress, APC Architect Waziri Bulama in this interview with Tom Okpe in Abuja last weekend spoke on the insecurity that has ravaged the country. He also spoke on the 51st birthday of the Borno State Governor, Prof. Babagana Zulum, and his one year in office. Excerpts

What is your assessment of the fight against insurgency, has it met your expectations considering that the manner with which this administration came, many believe the crisis should have ended by now

As an APC person, we have been invested with the responsibility of governing Nigeria by the citizens since 2015. Clearly, as of 2013/2014 there was hopelessness among Nigerians and they voted APC to give new leadership to solve particularly, security problems, impunity problems, and others. For security, there has been progressed and improvement in addressing this problem of insurgency in the northeast. I’m from Maiduguri,  I was born and raised in Maiduguri and I have lived in every part of the city all these years and  I have been a witness to when this crisis started and when it exploded and later developed into an insurgency and so on. Clearly this government has done a lot in fighting the insurgency, especially around our major towns. For instance, in 2015 Maiduguri itself was totally isolated and cut off. It was like a refugee camp,  no flights, no economic access, no schools nothing.  But now the situation is different, life has returned to normal in Maiduguri,  Damaturu,  Mubi, Yola, and all these places in the northeast.  So there has been a great deal of improvement. Also, the government has taken measures to reconstruct the northeast by creating the Northeast Development Commission, and many displaced persons have been resettled, but there is a need,  going forward—even though the military and the federal government has done a lot—to strategically map out a plan for closure, for bringing this crisis to an end and resettling people once and for all.

I think this is what we must do.  There’s a need to bring this crisis to closure by all means,  because the continuation of this crisis, yes there is a sporadic attack here and there, the escalation of this crisis raises a lot of questions over the capacity of our security agencies or the commitment of government, raises questions over the commitment of security chiefs, over the complicity of the local community, and so on.  There’s a need to put all hands on deck to strategically bring this crisis to a closure.

Your kinsman, the Gov. of Borno State, Prof. Zulum will be 51 on Fridày, what’s your message to him?

We will only, but thank God that we have Prof. Zulum as Governor of Borno State in this period, we also thank God for his life. Governor Zulum is a very energetic, very hardworking and very committed,  deeply knowledgeable, deeply passionate, very empathetic person that is pro-poor, so he has brought in these exceptional capacities into leadership and he is working aggressively and round the clock to address the problem of the ordinary people of Borno State. That state which in fact was known as Home of Peace has been in crisis for well over ten years. So Zulum has brought in capacity, deep knowledge, commitment, and passion to not only in addressing the humanitarian crisis in that state but to also bring the entire security challenge and crisis to an end by closely collaborating with the federal government,  security agencies, stakeholders, and everybody towards bringing this crisis to an end. To restore peace and normalcy to Borno State.

Governor Zulum is a product of Providence,  he’s not a product of privilege. He worked hard to achieve whatever he achieved in life. He’s like many of us, from a humble family. He is very close to the grassroots, he knows the problem of the local people, the youths, the women, the indigent men and women, the elderly, and how people have been suffering in the last ten years. He is very close to ordinary people. Ours is just to continue to encourage him, to wish him the very best, and to urge him to continue on the very part of providing authentic leadership that he is providing our party, APC, as a pro-poor leader, pro-youth, pro-women,  a party committed to egalitarianism and welfare of the greater majority of the people, a party committed to addressing the problem of the people. Our party is very happy.  Governor Zulum along with other young governors are providing the style of leadership that addresses the real problems of the ordinary people in this country.  At moment, our party is very happy with him, we are all very happy with him, as senior citizens of Borno State, we appreciate his efforts, commitment, sacrifices, and the risks he is taking to ensure that the problems are addressed. So far, what he has done has endeared him to the ordinary people in the state. All Nigerians also admire his style of leadership,  his restlessness, and his aggressive approach towards solving problems.  Personally I’m very happy with him and want to encourage him to continue on his tracks and wish that  God will bless him and protect him. I wish him a successful tenure.

The governor spoke out recently when he faced a very serious security challenge,  his convoy was attacked. Some in the government felt embarrassed, but he wears the shoes, so he knows where it pinches.  What do you advise him going forward?

Well, I would urge him to seek greater collaboration, there are many stakeholders, national, international, and local that have a part to play in the affairs of the state. So I would urge him to bridge the communication gap with all the stakeholders.  As the chief security officer of the state, I will urge him to continue to invest more in communication dissemination,  getting more information, and passing more information. Generally, to seek to bring all stakeholders together, all security agencies operating in the state, all the humanitarian bodies that are operating in the state, the citizens, the various structures of the leadership of society, from the small communities to local governments, and so on.

Prof. Zulum has been commended for bringing something different in solving the problem he met in the state?

Cuts in……Yes, the leadership, of course, entails and requires a lot of investment in collaboration, coordination, cooperation so as to achieve synergy. I know that he has already set up structures for harmonizing, for instance, the intervention of humanitarian agencies. I know he has set up many committees to cater for the welfare of displaced people across the state, some outside the countries that are sharing borders with Nigeria and refugees, many displaced persons across the country. So, he has already within the last year, doing a lot to promote coordination and collaboration. So, greater investment and effort in bringing all these stakeholder groups, security agencies, humanitarian agencies,  different local, and business communities, and beleaguered groups who are living in various refugee camps across the country cannot be overemphasized. Greater communication will help reduce conflicts, confrontation. Through such robust effort, there will be less conflict and greater harmony and understanding.  Because everybody is committed to ending this conflict, all the stakeholders from the federal government, the security agencies,  the local people, the international community,  everybody is tired.

At a time most of our friends are unable to access their communities, the worrisome thing is that the youths of these communities are seriously involved in the destabilization of the area. What message would you pass to them?

There is little one can tell the youths in terms of words because these adolescents are victims or products of limited opportunities. They resort to drug abuse, they resort to banditry, and violence to get money, what comes to their minds really is either steal,  rustle cattle, abduct people and resort to all illegal ways to extort money to survive. What would you tell such person by simply saying ‘don’t do this’ that is simply not enough? What we are supposed to do or reinforce as leaders are to ensure that our communities are well secured, we provide opportunities for youths and everybody.  So that people can have meaningful things to do, such as in farming, various activities in the agriculture value chain, trading for them to have legitimate means of livelihoods. We also have to ensure that we have a society where there are law and order, where there’s accountability, that people should learn to prevent crime from happening, there should be deterrence. Right now crime happens because people commit crimes and get away with it.  They commit crimes and it takes time before they are tracked and caught to face the law. This is what is tempting others to abduct people or to steal or even kill and go. So we must improve on the security situation in the country to such extent that people should fear that when they commit crimes, there are consequences. And we should really ensure that our leaders should get close to the grassroots to provide an opportunity to people,  to youths for them to have hope, to have a start in life. If it requires that people should be given stipends and loans to start a business, the government should do it to ensure that every young person has ten thousand, fifty thousand, hundred thousand to start poultry, small farm, or small trading business. Yes, we must do that.  By just saying that it is not good to be smoking hemp or taking intoxicants is not just enough. We have to provide opportunity and we also have to ensure law and order, a kind of carrot and stick approach. For instance, one of the things I have been reading is the glaring lack of governance at the grassroots level. We have 774 LGAs in this country but we know that at the local government level properly as it should be.

When there’s no law and order, no social activities, no economic activities at the local level. This is the place citizens live and learn when there’s no accountability, no identity management, people just live and get by.  And there is a lot of hardship at the local level, no opportunities. So we must ensure, we must promote the proper functioning of LGA. We must have functional leadership, both a proper functional local government system as well as traditional local leadership system.  We must ensure that society is well organized and life is formalized at the local level because that’s where people live,  whether in big cities like Lagos, Kano, Ibadan Enugu, or Maiduguri, the local government must function because these cities have many LGA, the citizens are organized in. Wards and so on, there must be functional in leadership, there must be law and order, there must responsibility and accountability. There must be monitoring of what citizens do, clubs, associations, playing fields, school, health center. These things must be properly managed. The identity of everybody must be known. We should have organized society at the local government level, working in tandem with the community police,  It is not the duty of state and local government to provide everything for the citizens. It is a collective responsibility and we must give time and resources to that.