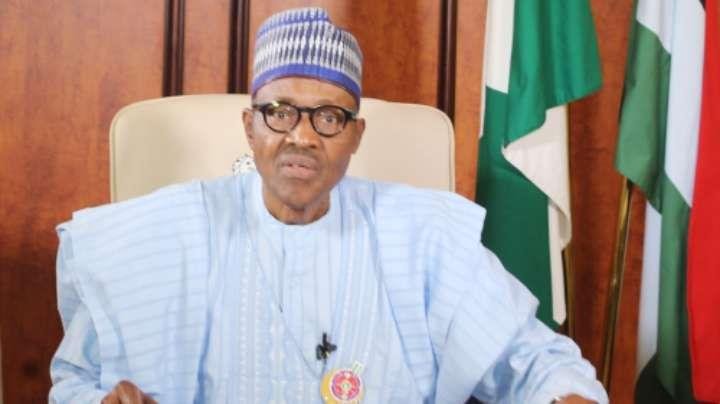 The President, Major General Muhammadu Buhari (retd.), says it will be “grossly irresponsible” to borrow to subsidise electricity tariff amid the economic crunch caused by the lockdown occasioned by the COVID-19 pandemic.

He also said no provision was made for fuel subsidy in the Revised 2020 Budget, noting that about N1.7trn has been spent on tariff shortfalls to support the electricity sector since its privatisation.

The increases in fuel price and electricity tariff have sparked outrage of late with the Trade Union Congress and 79 other civil society organisations and labour unions set to hold nationwide protests this week.

The President, who spoke on Monday during his second-term First Year Ministerial Performance Review Retreat in Abuja, noted that under the new arrangement, only customers who get electricity for 12 hours and above per day would have their tariff increased.

Buhari had won his re-election in 2019 after defeating the opposition Peoples Democratic Party’s candidate, Atiku Abubakar, with about four million votes in the February 23 poll.

He had on August 21, 2019, constituted his second-term cabinet and had in August 2020 while marking one year since the inauguration of the cabinet listed 35 policies, programmes and projects as his second-term achievements.

The First Year Ministerial Performance Review Retreat focuses on examining the performance of the ministers and other officials in the President’s cabinet.

Buhari, who is attending the 57th Ordinary Session of the Economic Community of West African States Authority of Heads of State and Government in Niger, was represented at the retreat by Vice President Yemi Osinbajo.

The PUNCH had earlier reported that some loans obtained by the Federal Government have been the subject of controversy of late.

Speaking on Monday, the President said the government revenue had shrunk by 60 per cent due to the COVID-19 pandemic but the government was not considering borrowing to fund subsidy for electricity and petrol.

He said, “The COVID-19 has led to a severe downturn in the funds available to finance our budget and has severely hampered our capacity. One of the steps we took at the beginning of the crisis in March when oil prices collapsed at the height of the global lockdown was the deregulation of the price of premium motor spirit such that the benefit of the lower prices at the time was passed on to consumers.

“The effect of the deregulation is that pump prices of petrol will change with the changes in global oil prices. This means quite regrettably that as oil prices go higher, we could see some increases in pump price. This is what has happened now when global prices rose, it meant that the prices of petrol locally will also go up.

“There are several negative consequences if the government should go back to the business of fixing or subsidising petroleum or PMS prices.

“First of all, it will mean a return to the costly subsidy regime. Today, as we’ve heard, we have 60 per cent less revenue. We simply cannot afford the cost.

“The second danger is the potential return of fuel queues which has thankfully become a thing of the past. Nigerians no longer have to endure long queues just to buy petrol often at highly inflated prices.

“Also, there is no provision for fuel subsidy in the Revised 2020 Budget simply because we are not able to afford such a cost.

“If reasonable provision must be made for health, education, and other social services, we simply cannot sustain petroleum subsidies.”

Furthermore, the President said, “The recent service-based tariff adjustment by the discos has also been a source of concern to many of us. Let me say frankly like many Nigerians, I have been very unhappy with the service by many of the discos. But there are many constraints including poor transmission and distribution capacities. I’ve already signed off the first phase of the Siemens Project to address many of these issues.

“Because of the problems of the privatisation exercise, the government has had to keep supporting the largely privatised electricity industry. So far, to keep the industry going, we have spent close to N1.7trn especially by way of supplementing tariff shortfalls. We simply do not have the resources at this time to continue in this way. And it will be grossly irresponsible to borrow to subsidise generation and distribution which are both privatised.”

Buhari also stressed that “the timing of these two necessary adjustments” was coincidental, assuring Nigerians that the government was not insensitive to their plights and would continue to do all it can to make life better for the masses.

Irukera, a gentleman of great values.