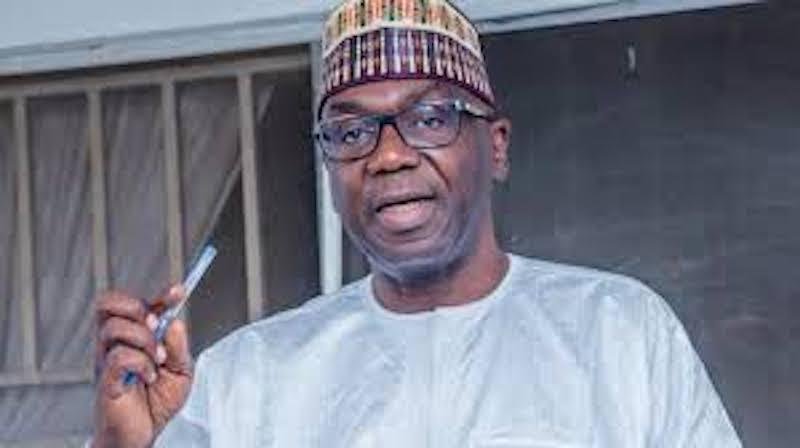 Since the assumption of office on May 29, 2019, Governor AbdulRahman AbdulRazaq’s administration has left no one in doubt that the development of the health sector and other sectors will witness a new paradigm shift in the quest to make life more enjoyable so as to meet the Sustainable Development Goals.

This, the administration believes will usher in new lease of life, thereby bringing health care delivery to the doorsteps of the populace. It is also believed that since health is wealth, no government can add values to the socio-economic well-being of the populace unless such government takes a pragmatic approach to the health sector so as to take care of the yearnings and aspirations of the governed.

In doing this, the current administration in Kwara State set the ball rolling by embarking on massive rehabilitation of the health sector with adherence to the world standard in order to assist the people to have access to qualitative and standard health care delivery in all the state’s health institutions.

Apart from this, the administration has taken it upon itself to see that all the international donor agencies that had stayed away from the state for past few years were contacted and all the unpaid counterparts funding were redeemed so as to allow all the supports capable of boosting the health sector come to the state for the overall benefits of the populace.

It will be noted further that the administration has recruited medical personnel and other health workers that would ensure good health care delivery to the people while drugs and other materials were purchased to see that people that visit hospitals and health clinics have access to drugs so as to heal whatever sickness that they might be suffering from.

These are laid-down foundations that propelled the new government to take a further step in its bid to improve the health sector and also to bringing health care delivery to the doorsteps of Kwarans.

However, on September 4, 2020, it was a new dawn for the people of Kwara State as the present administration successfully brought health care delivery to the doorsteps of Kwarans with the official launch of the first phase of the state health insurance scheme.

Though the scheme was known to the state as far back as 2007 when the former governor of the state and immediate past senate president, Dr. Bukola Saraki launched the scheme in Shonga town in Edu local government council area of the state, the launch of the scheme then allowed indigent people of the state to have access to community health insurance scheme with the payment of N200 by every household in the state.

During the period under review, the scheme spread to other local government councils of the state, and this reduced infant mortality among the people of various communities in the state.

The administration of former governor Abdulfatah Ahmed continued with the scheme as thousands of indigent people of the state benefited from the scheme. The development, however, was to allow people in various towns and villages that could not meet the tertiary health sector mandate occasioned by higher charges have access to good health care delivery with just a token.

But, the present administration of governor AbdulRahman AbdulRazaq saw a great benefit of this scheme and fashioned out this scheme for the overall benefit of the common people in the state. Since the present administration believes in health for all and bringing health care delivery to the doorsteps of the rural populace, it has been working round the clock since the assumption of office to achieve the goal.

The new initiative of the administration in the launching of the health insurance scheme was a mission accomplished so as to ensure the rural populace have free access to health care delivery without any problems as this would go a long way of improving the socio-economic growth of the people.

In this new scheme tagged, ‘Go Live’ (Access Care), every worker in both private and public sectors would be paying N9,000 per head while those unskilled workers like traders, vulcanizers, tailors, welders, among others will pay N6,000 per head. All these would cover the medical treatment of affected persons without any hindrance.

The state government has partnered international agencies like PharmAccess, and the Netherlands in the provision of technical assistance to the scheme while qualified medical workers have been on the ground to take care of the beneficiaries in the state.

The government has also rehabilitated all the health institutions in the state so as to enable the scheme to meet the world standard as this will assist the beneficiaries to have good medical attention and thereby boost the well-being of the populace. Already, the administration has targeted 10,000 enrolees across the state as the first phase of the scheme takes off in the state.

He said, “At least 10,000 indigents are covered in the first phase of the insurance that is 100 percent free for the vulnerable while the state works to onboard premium-paying persons in the formal and informal sectors of the economy.”
The governor stated that the 10,000 were captured in a statewide pilot registration of indigents for the scheme in March 2020. AbdulRazaq said the launch was another major step in his administration’s efforts to achieve the SDGs and called on residents to take full advantage of the scheme.

“A major agenda of this administration is to ensure that Kwara State ticks all the right boxes and achieves the SDGs by 2030. This is beyond empty slogans. Yesterday, we began the disbursement of Owo Isowo to 21,623 petty traders under our social investment programme.

“The KWASSIP, which also includes safety nets for the aged and vulnerable, seeks to end extreme poverty in our state,” he said.

The governor added, “The launching today of this health insurance scheme is a direct response of the administration to the goal 3 of the SGDs which is access to good health and well-being. We are starting this scheme by onboarding at least 10,000 indigents as a test run.

“These indigents have had their premium fully paid. This means the health insurance is 100% free for the indigents. We hope to enrol many more indigents in the coming years. I commend our partners for their support and the leadership and staff of the health sector in Kwara State for their hard work.

“I specifically commend the leadership of the Kwara State Health Insurance Agency for seeing this through. We are also proud as an administration to have made the necessary investments in that regard.”

He noted further, “Health insurance scheme boosts the life expectancy of our people, promotes good health, and ultimately strengthens the economy. It has the potential to prevent families from a sudden fall into poverty as a result of an unforeseen health crisis.

“The insurance scheme takes care of basic health issues before they become complicated. Studies have shown that most of the health issues found in secondary and tertiary health institutions arose majorly because they were not tackled on time.

“I, therefore, urge people in the formal and informal sectors — who are to pay a token as their own premium —to enrol in the scheme. It is cheap, affordable, accessible, and is supported by carefully selected functional facilities and committed medical experts in the state.”

In her remarks at the event, the Executive Secretary of the Kwara State Health Insurance Agency, Dr. Olubunmi Jetawo-Winter, said the launch at a time of global health emergency and dwindling resources underscores the governor’s commitment to offering the people the most basic health services.

She said, “The launch of the scheme today provides one of the most sustainable and long term solutions to addressing our existing and future health challenges.

“The scheme will make basic healthcare available and accessible to every inhabitant of the state, irrespective of their socioeconomic status.”

Jetawo-Winter added, “Our governor has made funding available for the implementation of the scheme covering all activities of the agency. This has helped to provide infrastructure and equipment, and also build the capacity of staff needed to drive the scheme.

“On the supply side, in revamping our health sector, our governor has also committed to improving availability of health services by rehabilitating over 100 facilities in communities across the three senatorial districts of the state. This project has commenced and is ongoing. This is truly unprecedented and remarkable at a time like this in the history of the world.”

She commended the First Lady of the state, Dr. Olufolake AbdulRazaq, the leadership and members of the House of Assembly, and cabinet members for their support to push through the scheme.

The state’s Commissioner for Health, Dr. Raji Rasaq, lauded the giant stride of AbdulRazaq-led administration in the quest to make health care delivery for all in the state.

He said that his love and support for the health sector have brought a new lease of life to the people of the state.
Dr. Rasaq, however, said the launch of the health insurance scheme would go a long way to bringing health care to the doorsteps of Kwarans without any hindrance.

In her goodwill message, the Ambassador, Business, and Development of Netherlands, Ministry of Foreign Affairs, Steven Collet said, “Today you have made history in Kwara State by launching the state health insurance scheme that will benefit the people of the state.

“By launching the scheme, you have shown that the most effective way for Kwara State, and indeed Nigeria, to tackle coronavirus, other illnesses, and future outbreak is to invest in healthcare systems.”

Also, the CEO of the PharmAccess Foundation, Monique Dolfing Vogelenzang, said the launch showed that the Kwara State government is taking a lead in healthcare funding at a time of the global pandemic, urging citizens to take full advantage of the scheme.

The governor officially presented ID cards to some of the beneficiaries at the launch which was attended by Speaker of the Kwara State House of Assembly, Yakubu Salihu Danladi; House of Assembly members; cabinet members; and top officials from the Ministry of Health; and representatives of the development partners.

The governor, however, at the event presented ID cards of the scheme to beneficiaries from the three senatorial districts: Fatimah Suleiman (Kwara Central); Abdullahi Idris Ahmed (North); and Adekunle Jumoke (South).

By and large, with this new initiative of the administration in the provision of health insurance scheme for the teeming populace of the state, a new dawn is set in the desire and commitment of the administration to take the health sector into a next level as the slogan of the ruling APC in the country exemplified.