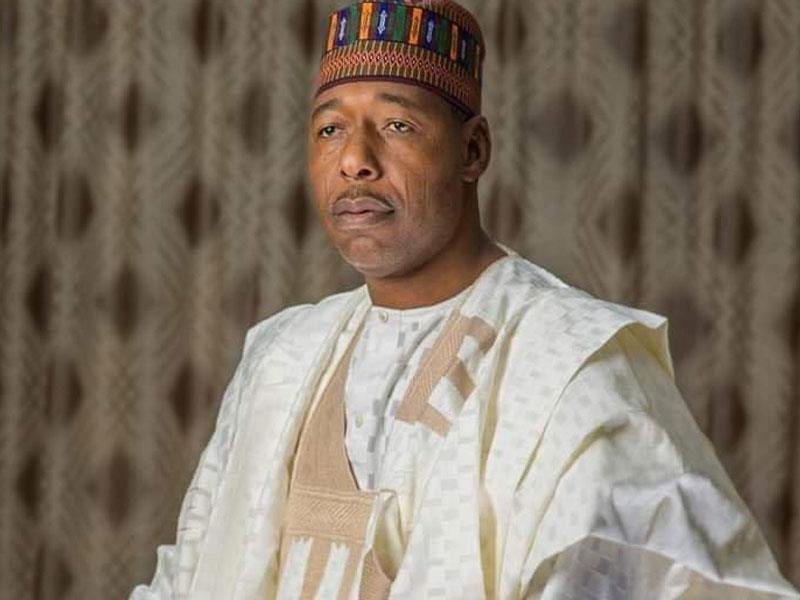 From his style to ideas, background, education, exposure, worldview and general personal disposition, Borno State Governor, Professor Babagana Umara Zulum, is arguably one of the promising faces of the future, writes Michael Olugbode

The choice of Professor Babagana Umara Zulum as the candidate of the All Progressives Congress (APC) in the last governorship election and subsequently winning to become the governor of Borno State could be said to be divine, if indeed, the saying that the voice of the people is the voice of God, is true.

He was not a firebrand politician and never had a political structure but his performance in the big but few tasks that were given to him warmed him to the hearts of the people of the state.

He is a people’s choice. His predecessor, Kashim Shettima, in order not to run into political landmine while choosing a successor decided to rely on all stakeholders and the overwhelming support was Zulum. And Shettima tagged along with it.
The decision to go with Zulum according to Shettima tested him and he had to face “the test of choosing between my personal interest, my friendships, and my political associations, all on one side and on the other, my conscience and the future of Borno State.”

According to him, “Borno has witnessed a long period of gloom and doom. Our peculiar experiences in Borno State have to my mind, made the task of choosing a potential governor a difficult one. It was a task, which required and forced me to set aside personal interest and consider the greater interest of our dear state. Borno is greater than Kashim Shettima and Borno is greater than any one of us.

“Making the choice of my potential successor was beyond my thinking alone. Such a choice required a combination of very deep thoughts and wisdom. I, therefore, had to undertake very extensive consultations. I consulted to the extents never reached in the recent political history of Borno State….”

One may want to ask who is this Zulum that the people of Borno cannot resist? Zulum came from a humble background. He had to join his father in tilling the ground at a tender age in Loskuri village in Mafa local government area of the state.
He, at a point in time, had to trek seven kilometers daily to reach his father’s farm from their home. He combined farming with his primary and secondary school in Mafa and Monguno from 1975 to 1980 and 1980 to 1985, respectively. He had to take the decision to work for his education, when he was in Class 5 in secondary school.

He once said: “From 1984 to around 1999 (16 years) I became a commercial driver of taxis, particularly Peugeot 404. At some point, I also drove buses carrying passengers to different villages, and neighbouring states. At a later time, I drove commercial pickup trucks carrying firewood from forests. While working as commercial driver, I learned how to fix any vehicle I drove.

“In 1986, I gained admission into Ramat Polytechnic in Maiduguri, owned by the state government, to study for a National Diploma in Irrigation Engineering, and lived with relatives off-campus in Kofa Biyu, a densely-populated area.

“I trekked for eight kilometers from Kofa Biyu to Ramat Polytechnic and back whenever I had lectures. But I was already used to long walks, all my life, as I couldn’t afford transport to school. “Whenever I drove taxis and returned the vehicles to owners, I used what I got for my basic school needs. I later also became a commercial operator of grinding machine, and I owned one in Mafa, and during weekends, I went there to serve customers.”

Zulum obtained his ND in 1988, and in 1989, joined the Borno State Civil Service civil as an Assistant Technical Officer in the state’s Ministry of Agriculture. In 1990, he moved into Borno State Unified Local Government Service as Senior Field Overseer.

But he would also lament that: “While working, the salary couldn’t cater for my needs and some dependants. So, I continued commercial driving to augment my income.

“An experience after gaining admission in Ibadan will always remain memorable, as my registration was delayed for three weeks, because I could not pay my registration fees. I did not have the money, when I departed Maiduguri, but I believed I could get some work to do in Lagos.

“For three weeks, I lived in Alaba Rago working with commercial vehicles and there I raised the money for my tuition. I went to Ibadan, paid my fees and started. I graduated in 1998, returned to the civil service as a Senior Agricultural Engineer and later Principal Water Engineer,” he noted.

He continued lecturing in UNIMAID, even after his appointment as rector at Ramat Polytechnic in 2011 by Governor Kashim Shettima. As rector, he oversaw great developments, ensuring the erection of capital infrastructure using internally generated revenue and attracting interventions from federal agencies.

His milestone achievements paved the way for his appointment as the inaugural Commissioner for Reconstruction, Rehabilitation and Resettlement, a position he held from 2015 until he became the governorship candidate of APC towards the 2019 election.

He became the governor of Borno State through the goodwill he gained by virtue of his performances in tasks he was given and which took him from grass to grace.

Since he became the governor, he had not lost touch with the people, who took him to the helm. He had fought for them in conference rooms and on the streets. He has been called on undiplomatic all in the effort to bring security and comfort to his subjects, he has traversed so many terrains, difficult, suicidal or otherwise to visit his subjects and bring succour to them.

There had been two attempts on his life folowing attacks on his convoy but he never stopped working. He is not satisfied with staying at the office at the Government House, but chose to reopen the Governor’s office at the Secretariat, which he intermittently work from. Zulum, in order to tackle insecurity and to be closer to the people, created a liaison office on the near deadly Maiduguri-Damaturu road.

He has created the Rapid Response Squad to tackle insecurity in the state, apart from employing the services of local hunters and vigilantes. His support for already established military and security outfits has never waned. In fact, he has been assisting them financially and with logistics.

To tackle insecurity, he had gone the full hog. At a time, he declared an official day of statewide fasting and prayers (Monday, February 24, 2020) to seek divine intervention for the military’s peace building efforts to succeed. Muslims and Christians in Borno and beyond responded to the governor’s call with a fast that Monday. To match prayers with action, since he came to power, he had approved the procurement and deployment of almost 400 Toyota Hilux vehicles to the fight against Boko Haram. These vehicles are critical to the operations of the military, other security forces and volunteers in the fight against Boko Haram. The Borno State Government regularly supports these operational vehicles with fuel and maintenance.

He also support families of soldiers, especially those killed in combat. The governor makes it a habit to pay morale boosting visits and to offer welfare support to military formations in all his many humanitarian trips across the 27 local government areas in Borno. At the Government House in Maiduguri, Zulum accords special treatment to military commanders and heads of other security establishments. With or without appointments, military heads walk to Zulum’s office anytime the need arises, and the governor suspends everything else. He attends to requests, often for ‘logistics’, brought by security heads, and he is particular about the military.

So much is the governor’s commitment that the Chief of Army Staff, Buratai, on Sunday, May 24, 2020, publicly described Zulum’s support for the military as “immeasurable.”

Before the COAS, Nigeria’s Minister of Defence, Major General Bashir Magashi (rtd) said on Monday, December 16, 2019, that the Nigerian military was happy to have in Zulum, “a governor that is very versatile and dedicated in the operational activities of fighting Boko Haram.” Magashi also spoke in public.

Zulum’s interventions have not been about security alone, he’s done creditably well and when he celebrated his first year in office he was able to showcase 326 capital projects and 49 programmes/policies.

That was about four months ago, the train of Zulum is still moving and wherever it rests, there is a project delivered even with the dearth of financial capacity brought about by the worldwide economic recession and the COVID-19 pandemic.

Kashim Shettima would be glad that his decision to look beyond friendship and personal gain in the choice of Zulum has yielded gains and accolades. Besides, the people of Borno are happy that a gem of immeasurable worth is taking their wellbeing above every other thing and working to bring the land back into reckoning.