Why we exempted ANDP Bayelsa gov candidate, by INEC 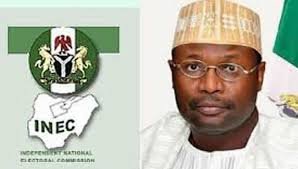 The Independent National Electoral Commission (INEC) has maintained the Bayelsa governorship candidate of the Advanced Nigeria Democratic Party (ANDP) was not validly nominated for the November 2019 election.

The Commission insisted though the party attempted to substitute the deputy candidate who did not meet the 35 years age benchmark as stipulated by177 (b) of the Constitution of the Federal Republic of Nigeria, it was denied the privilege because in line with the provisions of section 35 and 36 of the Electoral Act “you must, first of all, make a valid nomination before you can carry out a valid substitution”.

The Bayelsa governorship election tribunal had annulled the election because the ANDP candidate, Lucky King-George, was excluded from contesting the poll.

But reacting to the judgment, INEC National Commissioner and Chairman Information and Voter Education Committee, Festus Okoye, said it excluded the candidate in line with the provisions of the Constitution and the Electoral Act.

According to him: “The Commission conducted governorship election in Bayelsa State in November 2019, this party called Advanced Nigeria Democratic Party (ANDP) filed the nomination of its deputy candidate by the name Peter David, as at the date they filed the nomination of this particular candidate, he was 34 years old and by section 177 (b) of the Constitution of the Federal Republic of Nigeria for you to be a governorship or deputy governorship candidate you must attain the age of 35 years.

“Therefore on the 13th  day of September 2019 the Independent National Electoral Commission (INEC) wrote to the ANDP, telling them of the invalidity of the nomination of the deputy governorship candidate in relation to the election they want to contest, now the party responded to the Commission and agreed that the candidate they nominated was under aged because the fact of his underage was evident in the birth certificate and the declaration of age which the candidate submitted and the affidavit which he swore to.

He continued: “This was what happened between the Commission and this particular political party. Moreover, the Commission may likely make its position formally known in relation to the issue because as far as we are concerned, issues around the nomination of candidates, issues around the nomination of candidates are what we call pre-election matters and are governed by provisions of section 285 of the Constitution, so any political party that is complaining of invalid nomination or unlawful exclusion or substitution must file its matter within a period of 14 days from the period of the accrual of that particular event.

“So this is where the Commission stands as at today, when we receive the CTC of that particular judgment we will study it and know the real basis why the political party went to the tribunal in the first place rather than going to the Federal or State High Court and also knowing the basis judgment was given in favor of the candidate. This is just our interim reaction when we see the CTC of the judgment we will take a proper position in relation to the issues”.

Okoye further maintained that “the Commission is a public institution regulated and guided by its constitutional and statutory mandate and does not have any personal interest in any of the elections that have been conducted. To that particular extent, this Commission has as one of its cardinal principles obedience to orders of various courts.

“So to that particular extent in relation to this tribunal judgment, the Commission is guided by the provisions of section 143 (1) of the Electoral Act which says that if an election tribunal or a Court determines that a candidate returned as elected was not validly elected, then if notice of appeal against the decision is given within 21 days from the date of the decision the candidate returned as elected shall remain in office pending the determination of the appeal.

“So under the provision of section 143 (1) of the Electoral Act, the Commission will not do anything, will not conduct any bye-election, will not give effect to the judgment of the tribunal until the expiration of a period of 21 days.

“If 21 days elapse and the candidate does not appeal then the Commission is under a constitutional and legal obligation to conduct a bye-election in compliance with the judgment of the Court”.