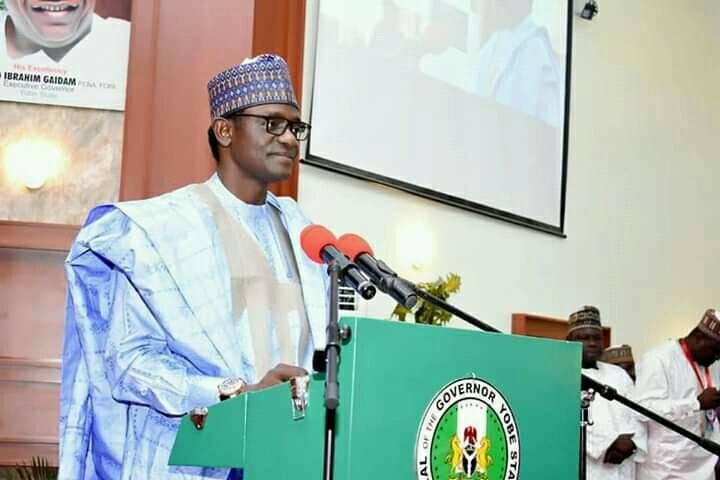 United Nations Children’s Fund (UNICEF) has partnered with Yobe State Government to construct and renovate 80 number of Classrooms 40 in Fika and 40 Bade local government areas of the State.

In his keynote address at the ground-breaking ceremony on Monday in Gashaka Town, Fika Local Government Area, the UNICEF Chief, Borno Office, Mr. Clement Adams represented by an official of UNICEF, Abdullahi Dahiru Bula explained that prior to the outbreak of armed conflict, the North East has the highest percentage (52 percent) of Children who never attended Schools with at least 73 percent in Yobe State.

“Moreover, the Northeast had the highest school drop out rates, at 3.2 percent 4.4 for Adamawa and 1.6 for Yobe. With incessant attacks on Schools in the region, the protracted conflict has led to a decline in the total number of schools by 22 percent and a decline in total enrollment by 38 percent”.

“It is, therefore, significant that the groundbreaking ceremony of today represents hope, safety, and of course quality education. UNICEF is committed to ensuring that wherever they live, children have access to education and learn in safe environments.”

“With the support of partners including German Government, UNICEF has consistently implemented projects that will reverse the glaring effects of armed conflict and the Covid-19 pandemic on the education sector”.

In collaboration with Yobe State Universal Basic Education Board,  he added that UNICEF is supporting Radio learning for Children and has distributed 1,200 Radio sets in Communities to enable the children to learn in small clusters. “Sanitation materials and hygiene packs are being provided for the children to enhance their safety”.

Speaking shortly before the Flagg-off, Yobe State Governor Maimala Buni represented by his Deputy Idi Barde Gubana thanked UNICEF for the productive partnership and support to the government and people of the State.

He used the forum to express dismay over the low enrollment of Children in some parts of the State attributing the blame to the attitudes of some parents who don’t encourage their children to go to school.

Gubana pledged to support some intending school Children with uniforms free of charge as part of encouragement to improve the enrollment.

Also speaking, the Director Personnel Management (DPM) and Overseer of Fika Local Government Area, Iliyasu Ahmed Maluri assured that the people of Fika will continue to support all Government policies and programs.

Chairman Yobe State Universal Basic Education Board, Professor Alabe, in his brief remarks wondered why some schools in the state are overcrowded while others enrollment is low “, Arikime Primary school in Potiskum town is overcrowded with a population of about 14,000 students with an average population of 300 pupils per classroom”.