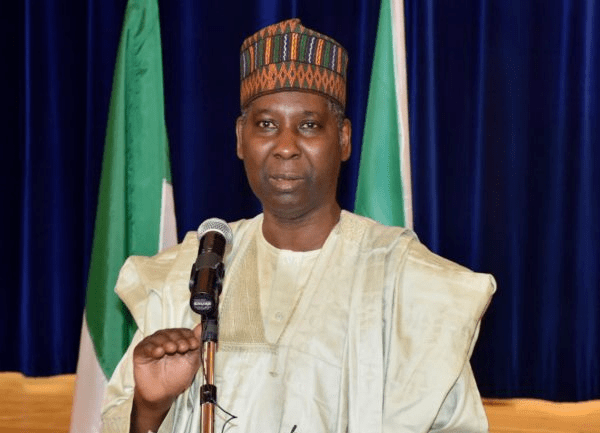 The focus of world leaders during this year’s UN General Debate should be on how to strengthen solidarity and partnership among nations in addressing common problems, says Tijani Muhammad-Bande.

Mr. Muhammad-Bande, the President of the outgoing 74th Session of the UN General Assembly, set this agenda during the end-of-session news conference in New York on Tuesday.

Speaking in response to a question, he emphasized that the COVID-19 pandemic had further underscored the need for inclusion in the search for solutions to global challenges.

He warned that the world might not be able to defeat the pandemic and its socio-economic fallout without solidarity, partnership, and empathy among nations.

Mr. Muhammad-Bande, who is Nigeria’s Permanent Representative to the UN, also urged Heads of States and Governments to share with the world the difficulties they encounter in their bilateral relations.

This, he noted, would better guide the UN and other international and regional organizations in their push for a better system of multilateralism.

The 75th session of the Assembly opens on September 15, while the high-level General Debate is scheduled to begin on Sept. 22.

The General Debate provides an opportunity for Heads of States and Governments to highlight global issues of importance to their countries and their positions on them.

Due to the pandemic, this year’s forum will hold both virtually and in-person, with world leaders sending pre-recorded speeches or speaking remotely via video links.

On the work of the Assembly, Mr. Muhammad-Bande said member states were able to deliver on the agenda of the 74th session in spite of the unique challenges posed by COVID-19.

Among others, the priorities of his presidency included poverty eradication, inclusive and qualitative education, climate action, and universal health coverage.

Since March, diplomats from the 193-member Assembly have been working remotely after the host city of New York imposed a lockdown to control the virus.

“During the period we have been able to push the agenda concerning poverty eradication, inclusive and quality education, climate action and partnerships around the SDGs.

“These were what we set out to do at the beginning of the presidency.

“The first political declaration under this session was on universal health coverage, little did we know that this was going to be a very important subject as we have seen with the pandemic,’’ he said.

The PGA also highlighted that no fewer than 70 decisions and resolutions had been passed by the Assembly, including two seeking global collaboration and equal access to vaccines and medicines in tackling the pandemic.

Asked on the status of the ‘omnibus resolutions on COVID-19’ being negotiated by the Assembly, he said he hoped it would be adopted before the end of the session on September 16.