The Jury is out and it wasn’t the Pastor 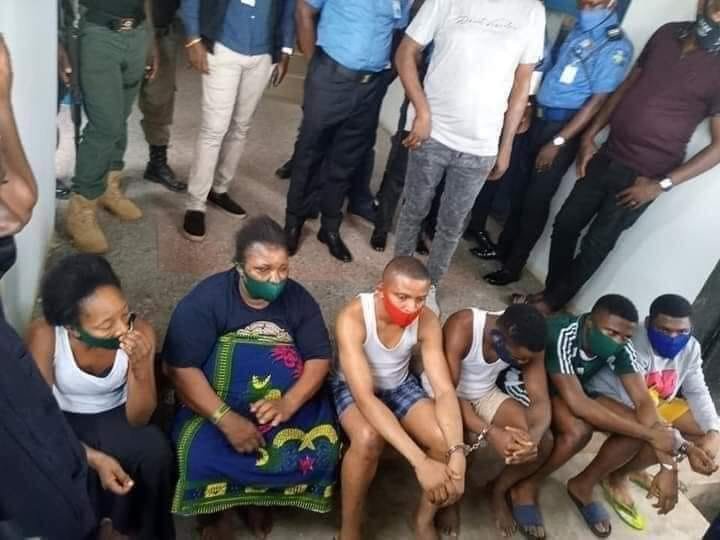 Share FacebookTwitterWhatsAppEmailTelegram
The murderers and the rapists of Uwa, the UNIBEN freshman that was raped to death inside a Church she always went to for studies, have been found.
They are currently being paraded by the Edo State Authorities. The information that was gotten from them revealed that the master mind behind the attack on the young girl was not the pastor or the clerics of the Church — that the earlier media allegation were directed towards.
Instead it was the landlady of the innocent girl who, according to one of the suspects, had wanted the young girl for rituals in order to boost her business.
The woman claimed that Uwa was “too pure” and also found the young lady’s chastity the right kind for her underworldly intentions.
Paying these four men the sum of a million Naira, they tracked her to the Church based on the information they had about Uwa’s usual routine; they came like the wind of evil that they are and attacked the girl.
Further into the confessions of these men, Uwa had fought back. Which prompted one of them to reach for the Church’s fire extinguisher which was hanging on a wall and he plummeted it into her skull.
They eventually had their way with her when she was weakened from the struggle and after they were done with their satanic objectives, they wiped her private part with a white handkerchief that was provided by the said landlady.
Imagine the emotions that are currently running through the hearts of Uwa’s family after realizing that the person behind their daughter and sister’s death is someone that is close to them.
Someone that is very aware of the innocent girl’s daily routine.
Related Posts

Dec 2, 2022
And someone who was willing to pay people such amount to take the life of this woman.
During the course of this investigation there were labels placed on the pastor and the clerics of the particular Church based on the contempt many have towards the house of the Lord…
With this development, I am glad vengeance is upon these culprits and I hope they suffer in the most gruesome way possible…
Thank God that the alleged killers have been found and have confessed like Pastor Adeboye, the General Overseer of the Church prayed.
Pray to God…Pray that there is a guiding umbrella placed upon you, your family and those that you love. Most especially the females.
Protect our young girls especially. If possible, don’t let them go to places unsupervised…
Do your best and pray. Let’s ensure things get better.
May Uwa’s Soul Continue to Rest In Peace.
Kessy Agwam
4
Share FacebookTwitterWhatsAppEmailTelegram

The Jury is out and it wasn’t the Pastor.