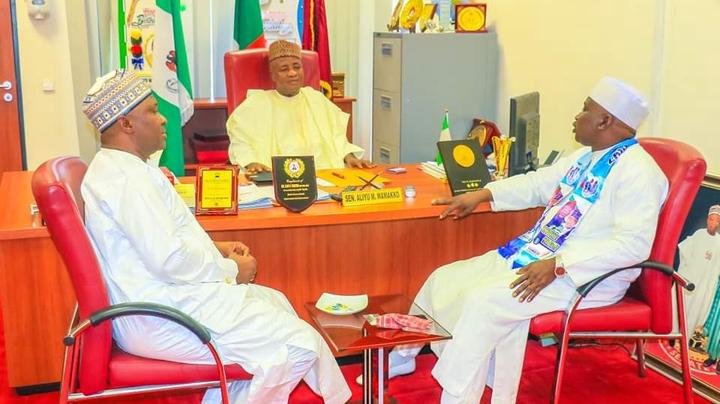 When two political giants meet, the atmosphere is dominated by discussions on issues of public welfare.

That was the scenario when Senator Aliyu M. Wamakko welcomed the Majority Leader, House of Representatives, Hon. Alhassan Ado Doguwa, to his office at the National Assembly, Abuja.

A report said the vibrant politicians held fruitful discussions about the betterment of Nigeria.

As part of what he said during the meeting, Sen. Wamakko urged the House Majority Leader to continue not only to promote peace and harmony among various communities but to lead by example to provide a better future for the youth.

In his remarks, Hon. Dogawa thanked the former Governor of Sokoto state for his concern and efforts.