Ad The Kogi government says operatives of the Economic and Financial Crimes Commission (EFCC) tried to arrest the cashier of the government house over “unsubstantiated allegations” on bailout funds. 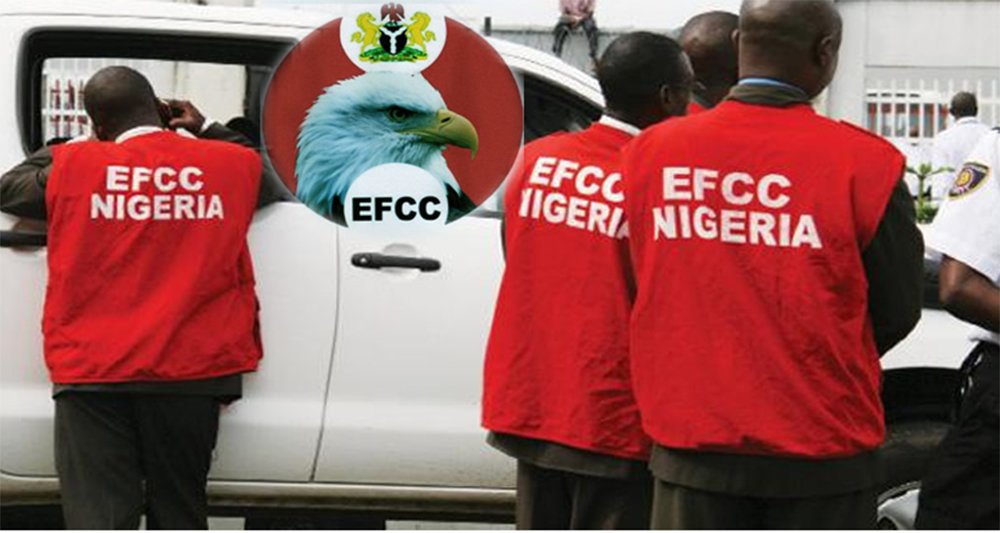 Over the past months, the anti-graft agency and the Kogi government have been at loggerheads over allegations on activities around an account in Sterling Bank said to contain about N20 billion as bailout loan.

The EFCC had alleged that there were suspicious fraudulent activities related to the account.

The EFCC later claimed that the Central Bank of Nigeria (CBN) had received N19.3 billion recovered from the state account domiciled in the bank.

The Kogi government, however, sued the commission at the state high court, demanding the sum of N35 billion as damages.

On December 3, 2021, the court, presided over by J.J. Mjebi, granted an injunction restraining the EFCC or its agents from inviting or arresting any Kogi state government official or requesting any document relating to the matter, pending the determination of the motion on notice.

The EFCC tried to get the court to set aside the order but the agency’s application was refused.

Consequently, the commission appealed the court’s ruling and filed a motion for stay of proceedings on the matter.

In a statement on Thursday, Kingsley Fanwo, Kogi information commissioner, said despite the subsisting injunction, the EFCC tried to arrest an official of the state government.

“Till date, the EFCC has failed to file a defence in the matter while the EFCC’s appeal has also not been determined by the court of appeal,” he said.

“The said order of interlocutory injunction granted by the trial court has also not been set aside.

“While it is known to all that all orders of court are to be obeyed and complied with until set aside by the same court that grants it or an appellate court, the EFCC has consistently been taking steps to disobey the said order of the court.

“Most recently, the EFCC, in its usual gestapo manner, attempted to arrest the cashier of the Kogi state government house in what is a clear and flagrant violation of a subsisting order by a competent court of jurisdiction.

“More ridiculous is the claim by the EFCC operatives that came to effect the arrest that they were unaware of the injunction.

“The question is, can the EFCC claim to be ignorant of an order of court which they have already appealed against the ruling, refusing to set same aside? To us, this is an attempt by an agency created by law to drag the rule of law in the mud and operate above the law.

“The EFCC has clearly moved from fighting the Kogi state government to ridiculing and disrespecting the judiciary that is the last hope of the common man.

“As a law-abiding state government, we have resolved to challenge this action of the EFCC in court as orders of court ought not to be disobeyed, and never by an institution set up by law to enforce laws.”

The EFCC, however, is yet to react to the allegation by the Kogi government.

How Tinubu will Win 2023 Presidential Election