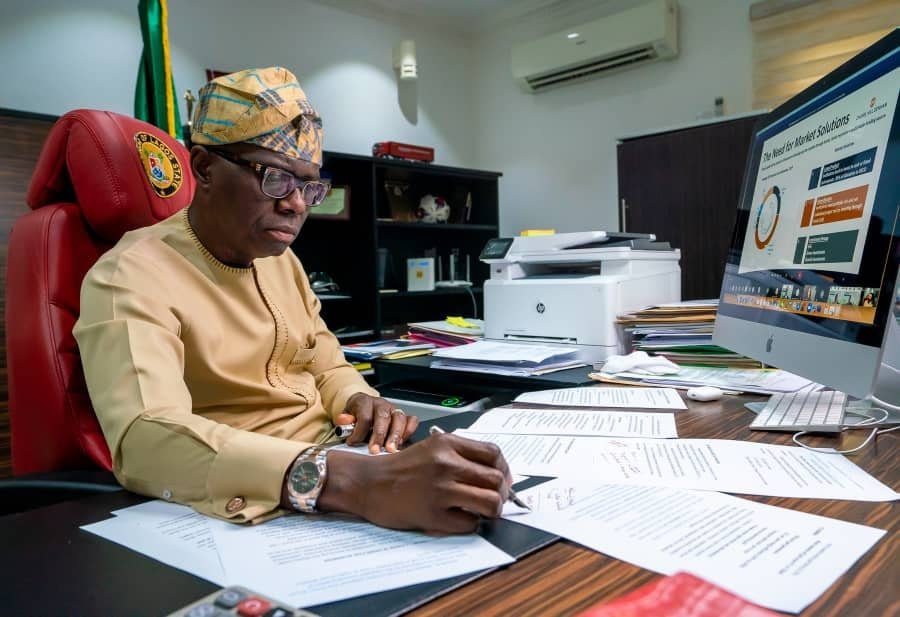 Sanwo-Olu, in a statement signed by his Chief Press Secretary, Mr Gboyega Akosile, said that Sen. Adeola, currently representing Lagos West Senatorial District in the Upper Chamber, had contributed immensely to the growth and development of Lagos State.

He said that the senator had contributed immensely, being a two-term member of the Lagos State House of Assembly, member of the House of Representatives and currently a senator since 2015.

The Governor said that Yayi had utilised his vast knowledge in the private and public sectors to make his more than 17 years in legislative business memorable.

He said that Adeola contributed largely to bills that impacted positively on the development of Lagos State and Nigeria.

”Senator Solomon Adeola as a two-term member of the Lagos State House of Assembly, representing Alimosho State Constituency II, contributed immensely in the legislative chamber towards the growth and development of Lagos State.

”He was instrumental to the enactment of the law that strengthened the Lagos State Internal Revenue Service, legislation that catapulted the revenue of the state from N5 billion monthly to over N20 billion at that time.

”Senator Adeola as a chartered accountant and specialist in tax matters was also part of the team that passed the Fiscal Responsibility Act and the Public Procurement Act of Lagos State.

”He was a good ambassador of Lagos State in the House of Representatives Seventh National Assembly and as a first time member of the House; he served as chairman of the only constitutional committee, the Public Accounts Committee of the House,” Sanwo-Olu said.

The governor said that Yayi’s brilliant representation at the Green Chamber contributed to his elevation into the Red Chamber in 2015.

”I hereby join family, friends, and political associates of the distinguished senator in celebrating his 51st birthday.

”I wish him more prosperous years in excellent health as he continues to serve our dear nation, state and mankind,” he said. (NAN)

Ondo Guber: Mimiko’s ZLP is an abortion before pregnancy – Akeredolu