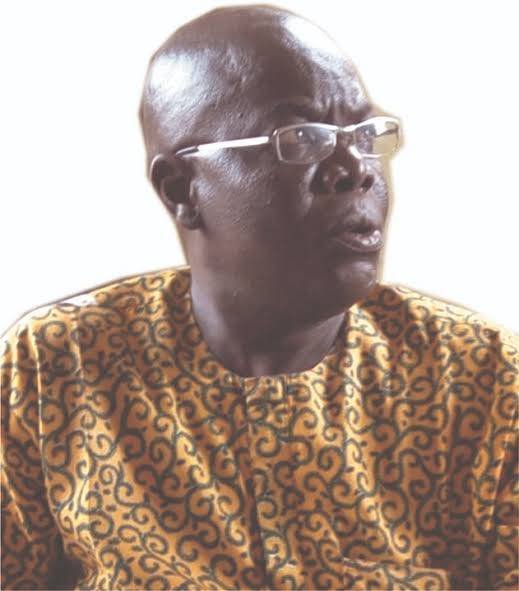 Founder of Penpushing Media, Prince Dimeji Kayode-Adedeji, has described the behavior of former Minister of Aviation, Mr. Femi Fani-Kayode, in his attack of a journalist, who asking him a question, as a faulty vehicle engine.

The veteran journalist stated this while featuring on a live radio programme, Platform, on Fresh 107.9 F.M, to assess the outburst of the politician, as seen in a viral video.

The guest expressed displeasure over the conduct of the former minister, who he said, as a public figure, is expected to comport himself well, stressing that rather than address the issue, he was busy verbally attacking the journalist.

The former Zonal Secretary of the Nigeria Union of Journalists (NUJ), posited that the journalist, who asked Fani-Kayode a question had not done anything wrong, but doing his work professionally, adding that calling him unprinted names was uncalled for.

“Let me say this without mincing words, the former minister was vibrating like a faulty vehicle engine. How can you subject a journalist to such a verbal attack, for asking you a legitimate question. If you don’t have anything to hide, you don’t need to introduce attack as response to the question’’, Kayode-Adedeji said.

The publisher pointed out that, journalists, as middlemen between the leaders as well as rulers and the governed, have every right to ask questions, and it is left to the respondent to answer or ignore the question, but not to engage in lambasting the interviewer.

“One thing I know is that responses of respondents determine their IQ. What about if Fani-Kayode was asked to clarify speculations that he is alleged to be sleeping with his daughters, would he ask for the head of the journalist to be cut off or that the journalist be executed”, he added.

He praised the NUJ national leadership and the management of Daily Trust Newspapers, where the victimized journalist works, for the prompt reactions and standing by the him.

“The swift responses of NUJ and Daily Trust management were timely, superb and commendable and I want to state that the leadership of journalists in the country should blacklist the former minister, if he fails to apologise to the guy and the NUJ. His action was a heavy insult to all journalists in this country”, he emphasized.

The founder condemned the “siddon look” attitude of other journalists at the event, when Fani-Kayode was lambasting one of them, stressing that they should have joined him in to protest the attack, rather than rebuking him.

“I felt bad by the siddon look attitude of other journalists at that press conference. They should have come up to support him and condemn the action of the former minister. It was disheartening that they were also rebuked him. Truth must be told, that wasn’t good, and I think what they should have done was to walk out on Fani-Kayode in protest, stressing that, for abandoning their colleague, he remains a hero among them.

The veteran journalist declared that Fani-Kayode should see the question asked by the journalist as pending, which he must at all cost answer. According to him, he owes Nigerians and the world an explanation as in what capacity he is embarking on a nationwide tour, having left office as a government official.