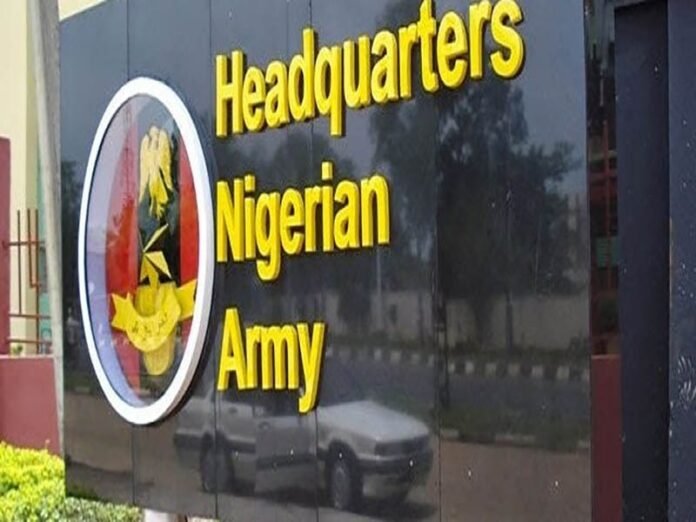 The Peace, Reconciliation, and Rehabilitation Initiative (PRRI) has hailed the Nigerian Army for recording massive successes in its operations across the Northwest.

The PRRI, in a statement through its Director, Mary Odoma, on Thursday, said the establishment of the Army Super Camp IV, as well as the launch of “Operation Sahel Sanity” in Faskari, Katsina State in July, marked the dawn of a new era.

According to the group, the troops have been ruthless in its operations in Sokoto, Katsina and Zamfara States, quelling the activities of bandits, kidnappers and cattle rustlers.

” The establishment of the Army super camp IV in Faskari, Kastina State on the 6th of July 2020, marked a new dawn in the fight against banditry, cattle rustling, kidnapping, and other similar criminal activities in the North West region of the country,” Odoma said.

“When ‘Operation Sahel Sanity’ was launched the residents of these areas welcomed the operation with open hands and minds. By the first month of operation, Sahel Sanity was already yielding desired results.

“The gallant troops of operation Sahel Sanity had conducted several operations, including aggressive clearance operation and ambush operation in Sokoto, Katsina and Zamfara States. These operations according to information from the defense Headquarters website indicated that within the first month of the operation about 80 armed bandits were neutralized another 33 suspected bandits arrested. Also, several arms and ammunition were recovered from the bandits.

“During the many operations, the notorious Dangote triangle and their logistic bases, plus many other bandit camps were equally destroyed. This has denied the criminals the much-needed cover for regrouping. Several other hideouts of these criminals have been cleared and the criminals either neutralized or dislodged”.

With normalcy restored, the PRRA said it is time for social works to begin, to rehabilitate Internally Displaced Persons.

It, however, called on governments at state and local levels, non-governmental organizations (NGOs), traditional and religious leaders to unite to fashion out the way forward.

“It is time for NGOs and indeed well-spirited individuals to aid the various communities that have been cleared of bandits by the security agencies. It is time to help the locals resettle back into their communities. This process is very critical for the stabilization of these areas,” the statement added.

“This is a clarion call on all. Let us work together with the government to resettle all the victims of insecurity that have been displaced. It is a doable project, but only if we are committed. Once normal economic activities return to these areas, it will be very difficult for a regrouping of criminal elements like bandits and kidnappers.

“The security agencies have shown their own commitment to this project by clearing off the bandits, the government at all levels are doing their bit, it is time that we the citizens and all well-meaning people do our own bit too.”