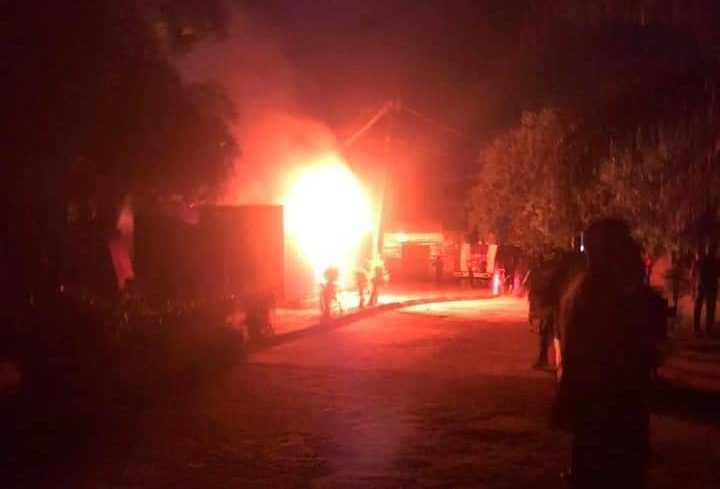 The Ondo State House of Assembly has expressed confidence that the Independent National Electoral Commission (INEC) would conduct a free and fair governorship election in the state on October 10.

Bamidele Oleyelogun, the Assembly’s Speaker, stated this on Friday while leading other lawmakers to the scene of the fire incident at the INEC Office in Akure.

The fire destroyed a container that housed no fewer than 5,000 card readers on Thursday night.

Mr. Oleyelogun said that INEC had been conducting successful elections in the state without being found wanting, adding that nobody could be blamed for the fire.

The speaker noted that as legislative members, they were assured that nothing would change the date of the election.

He, therefore, urged the commission to do a thorough investigation to forestall a recurrence, saying that any person found culpable should be made to face the full weight of the law.

Earlier, Rufus Akeju, the state Resident Electoral Commissioner (REC), INEC, told the lawmakers that in the process of being proactive, to ensure that everything was put in place for the forthcoming polls, the incident occurred.

Mr. Akeju stated that the burnt container was dedicated only to the smart card readers, adding that in preparation for the elections, the card readers were being charged when the inferno occurred.

The REC, however, promised the lawmakers that the card readers would be replaced without affecting the conduct of the elections.

He noted that the incident would not affect the credibility of the elections, adding that the commission would provide a level playing ground to all the political parties.

“We know that all eyes are on the poll, not only in Nigeria but the whole of Africa.

“We will be proactive, remain an unbiased umpire, and conduct a successful election,” he said.

TIMIPRE SYLVA; We Can’t Keep Subsidising the Pockets of Some Rich Nigerians