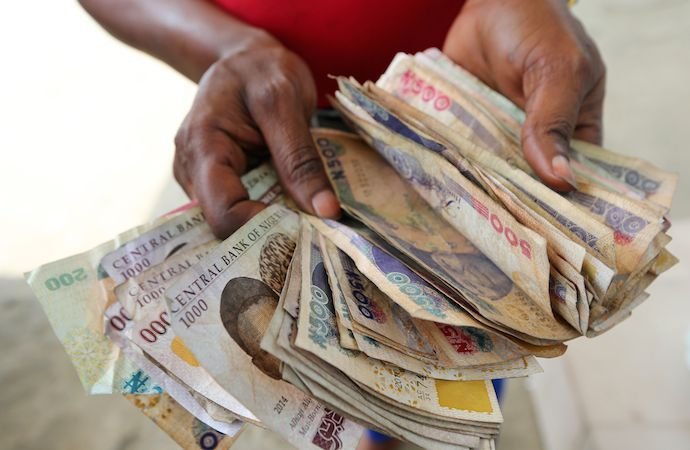 The Nigerian political landscape features scores of political parties, most of which are only alive during elections.

But the system has, over the years, been troubled by flagrant breaches of the laws guiding the electoral process, especially campaign finances, by politicians with little or no restraints.

The political process thrives on the availability of funds for political parties to play their roles. But since the return to civil rule in 1999, electioneering campaigns in Nigeria has been characterized by the lavish spending of money, denying the participants a level playing ground in favor of those who control governments and state resources.

PREMIUM TIMES in this analysis explores election campaign finances and the loopholes in the Electoral Act (2010 as amended) that political parties and their candidates may exploit in the coming elections.

As observed earlier, Nigeria has a history of electoral finance violations.

Since 1999, Nigeria’s Electoral Act has been amended three times (2003, 2006 and 2010), often a year before general elections. This is to expand or jettison some of its provisions, including election campaign finance laws.

Political parties derive their funds from multiple sources, including contributions by party members, supporters, and donations from corporate organizations.

To check undue monetization of the election process, the Electoral Act mandates political parties to submit their financial reports to the Independent National Electoral Commission (INEC) at specified intervals. But lawyers and analysts have observed that the electoral commission has not been ‘effective’ in enforcing that provision of the Electoral Act.

Citing Section 89 and 92 of the Act, a political analyst, Jide Ojo, said “annual report, election contributions report, and election expenses” are the three reports every political party is mandated to submit to INEC.

The election contributions report is to provide the details of monetary and other forms of contributions received by a party for an election. It is to be submitted three months after election results are announced.

The election expenses report gives the breakdown of money spent by or on behalf of the party on elections and is due for submission six months after election day.

The third of these statutory reports, the political party’s annual report, is a detailed statement of party assets and liabilities and analysis of its sources of funds and its expenditure for a year. It is due for submission at the end of March of the following year, whether there is an election or not.

PREMIUM TIMES on different occasions had reported that political parties do not comply with the requirement for the submission of their financial reports to INEC.

At a review of the last general elections with political parties in July 2019, INEC’s Chairman, Mahmood Yakubu, disclosed that “only one presidential candidate has submitted a financial expenses report,” three months after the election.

A PREMIUM TIMES exclusive report, after the 2019 general elections, also showed that most of Nigeria’s political parties, including the major parties, APC and PDP, violated Section 93 (4) of the Electoral Act which provides that “a political party sponsoring the election of a candidate shall, within three months of the announcement of the results of the election, file a report of the contributions made by individuals and entities to (Independent National Electoral) the Commission.”

Johnson Omede, a legal expert, said the laxity of INEC in prosecuting parties over breach of relevant sections of the Electoral Act and the lack of more stringent structure of investigating parties campaign finances have widened the breaches of the law.

Mr Omede further observed that the Electoral Act, which provides the “limits that a politician can spend during an election, fails to state the manner of enforcement and procedure of investigation into how much a party can spend in an election.”

“There is nobody that the Electoral Act has appointed to investigate the amount spent on a candidate’s account or that of the party. There is no provision that you must investigate every money spent in an election,” Mr Omede said.

Meanwhile, the Senate, in 2018, made three attempts to review upward the spending limits during electioneering campaigns. Section 91(2-3) of the Act says presidential and governorship candidates can spend a maximum of N1 billion and N200 million respectively on election campaigns.

The amendment to the section, however, was denied assent by President Muhammadu Buhari on the grounds of preserving INEC’s constitutional powers to decide on election matters, among other reasons.

He noted that sitting governors often use state resources such as media, security personnel and other assets (which they would otherwise have paid for if not in government) to run their re-election campaigns, without accounting for the cost.

“When you look around the abuse of state resources, Section 100 of the Electoral Act states that state resources, including the media, must not be used to the advantage of any candidate,” Mr Ojo said.

“But in our own clime, we have seen situations where governors will deny their opposition access to the state television or radio station. Meanwhile, he, who is also fielding, will be running his campaign on that medium, which runs on the state finances. The abuse of state resources also includes the use of government personnel, security or vehicles and even using government time.

“Will you say that since the campaign started in Edo, the two major parties, APC and PDP, have not spent more than N200 million? But they never bothered because they know that nothing will happen at the end of the day,” Mr Ojo said.

He also cited other instances such as the denial of the Rabiu Kwankwanso’s presidential campaign access to use of Eagle Square in the run-up to the 2019 elections, after the authorities in Abuja traced the payment for the facility to Mr Kwankwaso’s account. He noted that the then presidential candidate was “denied from using the venue under the guise that the area is prone to traffic, an excuse that may not be applicable had it been that it was the ruling party that wanted to make use of the venue.”

Stressing how difficult monitoring the finances of political parties can get, Mr Omede warned that the provisions of the 2010 Electoral Act on campaign finances would continue to be observed in breach, if the procedures for investigation and enforcement are not put in place.

“In the case of Edo, I can tell you that the rule will be observed in breach, because it is almost a do or die affair: Obaseki must return as a governor and Ize-Iyamu must win as governor. Now, the contest is so sporadic that they don’t only banter words, they have also issued threats that whatever you bring on board I will match it with you. Financially, they are ready to match up, in thuggery they are ready to match up. They are ready to do whatever will make them excel at the poll.

Political parties and politicians have exploited the loopholes in election campaign finance laws and regulations to escape sanctions.

Among the noted ambiguities in the Electoral Act is Section 91 (9), which places limits on donations with an addendum stating the number of donors. The provision, many observers have noted, gives undue advantages to political parties and candidates with access to large funds.

The sub-section prohibits an individual or entity from donating above N1 million, but politicians exploit this by disguising public funds as ‘donations’.

Mr Omede said whenever “donations exceed the limit, the party is expected to use its discretion to exercise in compliance with the law by not spending above the limit.”

However, evidence from at least three previous general elections did not reflect the use of such discretion.

Asides overlooking the violation of the Act by incumbents who often run their campaign finances on state resources, another prominent ‘ambiguity’ noted is the use of ‘candidate’ in Section 91.

The section puts spending limits on ‘candidates’ and not political parties.

However, Mr Omede said “the court has decided severally, in a number of cases, that a candidate does not contest an election, it is the party that contests elections.

“When the Electoral Act mentions a candidate, it is by extension referring to the party. A candidate ordinarily does not finance its own campaign, it is the party that finances its campaign.

“You will discover that at no point in time in the history of the electoral process in Nigeria has a candidate’s name appears on the ballot paper, it is the name and logo of the party that you will see on the ballot.

“The use of that word ‘candidate’ in the Electoral Act, I think it is an oversight on the part of the Legislature because it is already in contravention of what is obtainable,” he said while alluding what happened in Kogi State when Abubakar Audu, the APC governor-elect died and his running mate, James Faleke, who was supposed to inherit the post was overlooked for Yahaya Bello, who had returned second behind Mr Audu in the APC primary.

“Such could happen because it was the party that contested the election and has the power to put whoever it pleases in that post since it has won the election,” Mr Omeide explained.

In line with Mr Omeide’s argument, it is noteworthy that the law requires political parties, not candidates, to submit annual reports, contributions and election campaign expenses.