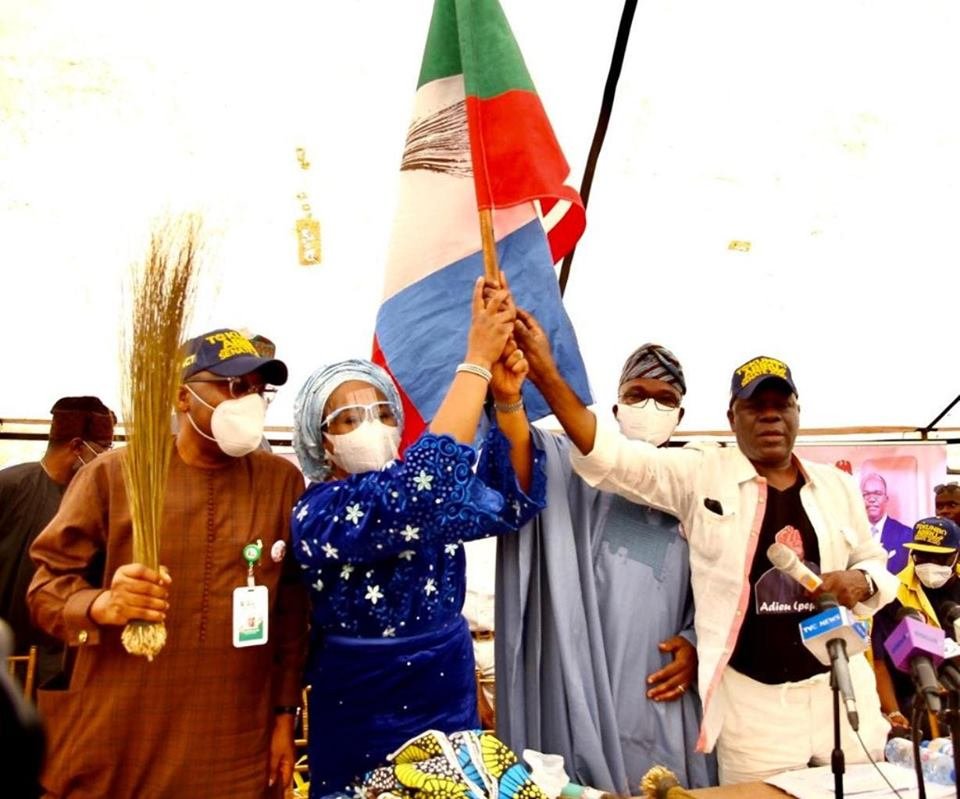 The All Progressives Congress, APC, Lagos, on Monday, unveiled its candidates for the October 31, 2020 bye-elections for Lagos East Senatorial District and Kosofe 2 Lagos State House of Assembly.

The candidates, Mr. Tokunbo Abiru for the Senate and Femi Saheed for the House of Assembly were unveiled at a ceremony held at the party’s Secretariat, Acme, Ogba, presided over by the state APC chairman, Tunde Balogun.

Balogun commended the entire party leaders and members for the exemplary peaceful conduct of its primaries.

He also acknowledged the sacrifice of other aspirants who conceded to the idea of a consensus as provided for in the APC constitution, charging members and stakeholders to ensure a landslide victory for the party’s candidates.

The membership includes all House of Representatives, all council chairmen, most of the state House of Assembly, all members of state executive council, all Local Government Areas, LGAs, chairmen of the party, and all appointees and members of the state boards and parastatals from the district.

In his acceptance speech, Abiru commended the party leaders for finding him worthy of the opportunity and promised not to let them down.

His words, “This affirmation, for me, is perhaps the highest honor I have ever received as a citizen of the Federal Republic of Nigeria since I was born some decades ago.

The mandate comes with a huge responsibility to bear the flag of our party in the forthcoming bye-election, a mandate, and responsibility I appreciate and do not take lightly.

“With great honor and humility, I accept this nomination as the APC candidate for Lagos East Senatorial Bye-Election. With a grateful heart, I deeply appreciate the highest level of endorsement I received from our party leaders.”

The event which was attended by party chieftains, among others, include Members of the Governor’s Advisory Council, GAC, Otunba Bushura Alebiosu, Wale Edun, Pa Sosanya, Alhaji Mutiu Are, Yeye Kemi Nelson. Members of the House of Representatives, members of the State House of Assembly, Council Chairmen from the district, and other prominent party leaders.

Recall that the two positions became vacant following the deaths of Senator Bayo Osinowo and member of the state House of Assembly representing Kosofe Constituency 2, Tunde Buraimoh who died due to COVID-19 complications.

Davido prostrates during visit to Oniru