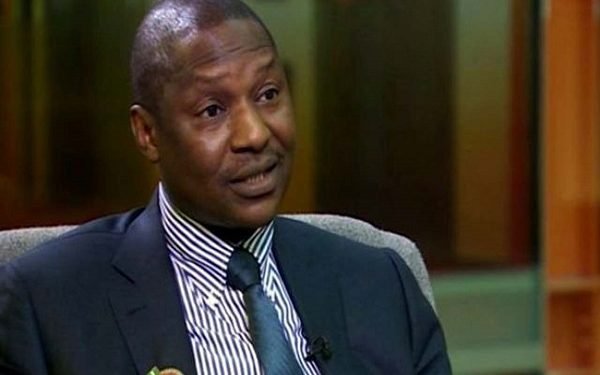 The New Nigerian Bar Association (NNBA) has notified Attorney-General of the Federation (AGF), Abubakar Malami, of its existence as a splinter group.

They informed the AGF of their plans in an August 28 letter signed by Ibrahim as Convener 1 and Suleiman as Convener 2.

The letter, seen by The Nation, reads: “We are pleased to inform you of the formation of a new Association of Lawyers as above captioned.

“The formation of the new Association has become imperative and expedient especially flowing from the activities, disposition and most recently, the decision of the Nigerian Bar Association-NEC (National Executive Committee) which apparently failed to take into consideration our national interests and particularly do not promote the unity of our indissoluble country, Nigeria.”

“Sir, the New Nigerian Bar Association believes in the ideals that bounds (sic) our country together as echoed in our National Anthem: ‘The Labours of our heroes past shall never be in vain.’

“You are, however, to be further informed that work is in progress with regards to all the nitty-gritty of the formation of an Association such as this to which we shall keep you updated.”

Both men had earlier stated they and others of like minds were in consultations with “very Senior Lawyers of Northern Nigeria extraction and those practising therein with the view to constituting the Trustees and for purposes of fixing (sic) date for formal inauguration of the Association.”

But some lawyers from or practising in Northern states offered divergent views on the move.

While two Senior Advocates of Nigeria (SANs) Mallam Yusuf Ali, SAN, and Rafiu Lawal-Rabana SAN sued for unity, Jibrin Samuel Okutepa, SAN and The Arewa Young Lawyers’ Forum told The Nation that the Constitution was on the splinter group’s side.

The NNBA’s emergence is another front in recent threats to the NBA’s unity in recent times.

There had been growing talk of the formation of a parallel Bar following unresolved questions on the credibility of its national officers’ elections of last July 29 and 30.

The NBA leadership had been dominated by Senior Advocates of Nigeria (SANs), until Olumide Akpata, 47, caused an upset and won the presidential race by a landslide.

He defeated two SANs – Dr Babatunde Ajibade and Mr Dele Adesina – to become the first elected non-SAN president of the NBA in 22 years.

But Adesina and the pan Yoruba lawyers group, the Egbe Amofin, faulted the process, alleging the election was manipulated.

Egbe Amofin hinted that lawyers could be tempted to quit the association unless the issues were resolved.

The NBA Board of Trustees agreed that the election was not perfect but sued for peace.