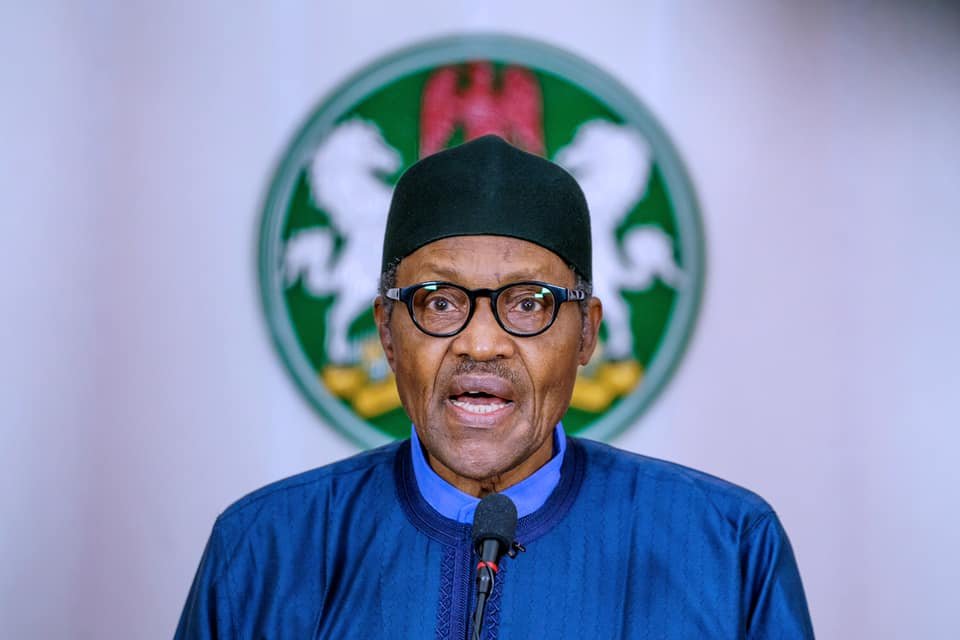 In 2015, President Muhammadu Buhari had two obsessions about the Northeast. He was concerned on how to end Boko Haram insurgency ravaging the region and how to restore the region devastated by insurgency to its former status. As a leader, he knew, it was costly to compromise on this.

In pursuit of this agenda, The President made an instructive public declaration and immediately embarked on actions to back it up. The President commissioned the newly anointed Service Chiefs and charged them to end Boko Haram terrorism and all forms of criminalities which assailed the Northeast region in record time. Thereafter, he promised Nigerians that he would commission a sociological study to ascertain the causes of insurgency in the region and take steps to ensure it does not recur in the future.

Many Nigerians heard the President, but could hardly decode what he intended precisely. But his intentions became clear by the day. It was touchy to think that Boko Haram has done years of incalculable damages in the Northeast. Its horrendous atrocities reflected in mass killings, abductions, destructions and the dislocation of social and economic life of the people. People were enslaved in their own country and ancestral lands.

The foresighted President Buhari thought that it was necessary to document the history of a people who suffered this sad fate in the hands of religious extremists and armed gangs for posterity. Mr. President also thought it wise to record the various measures adopted by government to battle the scourge. The President knew that aggressive rebuilding and reconstruction of the devastated Northeast after the end of Boko Haram was inevitable; but a task too herculean to be tackled from one angle alone.

Therefore, he conscripted the Nigerian Army to provide back-up support to civilian authorities by leading the war against insurgency and also, thereafter, crusade the evangelism on development of the Northeast. The President had to use a front to achieve his mission in the region. He needed a man who mastered the matrix of anti-terrorism combats, with an innovative mind and an unquenchable knack for development to lead his development efforts from this plank.

President Buhari therefore, anointed Lt. Gen. TY Buratai as the Chief of Army Staff (COAS) and leader of the counter-insurgency operations as the punch man to insidiously drive his development agenda for the Northeast on a different level. This is in addition to other rebuilding and reconstruction initiatives of the federal government.

Quite exemplary, it has just dawned on most Nigerians that President Buhari from outset intended to use the Nigerian Army to railroad some of his development initiatives in the Northeast, ruined and devastated by insurgency. All over the world, the military as a matter of fact has been a veritable instrument for development. This history is as old as civilization itself.

Even in Nigeria, good students of history can still remember the several emergency infrastructures built by the Military during the civil strife of 1967 -70 in parts of the Southeast. Roads were constructed and bridges built. These amenities outlived the war and served communities for years. Some have served to this moment as positive relics of the war and still in a usable state.

President Buhari has excitingly revived this culture of the Military as agents of development. The Chief of Army Staff has queued into the vision of Mr. President by helping to deliver a world-class university to one of the insurgency’s most ravaged rural communities in the Northeast. Consequently, therefore, the initiative of the first-ever Nigerian Army University Biu (NAUB), Borno state has progressively berthed in Borno state.

The idea of the varsity, which was conceived in 2017 and commenced operations in 2018 is gradually becoming a center of excellence both in academics and infrastructural development in the region. While the vision of President Buhari in rebuilding the Northeast has manifested in other areas such as the North East Development Commission (NEDC), but NAUB also stands out distinctively as a strong catalyst and instrument of development of the region in the post-insurgency years.

It is indisputable that education attracts development to a place in multiple ways. It brings both intellectual and physical development. And NAUB is structured and programmed to serve as a potent tool for healing of minds after the war. Nigerians are aware that the Boko Haram ideology needs to be tackled ruthlessly to uproot it from the psyche of the people. NAUB is providing the platform for people of the Northeast and indeed, all Nigerians to learn and understand the nuances of the obnoxious Boko Haram ideology; how to destroy or resist it.

The varsity is not a mere potent tool for rehabilitation of the mind and the region; but above all, it is one of the surest ways to tell Boko Haram that its ideology has been defeated. NAUB by its symbolism and functionality will bring closer to the people both western and Islamic education that are of global standards; dismantle the artificial chasms or barriers some religious extremists have placed between the two forms of progressive education.

And NAUB has taken off on a sound-footing and designed to operate with 14 faculties, 113 departments and 493 programs in both humanities and sciences to train both military personnel and civilians. It is living its dreams. It has matriculated students and kick-started its operations with five faculties and 39 programs; while aggressively expanding its structures every day to compete with the best varsities in the world.

The NAUB is also attracting ancillary development to the region as investors are also willing to partner and invest in the institution. Soon, the drumbeats of war in the Northeast region would vanish completely and, in its place, a serene atmosphere of peace and tranquility will descend on the Northeast, radiating in people’s quest for learning and excellence in NAUB.

Lyndon B. Johnson believes that “The noblest search is the search for excellence.” Therefore, Gen Buratai through his actions has not only continued to prove Mr. President right on his chief as Army Chief and leader of the counter-insurgency operations. Gen. Buratai’s usefulness to the country is under-utilized.

NAUB is an asset to Nigeria and a treasure to the people of the Northeast. The Nigerian Army under Buratai has done much for the development of the country as attested by its Corporate Social Responsibility (CSR) projects even in the Northeast.

An academic, Terry Eagleton says, “The humanities should constitute the core of any university worth the name.” NAUB embodies all of it plus military science and technology which is the first in Africa. The Nigerian Army University Biu is an institution to watch; as attested by the level of infrastructures that are being put in place, the quality of both academic and administrative staff, who are the best brains in their areas of specialties.

Olasanmi is a journalist and wrote this piece from Biu, Borno State.