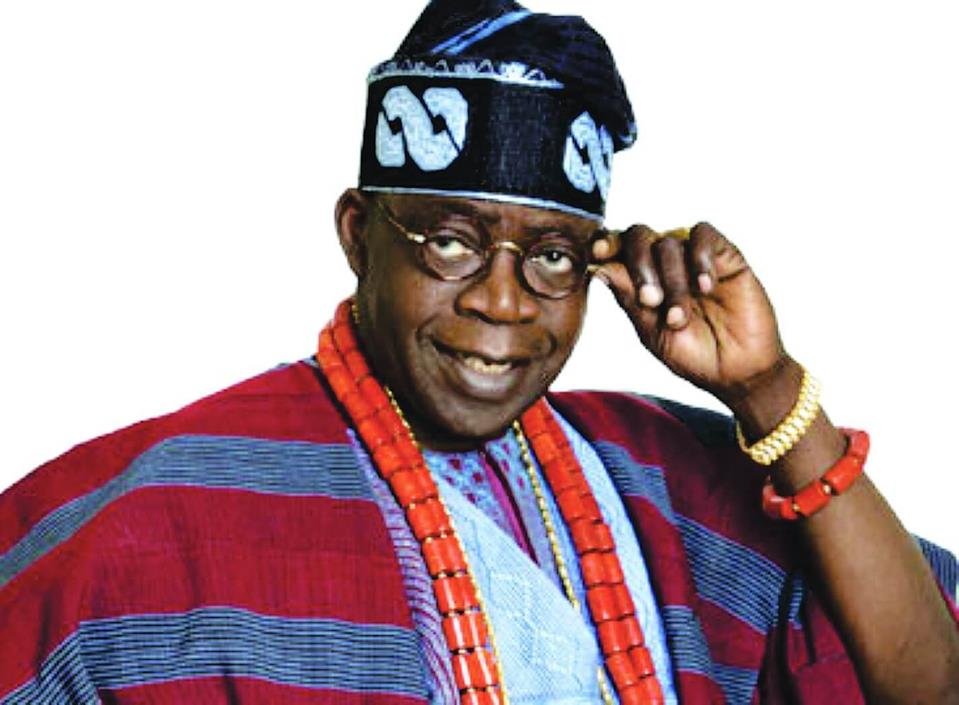 Criticisms of Asiwaju Bola Tinubu’s seating posture while greeting the Ooni of Ife, Oba Adeyeye Ogunwesi, at the coronation of the Oniru of Iruland, Oba Omogbolahan Lawal last weekend has again brought focus on the former Lagos State governor in the polity.

The assertion of some was that Tinubu had perhaps taken himself above the rudiments of his Yoruba culture!

Not all, however, have been swayed by the avalanche of criticisms against the national leader of the All Progressives Congress, APC and former governor of Lagos State.

In firmly repudiating the assertions of critics like Yinka Odumakin and Femi Fani-Kayode, a twitter user was quick to remind us of Tinubu’s political ascendancy in the polity.

The twitter user asserted that Tinubu had almost singularly made a vice-president, governors, senators, and quite modestly, traditional rulers!

The Oniru of Iruland, Oba Omogbolahan Lawal is undoubtedly among his former political disciples now transited into the royal courts.

That is besides the bagful of appointments of commissioners, local government chairmen, councilors and others that were made in his name in Lagos and across the Southwest.

Indeed, in appraising Tinubu, many overlook the impressive imprint he has made in the polity. Indeed, Tinubu alone of the class of 1999 governors continues to maintain a firm grip of the political structure of the state he governed, and perhaps still governs! Only James Ibori in Delta State comes near him.

Whereas Ibori’s political parade is limited to Delta, Tinubu has carved himself into a primary factor in almost every political equation in the Southwest.

Now with his strut going beyond the Southwest, it is not surprising that he has become a marked man.

It is not out of context to observe that in the build-up to the elections in Edo and Ondo States, that Tinubu seemed to have been of more consequence than some of the former civilian governors of the two states?

It is as such telling that the tune of those against his interest in Edo State is easily ‘Edo is not Lagos.’

That refrain easily projects the claim that Lagos has been pocketed by Tinubu.

However, many would assert that the pocketing was not democratically achieved given the brigandage that characterized the last General Election in the state.

It is perhaps reflective of his towering height that the Oluwo of Iwo, Oba Abdulrasheed Akanbi at the end of last month called on the Yoruba to accord Tinubu the status of their leader.

According to the monarch, Tinubu is the modern-day Chief Obafemi Awolowo who should “be made the image of Yoruba nation who shall be speaking on our behalf because he’s a symbolic living legend.”

Such adorations may not have gone without the notice of Tinubu’s political traducers. And so, like Awolowo who was venerated as the best president Nigeria never had, could Tinubu go the same way?

It is no longer a matter of speculation that many of the problems that come the way of Tinubu do not flow from political contestation within his realm in Lagos and the Southwest, but from those determined to throw it in his face that he cannot be Nigeria’s president.

Remarkably, many of these are from within his All Progressives Congress, APC. Senator Dino Melaye was a member of the APC when after standing up to Tinubu’s wife in July 2016, made the effrontery of strolling past Tinubu’s Bourdillion residence and showing off his exploit on social media.

Governor Nasir El-Rufai in May, 2019 took a more direct assault when during an interactive session with the Bridge Club in Ikoyi, not far from Tinubu’s Ikoyi residence, with a lecture on different ways of defeating a political godfather.

Governor El-Rufai followed up only recently during a colloquium marking the 63rd birthday anniversary of Tinubu’s godson, Rauf Aregbesola with a public disavowal of Tinubu.

“I want to congratulate my brother, Ogbeni (Aregbesola), on his birthday. You know I’m your man any day,” El-Rufai said.

The increasing agitation for an investigation into the 2019 pre-election Bourdillion Bullion Vans affair is part of the script against Tinubu.

Even more, the man who emerged as a champion of democratic activism is increasingly being swallowed by the foibles of the government he orchestrated to power. How does Tinubu defend the fuel hike by the APC government?

How does he defend a seemingly rudderless administration? With some of his able lieutenants and protégées now clearly working on the other side, it is evident that sooner than later Tinubu would have to ponder a very legitimate question.

Would the man who has made a vice-president, governors, senators, and so on consider making a president in 2023 or allowing his venerated political legacy to be destroyed in the bid to make himself president?

Time is running out for him to make a choice!

Vote Candidates Of Your Choice, Oba Of Benin Tells Electorate