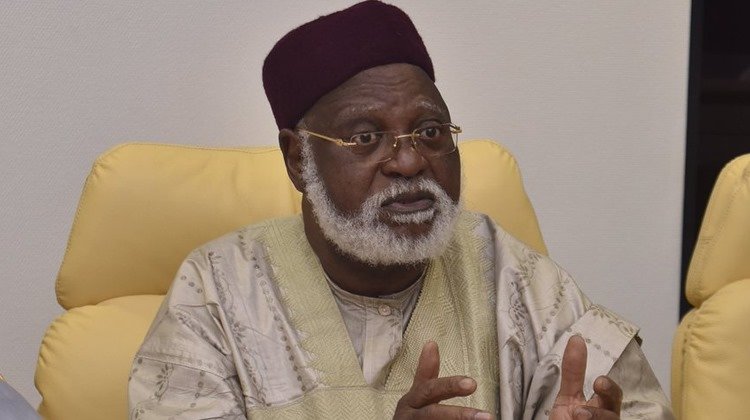 The Independent National Electoral Commission, on Friday, said it had recovered from the fire incident that gutted its office in Ondo State ahead of the October 10 governorship election.

While assuring the public that it would not postpone the Edo State governorship election scheduled for next Saturday as it had in 2016, the commission said a similar fire incident would not occur in Edo State.

INEC stated that the Ondo State governorship poll would still hold as planned, despite the destruction of smart card readers.

The Chairman of INEC, Prof Mahmood Yakubu, made the assertion during an interactive session with stakeholders and civil society organisations convened by the National Peace Committee chaired by a former Head of State, Gen. Abdulsalami Abubakar (retd.).

The INEC chairman said the 5,100 SCRs programmed for use for the election were razed in the inferno that broke out on Thursday night, while investigation was ongoing to unravel the cause.

He said, “We received the sad news of last night’s fire incident involving the container housing the SCRs. Let me give you a little bit of statistics. We require 4,100 SCRs for the Ondo election and an additional 100 for training, so that the ad hoc staff are properly trained using the SCRs. So, we got 1,000 SCRs from our office in Osun State.

“We had 5,100 SCRs good to go for the Ondo election, but unfortunately, from the reports I am getting, we lost the 5,100 SCRs in that container. I am glad to say we have recovered from that and election in Ondo is going to go ahead. We have huge capacity in the neighbouring state to get additional SCRs.

“I had a discussion with the Resident Electoral Commissioner in Oyo State and we have 700 SCRs there, so getting 5,000 SCRs to support Ondo won’t be an issue at all. This is not a general election that is holding nationwide; it is an off-season election.

“We have recovered in Ondo, while investigation continues on the cause of the fire. The Ondo election will not be affected by what happened to the SCRs. The fire only affected the container housing the SCRs. It was the same container that was used in 2015, 2016 and 2019.

“So, it is not that we moved the SCRs to an unsafe place. But learning from what happened in Ondo, we are also taking measures to ensure that there is no repeat of this kind of incident in Edo State.”

Yakubu also gave assurance that the Edo State governorship election would still hold as scheduled, adding that the commission was ready for the poll.

He said, “Yes, in September 2016, the Edo governorship election, for reasons known to Nigerians, was postponed for two weeks, but it had nothing to do with the preparation of the commission.

The Inspector General of Police, Mohammed Adamu, represented by the Deputy IGP (Research and Documentation) in-charge of Edo election, Adeleye Oyebode, said police officers deployed for the election would be guided by the police code of conduct.

He stated that the police were ready to ensure a peaceful election and “nobody can stand in the way of this election.”

The Catholic Archbishop of Sokoto Diocese and member of the peace committee, Rev. Fr. Matthew Kukah, said the meeting was convened by Abubakar to encourage the various agencies, especially INEC, and to help inspire confidence.

Kukah added, “You have been adequately briefed on the level of preparedness. The rest is for us Nigerians to do the thing we do best, which is to pray and then we also hope that the people of Edo State will enjoy a very peaceful election. The rest, we leave in the hands of God.”