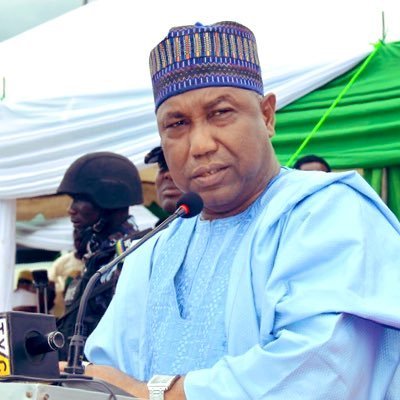 The Senator representing Kano South, Kabiru Gaya, has said that the New Nigeria People’s Party will not be a threat to the victory of All Progressive Congress candidates in the forthcoming general elections in Kano State.

Gaya, who is the chairman of the Senate Committee on INEC, made the remark while fielding questions from newsmen in Kano on Monday night.

He said, “In Kano, we have two political parties; the APC and the PDP. The PDP splitted into two with the Kwankwassiyya forming NNPP.

“We still have only APC and PDP in Kano. So I am optimistic APC will win Kano in 2023.”

Even though he agreed that his major challenger in Kano South, Kawu Sumaila of the NNPP is pulling crowd, Gaya said he is hopeful of going back to the Senate for the fifth time.

He said, “Kawu is doing well, but I have more crowd than him, and I believe I will win the election.”

The former governor of Kano state advised politicians to work for the interest and welfare of the people and stop engaging in vote buying.

Gaya argued that when you work for the people, the people will definitely vote for you, adding that with the new electoral act, it will be difficult to rig elections in 2023.

The senator said, “Politicians should stop using money to buy votes. Do projects that touch the lives of the people and they will vote for you. That is what has been working for me. I have been in the Senate four times, and I am going for the fifth time.

“People vote for me because of the projects I do for them. I have seen people from other political parties coming to me to say that they will vote for. And they do so because I carry out projects that have impacted positively on their lives.”

He listed some of his projects as digging of over 919 boreholes, building 600 blocks of class rooms, construction and rehabilitation of several roads, sponsored 16 students to study abroad and empowered hundreds of people for irrigation farming, among others.