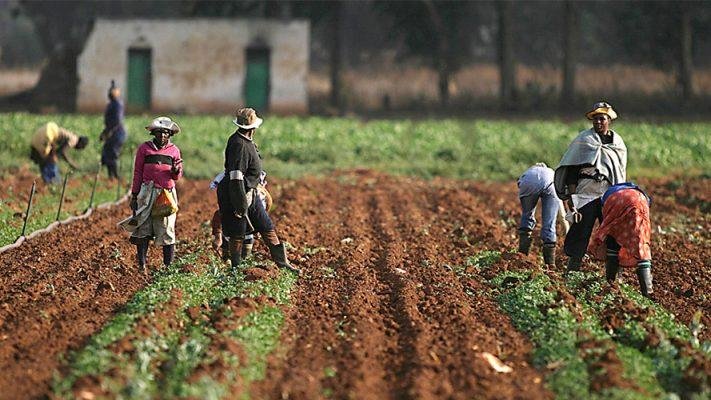 In 2018, when a rice farmer, Lawal Bala, experienced a positive turnaround in his farming business, he was overwhelmed with joy.

For Mr Bala, the farming season was worth looking forward to. Now, he enjoys farming more than ever before.

This had not always been the case for Mr Bala. “I have a hectare of farm, but the years before 2018, I could hardly cultivate it,” he told PREMIUM TIMES in a phone interview.

The pressure of not being able to make ends meet usually heightened his fear of his family going hungry. Not only this, but all his financial responsibilities were also under the threat of being abandoned.

For him, a change needed to happen.

Mr Bala started to use the agricultural commodities exchange with the help of AFEX, in 2018.

The first farming season after the exchange business, Mr. Bala noticed an improvement in his produce, both in quality and quantity.

In Kano, he owned one hectare of land and grew less than 20 bags of rice (100 kilograms per bag). However, after his relationship with AFEX, he started harvesting 40 bags.

“I registered as a farmer under a cooperative in Kano when AFEX came, and we were given farming inputs as loans that will be repaid after harvest,” he told PREMIUM TIMES.

Agricultural commodities exchange in Nigeria is carried out by AFEX Commodities Exchange Limited (AFEX) which is a Public-Private Partnership between Nigeria’s Federal Ministry of Agriculture and Rural Development and a consortium of private investors (Berggruen Holdings, Heirs Holdings, Ngali Holdings and 50 Ventures).

Established in 2014, it creates a Warehouse Receipt System that provides secure storage for grains that will serve as collateral for farmers to access finance and also, allow farmers to get better prices for their produce.

AFEX is part of Africa Exchange Holdings, founded in 2012, to develop inclusive capital markets in East and West Africa, and improve storage and food security systems.

In an interview with PREMIUM TIMES, the input manager at AFEX, Innocent Ihopo, said farmers are identified as a cooperative, but in the cooperatives, they are treated individually.

“We have a structure that takes care of the direct interaction with these groups at the village or community level. We have officers that we call the field extension officers,” he said.

Mr Ihopo said the extension officers are saddled with the responsibility of registering these farmers individually and then forming them into groups.

The information gathered is related to the company’s server where it gets to the database.

The data is processed when it comes to the time for inputs, “We have our own verified list of farmers. We normally give input as finance for agricultural production for only verified farmers,” he said.

Farmers who have not been captured are usually encouraged to provide their details if they are interested in a loan, he explained.

An app called “workbench” is used for operations in AFEX. “All these farmers then register and verify while we track as every farmer has an account with the organization as he comes for input.”

Besides requesting the details of the farmers, they are required to pay 15 percent of the total worth of input as equity contribution.

The inputs given to farmers cover insurance, BRG, logistic fees, the cost of fertilizers, the cost of agrochemicals and other inputs.

“All this data and money will be provided before anyone will be given a loan,” he said.

At AFEX, an agreement is reached between the company and the farmer as well as the cooperative.

The agreement says that every farmer’s account has a repayment amount that is shown on a form, which is printed.

The printed document shows the repayment value, the farmer pays his / her own equity contribution so the balance is expected to be paid by the farmer at harvest time.

The farmer brings agricultural produce worth the payment value and the loan matures within six months. These details are captured on the receipt given to the farmer during the loan disbursement.

When farmers are reluctant to refund the loan after harvest, the organisation takes up legal actions against such individuals.

“The warehouse manager takes them sometimes to the police, vigilantes services, and sometimes may end up in court and a repayment plan will be drawn by the judge and the farmer concerned,” he said.

Agricultural commodities market will enhance the performance of the agricultural sector in Nigeria, experts have said.

In Nigeria, some farmers have used a simple form of derivative trading in the commodities market for centuries, for price risk management.

A rice farmer, Sa’ad Adau, says he collects fertilizer and chemicals from AFEX, as a loan.

“I was collecting fertilizers and chemicals and the fleet from AFEX, ” he said.

Before he met AFEX, he said he had a small farm, less than one hectare of land.

“The first time I met with AFEX, I farmed for one hectare and another raining season I collected for two hectares. I’m now farming for two hectares. Even this season, I was expecting to add more hectares,” he said.

For Mr Adau, before his breakthrough, every harvest season produced less than one ton of rice which was about nine 100 kg. Now in the dry season he cultivates 150 kg bags.

Another rice farmer, Abdulrahman Ndaku, said he received the input, once, although before the loan, he was doing fairly well.

He received four bags of NPK, two bags of urea, some glycoside (three liters), solitude (1.5 liters), some insecticides and other agro-chemicals.

“The nature of the support is like this: If you are farming one hectare then with what they support with you will be able to farm two hectares, which is very helpful.

“So, in tonnage per hectare, I was farming up to four tonnes. With their support, within the season they supported, (it moved) the output from four to five tonnes per hectare. It was quite helpful. Their inputs were quite very good,” he concluded.

Some other farmers who spoke to PREMIUM TIMES had similar stories.

The absence or short-lived nature of many of these conditions explains why commodities exchanges for staple grains have remained stunted in Sub-Saharan Africa, despite strong interest in their development by the international donor community and by most elements of the private sector.

COVID-19: Vaccinations not expected until mid 2021– WHO

‘How Nigeria can ensure food security amidst economic crisis’