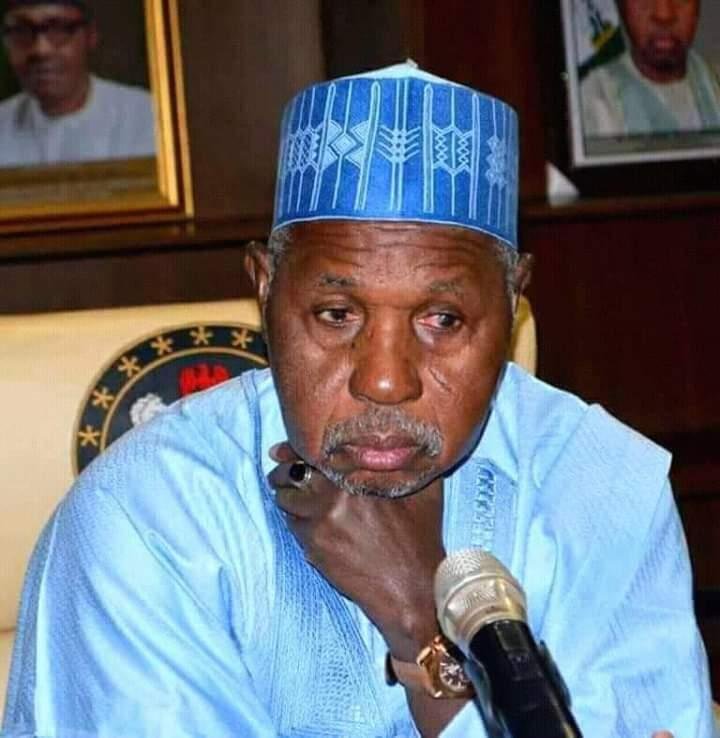 The 9th Grand Khadi of Katsina state Shari’a court of Appeal has been sworn into office by Governor Aminu Bello Masari.

He is Qadi Muhammad Kabir Abubakar.
Also sworn into office is Yusuf Mu’azu Abubakar as a permanent secretary in the state civil service.

Addressing the new appointees, Governor Aminu Bello Masari observed that the Justice delivery system being operated had been bedeviled with the problem of delays, inefficiency, and prolonged adjournments.

Some of the steps, according to the Governor include the coming into force of the administration of criminal justice law in Katsina State, the establishment of community conflict resolution centers, and the appointment of additional judicial officers to ensure speedy dispensation of Justice in the state.

The Governor commended the state High court for responding to the challenges posed by the Covid-19 pandemic through the setting up of virtual courts for the remote hearing of cases.

Alhaji Aminu Masari who noted that although virtual courts have constitutional limitations expressed confidence that appropriate constitutional amendments would be undertaken to allow for the jurisprudence of high-tech court hearing to be developed.

He assured the judiciary that the APC administration will support and facilitate the gradual digitization of the Justice sector institutions through the state Justice sector reform project
Turning to the current insecurity affecting the state, Governor Aminu Bello Masari assured that the state government is coming up with practical and more sustainable measures of addressing the lingering insecurity in the state.

Alhaji Aminu Masari announced that an executive bill that provided for a 3 tier community security structures will soon be forwarded to the state house of assembly.

He said District security councils will be established for each District and security peace Committee for every village and ward in the state.

He said that the security councils and Committees would in addition to security monitoring and intelligence gathering perform community policing and neighborhood watch functions.

The Governor used the occasion to seek the cooperation of the legislature and the judiciary to support the new approach in addressing the lingering insecurity in the state.

He also appealed to communities to rise up to the challenges of security by being their brother’s keepers.

He expressed confidence that the newly sworn-in Grand Khadi will join hands with other stakeholders to move the institution forward.

He also congratulated the newly sworn-in permanent secretary and hoped that he will justify the confidence reposed in him.