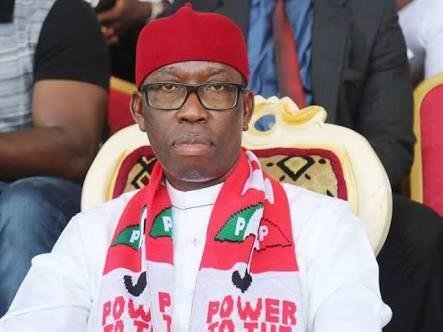 Doctors working in government hospitals in Delta State have cried out over what they termed ‘illegal’ deductions from their monthly salaries by the Delta Contributory Health Commission, describing the scheme as a ‘monumental fraud’.

The Delta State Contributory Health Commission bill was signed into law by Governor Ifeanyi Okowa on February 4, 2016, with mandatory monthly deductions from workers’ salaries as a contribution to the scheme to access health services and protect citizens from financial impoverishment due to costs of ill health when they need it.

But since the establishment of the scheme, series of allegations bothering on corruption and fraud have continued to trail the scheme headed by the Director-General and Okowa’s ally, Ben Nkechika.

Speaking with SaharaReporters during a visit to some government hospitals across the state, medical personnel, who asked not to be named for fear of being victimized, said since the inception of the scheme, their salaries running into several millions of naira had been fraudulently deducted without the services being rendered.

At the central hospitals in Ughelli, Ozoro, Oleh, Warri, Sapele, Patani, Kwale, Ogwashi-Uku, and Okwe, doctors, and nurses disclosed that till date whenever they or any member of their families fell sick, they foot the medical bills while the state government in collaboration with the Delta State Contributory Health Commission continues to make illegal deductions from their monthly salaries.

The medical personnel called for the immediate stoppage of deductions from their monthly salaries.

Civil servants affected by the deductions, who spoke with our correspondent, corroborated the story of the medical personnel, saying it was fraudulent.

A senior staff of the commission, who asked not to be named, had last year disclosed to our correspondent that Ben Nkechika was running the commission like his personal clinic because of his relationship with the state governor.

“Nkechika is busy making money without recourse to the purpose for which the commission was established to take care of health challenges of civil servants through their monthly salaries deductions,” the official said.

Contacted on the issue, Nkechika said the doctors were being mischievous, adding that there was no truth in their allegations.

He said, “The only issue doctors in state had raised with us was the issue of the percentage been deducted from their monthly salaries which they complained was too much. We as a commission had advised them to formally write their complaints to the state government. Those doctors complaining of deductions may not have registered for the scheme because we have asked everyone to do so.

“We have also made it clear that only the husband or wife salaries’ can be deducted but where both are being deducted because they are civil servants, we advise such affected persons to formally write for notification so as to correct such cases.”