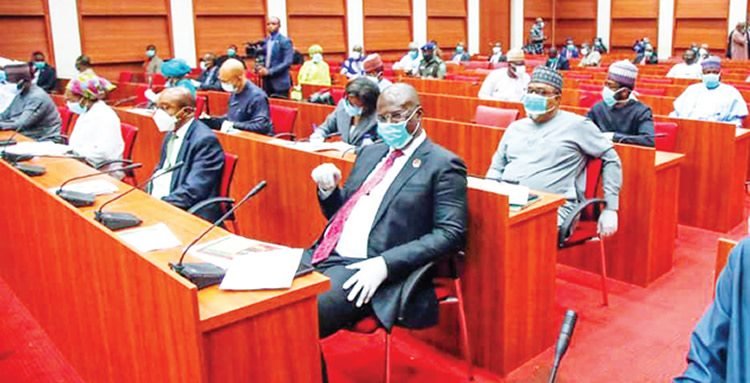 The Senate Committee on Special Duties has revealed that the Federal Government spends N5bn monthly to cater for the victims of insurgency in the North-East.

The Chairman of the committee, Senator Yusuf Yusuf, disclosed this in an interview with journalists on Friday in Abuja on the outcome of his panel members’ recent visit to the North-East geopolitical zone.

Yusuf explained that no amount of resources was adequate to sustain the 2.7 million displaced persons in the various camps.

He lamented that most of the victims of the insurgency were eager to return home and fend for themselves, but many of their villages were still inaccessible.

He noted with concern that Nigeria might witness a major crisis from the IDPs, who were mostly orphans below the age of 18 if nothing was done to get them back to their villages

“No amount of resources can sustain or take care of them. The government and the development partners are doing their best but the resources are very small.

“We cannot sustain spending N5bn a month to take care of these people. We cannot continue to believe that the IDP syndrome should continue. We must exit it at one time or the other. It is a sad thing.

“There are children, who are orphans in all respect, and most of them are below the age of 18. It’s a time bomb waiting to explode.

“All of us, what we should do is to work together, accept the fact that security is important, the security agents should be given enough courage because the government is doing its best, but the security agencies, though they are trying, however, their best is not enough.”

Yusuf added, “The people in the IDP camps want to go back to their homes and there is no reason why they shouldn’t go back.

“All hands must be on the deck to ensure that security is provided for them to go back to their homes so that we can reduce the mounting pressure on our resources being used to take care of the IDPs.”

On the Water Resources Bill, Yusuf assured Nigerians that the proposed legislation would be subjected to serious scrutiny when it comes to the Senate for concurrence.

He said he would not support any law that was not in the interest of Nigerians.

The senator said, “You know we have little difference in the way we do our bills.

“By the time it comes to the Senate, it will only come as a concurrence. The various relevant committees will sit down and look at areas that are contentious and then liaise with the House and sort them out.

“I don’t believe that I will stand and support anything that is not in the best interest of Nigerians.”