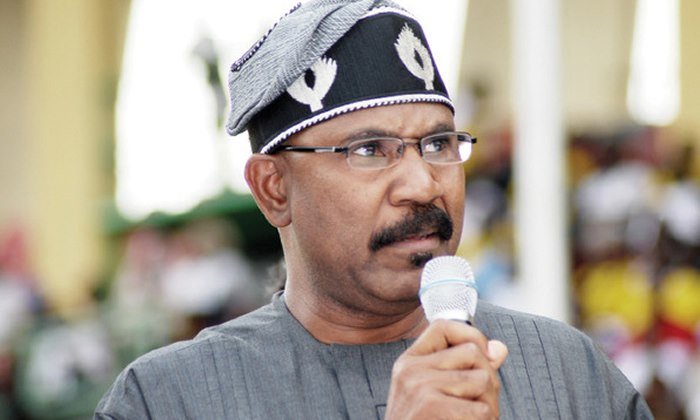 The Minister of State for Health, Dr Olorunnimbe Mamora, says the Federal Government has paid up to N20bn in COVID-19 inducement allowance to doctors and health workers in the country.

The minister, who applauded all front-line health workers in the country amid the fight against the COVID-19 pandemic, made this known on Wednesday morning while featuring on Channels Television‘s Programme, Sunrise Daily.

About 16,000 doctors have downed tool over the government’s inability to meet their demands including insurance package, payment of the outstanding COVID-19 inducement allowances as well as the payment of medical residency training funding, amongst others.

The PUNCH had earlier reported that the doctors also called for the upward review of their hazard allowance from the sum of N5,000 which they described as “paltry”.

“The Federal Government has not invited us to a meeting after we notified them that we will be proceeding on strike. We have directed all our members across the country both federal and state institutions to recommence the strike we suspended on June 22, 2020,” the Nigeria Association of Resident Doctors had said while it commenced the indefinite strike on Monday.

But speaking on Wednesday during the programme monitored by The PUNCH, Mamora said it is regrettable that the kind of situation is happening at this point in time when the nation is grappling with a pandemic.

He said the N5,000 hazard allowance for doctors and health workers in the country which has been in existence for about 30 years was suspended for the period of the pandemic.

He said, “We have been able to pay the COVID-19 inducement allowance because we had to suspend the hazard allowance for this period so that we can go into renegotiation after.

“We are now paying starting from 50 per cent of the basic of the workers depending on where the point of operation is. We were able to pay April, May full, June, part of it has been paid but not fully paid and it’s because of the economic situation and these funds have to be sourced for one way or the other.

“We’ve been able to disburse close to N20bn and I repeat close to 20bn. So, to now say nothing has been done, that is not true.”

On the insurance package for health workers who pay the ultimate price on the line of duty, the minister said, “Every worker in the Federal Civil Service is entitled to the Group Life Insurance Scheme which is domiciled in the office of the head of Civil Service of the Federation.

“We discussed this in our previous engagements with the doctors and we did say that you need to come up with this information and all the relevant officials, particularly in the office of the head of Civil Service of the Federation were present so that they (doctors) will know who to direct all these things too.

“What we just do in the ministry of health is the supervision of the process. So, when a health worker dies and he was an employee of the Federal Government, the information comes to us, goes to our Human Resources Directorate and it is processed. Ours is to do a follow-up but the office of the head of Civil Service will get these things done because they are the one that interfaces with insurance companies because it is a group of insurance companies that manage this process.

“But what we have discovered is that some of the time, the appropriate information is not made available. For example, we have asked the various federal tertiary hospitals to come up with their nominal role so we know who is on that list and stands to benefit in the event that death, unfortunately, happens. We made that clear and the doctors said they now understand better.”

Mamora also said the medical residency training funding which is one of the agitations of the doctors has been captured in the Revised 2020 Budget but government bureaucracies and processes were delaying its implementation and payment.

“The issue of residency programme gulped N4bn and it has been captured in the budget and it has been appropriated but you know government processes tend to be somehow slow. So, it’s just the implementation in terms of documentation that remains. The doctors themselves can confirm,” he added.

No lawmaker’ll be left out of car largesse – Ondo Assembly