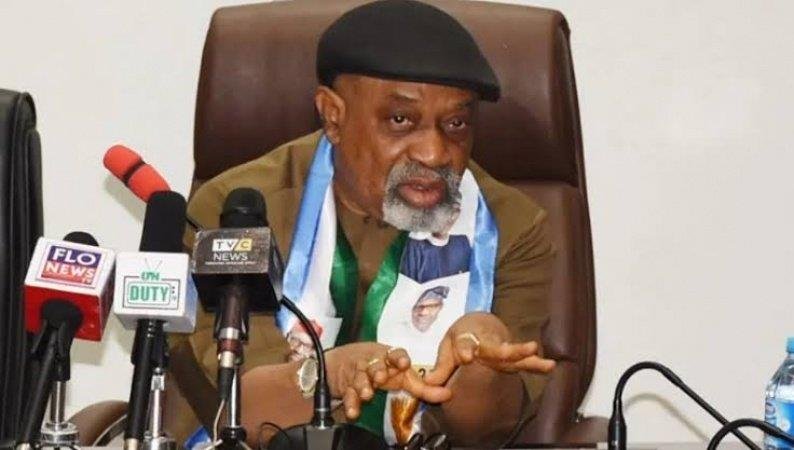 The Federal Government has directed striking doctors to return to work.

This is contrary to an earlier statement by Minister of Labour and Employment, Sen Chris Ngige, begging the National Association of Resident Doctors (NARD) to suspend its ongoing strike.

In the statement by the Deputy Director, Press and Public Relations in the ministry, Ngige claimed the government had met six of the eight demands tabled by the striking doctors.

Ngige, in the fresh statement, implored the doctors to embrace dialogue in the resolution of their outstanding issues with the Federal Government.

He explained even with the lean resources available due to the COVID-19 effects on oil output and price, resulting in low revenue, the Federal Government had addressed the majority of their demands, including Special Hazard and Inducement Allowances, and Group Life Insurance.

The Minister reminded the resident doctors by the labour laws and the International Labour Organisation (ILO) conventions when issues are being conciliated, all parties are enjoined not to employ arm-twisting methods to intimidate or foist state of helplessness on the other party, in this case, their employers, the Federal Ministry of Health.

Consequently, Ngige advised the resident doctors to respect the Country’s Laws and withdraw the ultimatum issued to their members to down tools with effect from 8.00 am Monday, September 7, 2020.”

The statement added: “The NARD leadership in three conciliatory meetings with the Nigerian Medical Association (NMA) leadership in attendance can attest that out of the eight (8) demands listed after their Bauchi NEC meeting, the Federal Government via the Federal Ministry of Health (FMoH) and Federal Ministry of Finance, Budget and National Planning (FMoFB&NP) has already addressed about six of the demands comprehensively and satisfactorily.

“Even with the lean resources available due to the COVID-19 effect on oil output and price resulting in low Revenue, the Federal Government has addressed the COVID-19 Special Hazard and Inducement Allowances for Medical and Health Workers to the extent that as of today, N20 billion has been expended by the FMoH and FMoF&NP on this allowance for April, May and June 2020 with very little grey areas of outstanding payments to some Health Workers for June 2020.

“The issue of Group Life Insurance for Medical and Health Workers was also dealt with fully with the Office of the Head of Service passing the records to both NARD and FMoH, to pass on to their medical doctors and other health workers to make appropriate claims when necessary, with the details of the 13 Leading Insurance companies and brokers, an exercise that cost the Federal Government N9.3 billion as a premium to run from the COVID-19 period of March 2020 to March 2021.

“The life insurance is not only for health professionals and workers, but prepared also for all federal civil servants and public servants in federal organisations that are treasury funded.”

“Other issues like the University of Port Harcourt Teaching Hospital right between NARD and the authorities were addressed while old issues not related to the COVID-19 period and issues of State Governments not addressing the Consequential Minimum Wage Adjustments, and low patronage of Residency programme are work in progress.

“NARD for these two reasons should respect the country’s laws and withdraw the ultimatum issued for their members to down tools with effect from 8.00 am Monday, September 7, 2020.

“The meeting has been slated for 12.00 noon on Wednesday, September 9, 2020, at the Conference Room of the Honourable Minister of Labour and Employment Abuja with the Nigerian Medical Association expected to be in attendance.”

Edo election: I won’t lose, my victory is sure, Ize-Iyamu declares