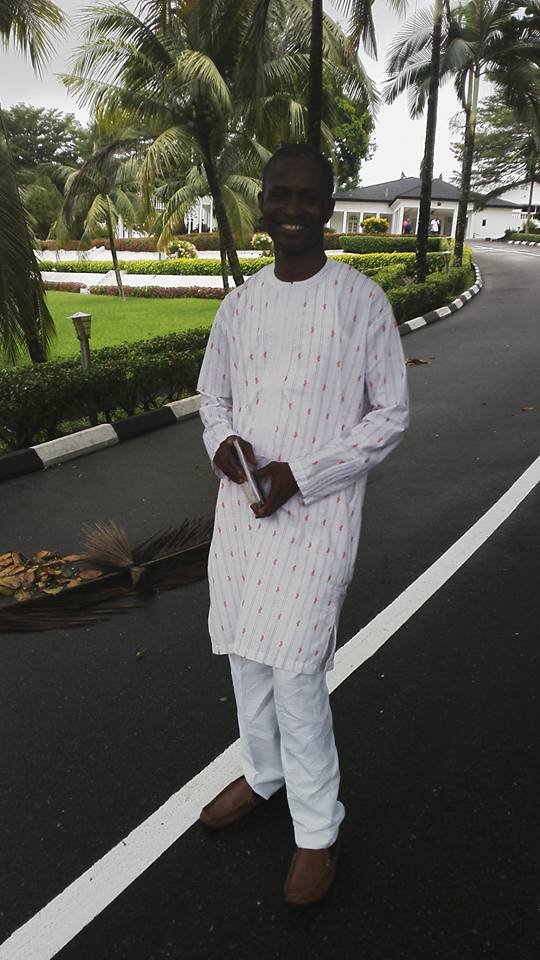 I MEAN no disrespect, but just one week ago, the name Eyo Charles would have been a head-scratcher to all but the most avid consumer of the news.

“Who is Eyo Charles?” I can almost hear a good many of them murmur, deterred from flipping the page only by the titillating prospect of being regaled with details of the unholy baptism.

Journalists often talk of the hazards of the profession – even those of them who have no stripes to show for their sojourn in it, only a fleet of late-model cars, elegant homes in the best part of town, thriving businesses on the side, and robust bank accounts, domestic and foreign.  Could this perhaps be a real, contemporaneous enactment or variation of the kind of baptism visited on Minere Amakiri in 1973?

Amakiri was the Port Harcourt-based reporter for The Nigerian Observer. It all began with a news story with his byline, factually and accurately reporting a threat, made at a press conference by state-employed teachers, to embark on a strike over their unpaid salaries going back several months.

Even by the standards of those days, this was a ho-hum story.  But it was published on the most hallowed day in the Rivers State calendar, the birthday of His Excellency Alfred Diete-Spiff, the state’s military governor, with the sole purpose of subjecting him and the government and the good people of the state to scorn, odium, ridicule, and contempt.

Whereupon they seized Amakiri, shaved his head with the jagged, razor-sharp edge of a piece of glass from a broken beer bottle, and flogged him almost insensate, Diete-Spiff’s chief security officer presiding.

Perhaps because it occurred at the hands of an ordained priest, Eyo Charles’s advertised “unholy baptism” did not even come close to what they did to Amakiri.  Yet, today, you have to be practically unconscious not to have heard of Eyo Charles.

Eyo Charles is a reporter who covers for the Abuja-based Daily Trust, the so-called South-south States.  And he would have remained just that if he had assigned to a junior reporter the coverage of a press conference by a notoriously foul-mouthed political brawler and opportunist craving the bright lights and the fawning adulation he once enjoyed as a minister of aviation, and later as head of Goodluck Jonathan’s publicity campaign team in his doomed re-election bid.

There was nothing significant or challenging about the news conference.  The scheduled newsmaker, it is true, was one of yesterday’s men seeking to insinuate himself into the moment.

It had been called to provide Femi Fani-Kayode a platform to brief the public through the media about the wonders he had seen in a guided tour of Cross River State and to issue a report card on the government projects, as he had done at the end of an earlier excursion in beleaguered Zamfara State, where Muslim insurgents control a swathe of the territory.

At the end of the dining and wining and – I can’t vouch for this one – the wenching, that is the standard agenda for such visits, he was conferred with a prestigious title dating from the time Usmanu dan Fodiyo established his Caliphate in Sokoto.  He even got to parley with His Eminence the Sultan of Sokoto, Alhaji Muhammadu Sa’ad Abubakar, on matters of mutual interest.  Throughout, he carried himself like visiting potentate from distant lands.

After that heady triumphal tour, Cross River State was his next port of call.  The stage was set   for a reprise of the Zamfara report – the wonders the state government has wrought across every aspect of human existence and experience, despite lean and declining resources, the stratospheric level to which the people’s government in the state had raised its Human Development Index in just a year or two in office, etc., etc.

The news-starved area press corps had gathered in eager expectation.   For security, Fani-Kayode had a man standing behind him in military camouflage keeping an eye on the proceedings, and two other men in the rear, probably officials from the Governor’s Office.

In Zamfara, they had asked Fani-Kayode who was funding his trip.  He had batted the question away, without profoundly alienating his audience.  Apparently he had not anticipated such a basic question.  Or perhaps he had reasoned that no reporter would be temerarious enough to ask him a former minister, a lawyer, a fourth-generation alumnus of the University of Cambridge, such a question.

But that was precisely the question Charles put to Fani-Kayode shortly after he began his news conference: Who is bankrolling the junket?

Whereupon Fani-Kayode blew his top.  There is no point recalling here the torrent of insults, the inelegant putdowns, the coarse and vulgar abuse that he rained on Charles.  Among his sundry talents that we have since come to know, he can divine a person’s intelligence even before setting his eyes on that person.  Let us just say that Charles did not rank high on his divination board.  So he had known what kind of interviewer Charles would be.

And yet, when Charles asked his question, Fani-Kayode was caught utterly unprepared, flummoxed. He replied with a tirade and served notice that he was going to report Charles to his publisher, who happens to be his good friend.  If Charles did not get the message, most of his colleagues in an endangered industry did.  One of them was heard rebuking him:  “See what you have brought upon yourself?”

After an explosion of rage that would have left a person of lesser stamina breathless, it would have been a wonder if Fani-Kayode had continued his press conference.  He gathered his papers and walked out.

At the prompting of his advisers, he has since apologized, saying he failed himself, his family, his friends, his political associates, and his mentors, among whom he named former President Olusegun Obasanjo, of whom he used to say the most spiteful things until he gave him a cabinet post.

It cannot have been easy for a person of Fani-Kayode’s leviathan ego to make a public apology in such stark terms.   His friends must hope that it was born of contrition.

If his conduct was scandalous, that of the press corps at the event was shameful. Instead of walking out on Fani-Kayode while his tirade was in progress, they tried by sundry gestures to placate and mollify him and even rounded on their colleague Charles for bringing a promising outing to an unrewarding ending.  Instead of applauding his professionalism, they rebuked him.

This was a great chance to take a collective stand and tell the attentive audience they would no longer submit to being ill-used and insulted. They blew it.

Charles’s professionalism is true to be commended, but I do not absolve him from blame for participating in what amounted to a reflex submission to wanton ridicule and disrespect.  He was probably too star-struck, like his colleagues.

Nigerian journalists are disrespected largely because they do not respect themselves by and large.  They pander to crassness and are all too willing to bat on any winning side.   Instead of holding officials to account, they confer all manner of dubious honors on them and importune them for favors.

The media have been infiltrated by persons who have never taken a course on Media Ethics nor imbibed the letter and the spirit of the Nigerian Press Organisation’s Code of Ethics.  Even on issues over which they should assert autonomy, they defer all too willingly to the authorities.

Publishers and proprietors who do not pay their staffers regularly and expect them to fend for themselves as they see fit invariably set them forth on the path of journalistic perdition.

Until the media critically review their own internal operations and professional standards to make them safe and healthy for the practice of good journalism, they will never command the respect the media are accorded in other climes.

Meanwhile, the question lingers:  Who, just who, has been bankrolling Fani-Kayode’s travels?