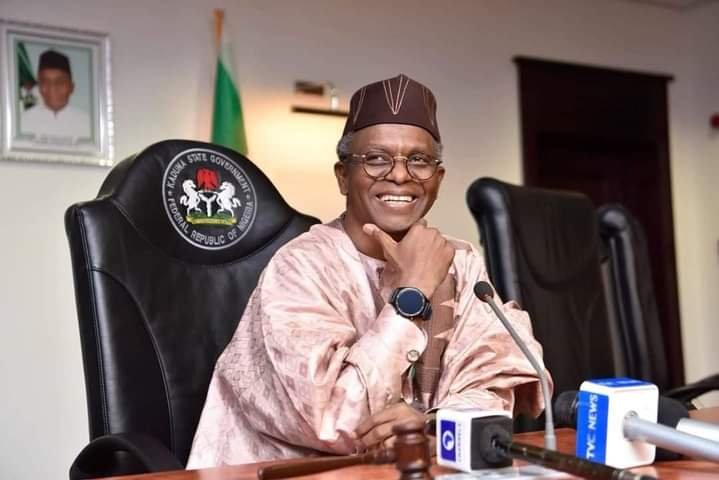 Share FacebookTwitterWhatsAppEmailTelegram
21st August 2020
Mr. Asishana Okauru,
Director General Nigerian Governors’ Forum,
51 Lake Chad Crescent,
Maitama Abuja.
NIGERIAN BAR ASSOCIATION 2020 ANNUAL GENERAL CONFERENCE: INVITATION TO HE NASIR EL-RUFAI GOVERNOR OF KADUNA STATE
(1). Further to our telcon (Okauru/Usoro) this morning on the above subject matter, let me once again, through your good offices, tender my unreserved apologies to His Excellency, Mallam Nasir El-Rufai, Governor of Kaduna State, for the unintended embarrassment that may have been caused him by the decision of the Nigerian Bar Association (“NBA” or the (“Association”) National Executive Committee (“NEC”) decision at its meeting that was held yesterday, 20 August 2020, to dis-invite him as a Panelist in one of the Sessions scheduled for the upcoming NBA Annual General Conference (“AGC”). As the NBA President, I take full responsibility for the unintended embarrassment and tender my regrets and apologies.
(2). As I explained to you during our telcon, the initial decision to invite HE Nasir El-Rufai was made by the AGC’s Technical Committee for Conference Planning (“TCCP” or “the Committee”) without any input from NEC as a Body. The TCCP is itself an organ of NEC and was constituted by NEC at its meeting in December 2019. It is in all respects answerable to NEC and has a mandatory duty to report its activities to NEC at NEC’s quarterly meetings one of which was held yesterday. As an elected National Officer of the Association, I am personally answerable to NEC and cannot overrule its decisions even if I have totally different viewpoints and positions in regard thereto. TCCP, as an NBA organ, is in precisely the same position and the same applies to all other Committees of the NBA.
Related Posts

Dec 1, 2022
(3). Indeed, I need to mention that a standard agenda item for the Quarterly NEC Meeting is the Report from the various NBA Sections, Forums and Committees. To the extent that the NBA Committees’ works, and activities are on the NEC Agenda, NEC members are at liberty to raise questions, demand clarifications, discuss and give mandatory directives and directions on those works and activities and the Committees are bound by those directives and directions of NEC. As I also explained to you, the statutory membership of NEC is made up of all Past Presidents and General Secretaries and 3 (three) members each from each of our 125 Branches. There are also about 120 co-opted members. NEC was deliberately made that large by the framers of the Association’s Constitution to accommodate all shades of opinion and thoughts.
(4). As I further mentioned to you during our telcon, the invitation of Mallam Nasir El-Rufai was brought up by NEC members at yesterday’s meeting when the TCCP’s arrangements for the 2020 AGC was placed on the agenda for discussions and the preponderance of opinion was that His Excellency should be dis-invited. There was indeed a motion that was moved and seconded to that effect. Those who spoke in favor of his attendance, including me, were in the minority. I was personally placed in a very difficult and problematic position. Mallam Nasir El-Rufai is a friend that I have known as long ago as the early 1980s and we do have some other very close mutual friends. And yet, I am bound, as an elected President of the NBA, by decisions and directives of NEC to whom I am answerable in my official capacity. There truly was nothing that I or the TCCP could do in the face of NEC’s decision of yesterday.
(5). In concluding, I must clarify two critical issues. First, NEC’s decision yesterday had no ethnic or religious coloration or connotation howsoever and whatsoever. In discussing the issue at NEC, nobody talked about religion or ethnicity. As I recall, there were no more than 3 (three) advocates for retaining the invitation of the NBA to HE Nasir El-Rufai (not including me) and two of these three gentlemen are from the South of Nigeria and one is a reverend gentleman. Conversely, some of those who spoke against his attendance share the same faith with Mallam Nasir El-Rufai and some others come from the Northern part of Nigeria.
(6). The second point that I must clarify is that, NBA NEC, by its decision was not passing any judgment on Mallam Nasir El-Rufai. NBA NEC is not in a position to pass such judgments without having all the facts and hearing from all the sides and it did not set out to pass any such judgment. NEC merely made a judgment that it was not in the best interest of the Association to be engulfed in the controversy that trailed the invitation of Mallam el-Rufai for the Conference and that it was best if the safety-valve of dis-inviting the Governor was applied. Indeed, NEC did not howsoever or at all discuss the substance of the issues that have been raised against the Governor by the different groups and persons who clamored for his being dis-invited – and there was very considerable clamor in that regard. I perhaps need to mention that, prior to the NEC meeting I had personally taken urgent and strident steps, working with the TCCP, to douse the clamor, but we had no success.
(7). I truly would appreciate your bringing this letter to the attention not just of HE Nasir el-Rufai but also to all the other members of the esteemed Nigerian Governors’ Forum and in particular, the Chairman of the Forum, HE (Dr) Kayode Fayemi. Please, assure Their Excellencies that the Nigerian Bar Association holds all our Governors, including HE Nasir el-Rufai, in the highest esteem and would do nothing intentionally to embarrass them collectively or individually. Once again, I offer my sincere and deepest apologies and regrets for the unintended embarrassment that may have been caused to HE Nasir el-Rufai by the afore-referenced decision of the NBA NEC and would appreciate your passing on my regrets and apologies to him personally.
Yours sincerely,
Paul Usoro, SAN
NBA President”
2
Share FacebookTwitterWhatsAppEmailTelegram