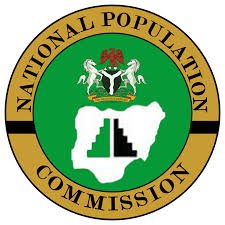 The National Population Commission (NPC) on Friday reiterated its readiness to conduct a reliable and accurate census.

Dr. Eyitayo Oyetunji, Acting Chairman, NPC, stated this in an interview with the News Agency of Nigeria (NAN) in Abuja.

Oyetunji asserted that the Commission had been ready with qualified personnel and facilities for census since 2016.

“We have the census strategic document as well as accurate budget and timeline for census if the government makes a proclamation.

Oyetunji, who canvassed for support of Nigerians, said that the Commission has the most advanced technology to conduct the census if given a go-ahead.

According to him, this is the best time to conduct census for us because we will use satellite images for Enumeration Area Demarcation as well as Global Positioning System (GPS), to help us locate exact positions of localities and villages.

The NPC boss decried the inability of the country to have a census, saying that it had affected national planning negatively.

He particularly expressed concern over the impact of COVID-19 on the country’s population which had affected the harnessing of Demographic Dividends adversely.

“Hospitals cannot be easily accessed because of lockdown and restrictions on movements.

“Many of our services hindered and there are speculations that childbearing will increase because couples are locked inside,” he said.

“Nigeria is gradually transiting to youthful population, fertility level has dropped like in the Western part of the country,” he said.

Oyetunji, however, said that the commission was working in synergy with Nigeria Identity and Management Commission (NIMC) for the automation and digitization of Civil Registration and Vital Statistics (CRVS).

“We have 3,700 centers registering birth and death issuing certificates free of charge, yet we have the challenge of low as 40 percent birth registration and 10 percent death registration,” he said.

The NPC boss assured of conducting a census in the nearest possible time with the commitment of government and support of donors.