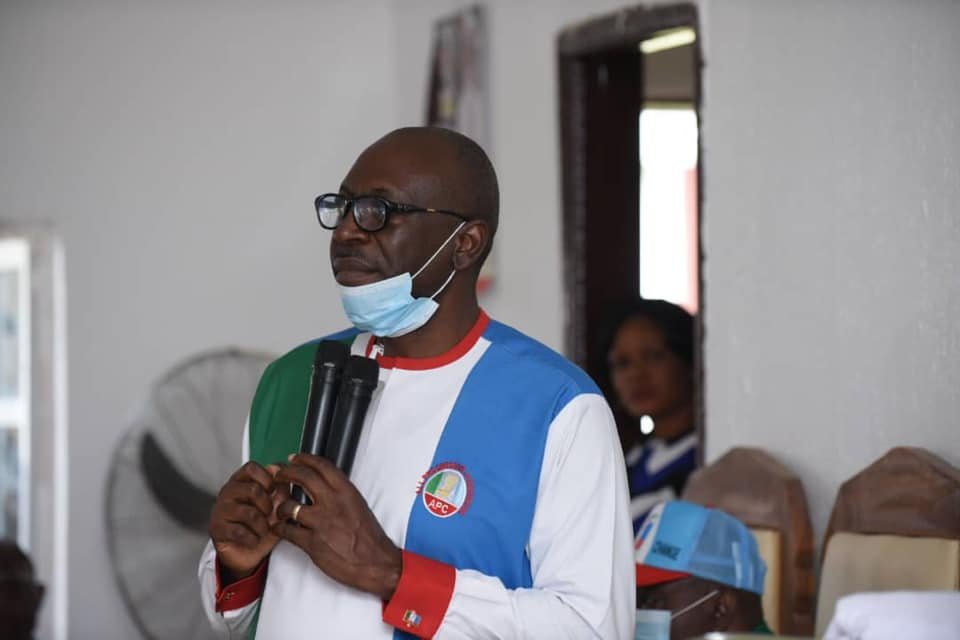 APC gubernatorial candidate in Edo, Pastor Osagie Ize-Iyamu on Saturday dissociated himself and the party from the Aug.13 violence at a PDP rally in Etsako-West Local Government Area of the state. Recall that the election is scheduled to hold on Sept. 19.

Ize-Iyamu denied the allegations at a press briefing in Benin, after he watched the footage of the Peoples Democratic Party (PDP) rally at Apana, Etsako-West Local Government Area.

He said that the All Progressives Congress (APC) had been peaceful during its campaigns across the state and would never be involved in violence.

“We heard of so much violence during the PDP rally in Etsako-West and they are accusing us of the destruction and shooting, saying APC is causing trouble.

“We did not go near their activities, we did not destroy any of their billboards and have no hands in any of the violence that took place at their rally.

“We don’t believe in violence and have no intention to encourage our members to be violent. “We have eyewitnesses of people who committed the act at Apana, Etsako-West.

“There is no time that we or our followers have destroyed property belonging to the opposition parties. “We have been the ones that have complained about the destruction of our campaign billboards,” Ize-Iyamu said.

He noted that the party would follow up with security operatives to ensure that the perpetrators were brought to book. “Petitions have been written while we intend to follow up. We have a list of people involved. They were not policemen, they were known thugs of the PDP.”