Edo 2020: Opinion: Pastor Osagie Ize-Iyamu Could Be Heading To Victory, Here is My Reason 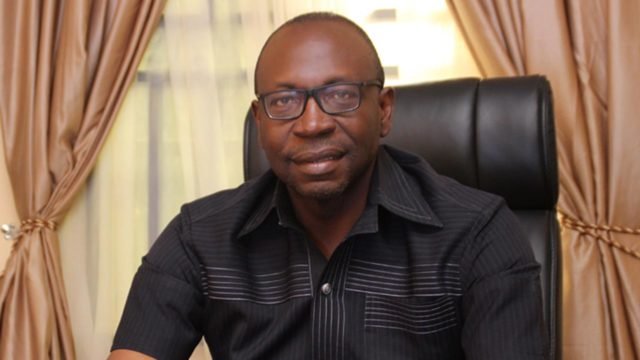 The highly anticipated September 19, 2020, Edo State governorship election is just about a week ahead, and all seem to be working well for the candidate of the All Progressive Congress (APC), Pastor Osagie Ize-Iyamu. With the election just a few days away, it is no doubt that each candidate needs all his men fully behind him at this point in time. But this seems not to be the case for Governor Godwin Obaseki, who has recently lost some of his cabinets to his fiercest rival, Pastor Osagie Ize-Iyamu. Just recently, it was reported by vanguardngr.com that the Edo State Commissioner for Minerals, Oil, and Gas, Joseph Ikpea has resigned from the cabinet of the Edo State government and pledges support for the APC candidate, Pastor Osagie Ize-Iyamu. In a letter addressed to the governor according to vanguardngr.com, Joseph Ikpea cited his reasons for resignation as bothering on lack of trust, respect, interest, and his inability to abandon the APC. It can be recalled that Governor Godwin Obaseki won his first term election under the platform of the APC, and remained a member of the party until recently when he was disqualified by the party from participating in the forthcoming election, a development that led to his defection to the People’s Democratic Party (PDP). With this new development, it can be argued that there could be curiosity in the Governor’s camp over what could happen next as he may not be sure if another key member of his cabinet will also resign or not. As it stands now, it is my opinion that Pastor Osagie Ize-Iyamu could be heading to victory at the polls. My reason for this is due to the level of the resignation of cabinet members in Governor Obaseki’s camp. In my own view, cabinet members ought to have been critical members of the re-election campaign as they have been part of the government for years. But with the incidents of resignations, it becomes clear that some of the cabinet members are not even in full support of the Governor’s re-election bid. This has made me believe that the Governor could be likely betrayed by his own allies, giving way to Pastor Osagie Ize-Iyamu to emerge victorious come September 19, 2020.